(Minghui.org) As part of the 17th World Falun Dafa Day celebrations in Manhattan, over a thousand Falun Gong practitioners did the exercises together in Dag Hammarskjold Plaza Park near the United Nations building on May 12, one of many activities being held to show the public what Falun Gong really is. 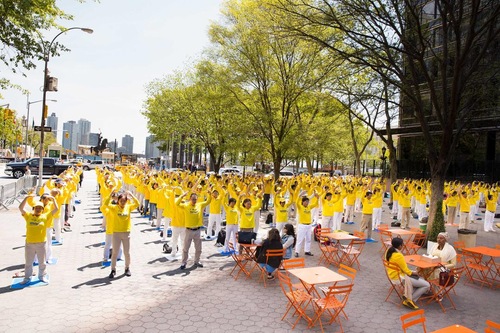 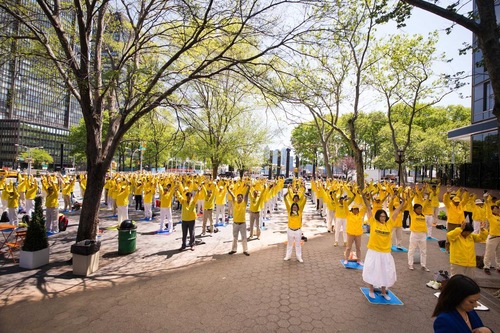 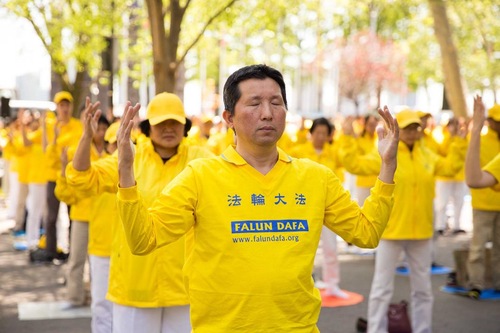 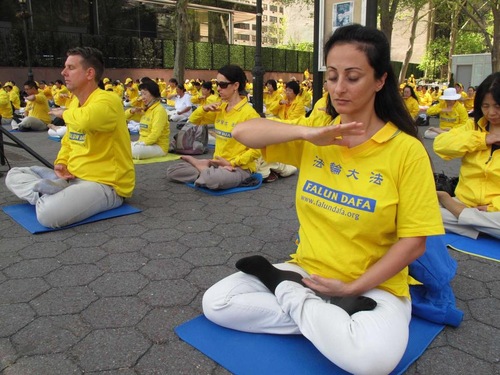 Falun Gong practitioners do the exercises together at Dag Hammarskjold Plaza Park.

Another group of 1100 practitioners formed large Chinese characters for “Falun Dafa” at Gantry Park, which is across from UN headquarters. 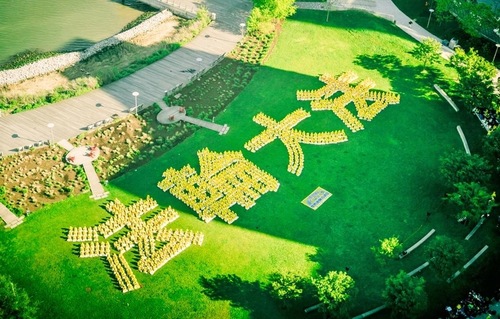 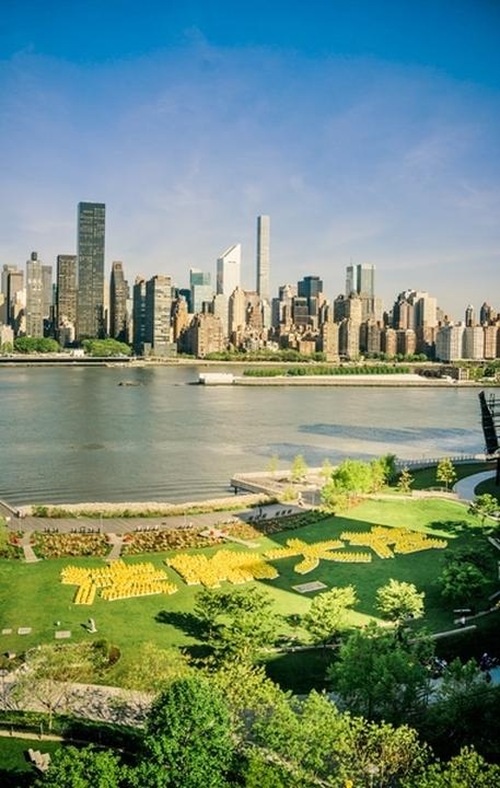 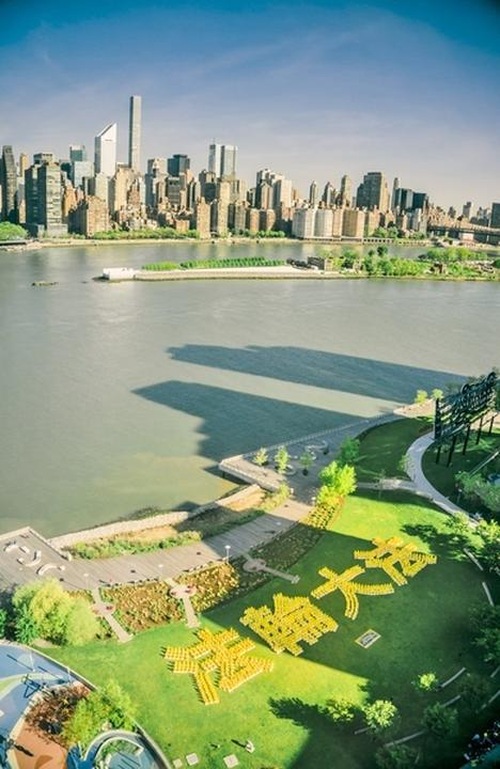 Many people, including UN officials, stopped to observe the two events. They talked to practitioners, and many of them signed the petition to support Falun Gong's peaceful resistance to the persecution in China. 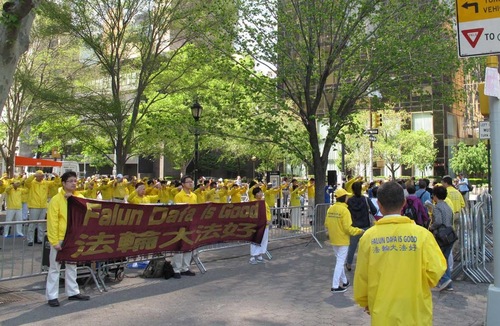 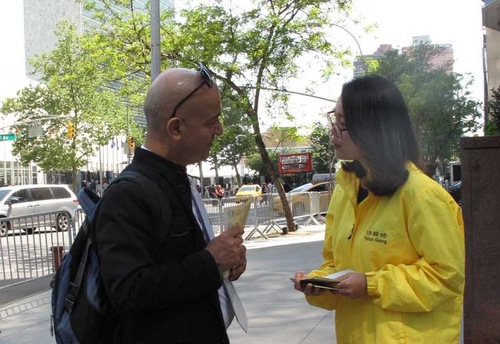 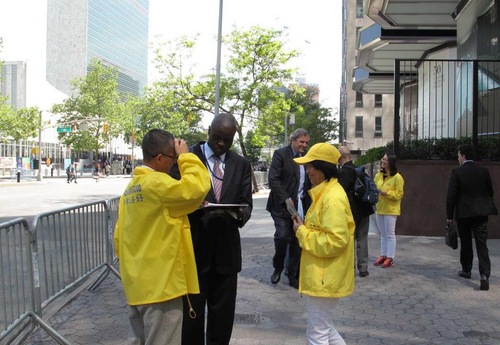 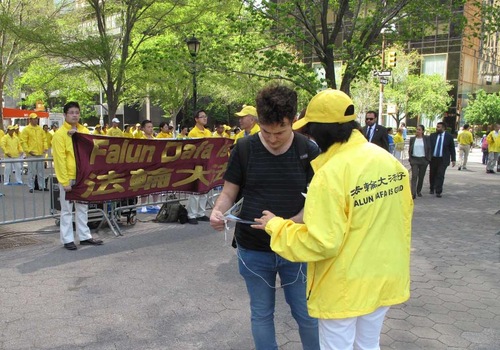 People want to know about Falun Gong and the persecution in China.

Quazi Johirul Islam, a well-known author from Bengal who has published 32 books, was deeply impressed by the peacefulness of Falun Gong practitioners.

“This is a great group, and people should not ignore them,” he said. “This is a good way to control yourself and gain confidence, which is very beneficial in every aspect of life. This is my current understanding of Falun Dafa. I want to know more.” 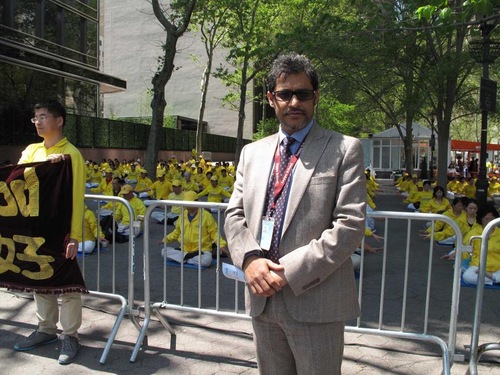 Quazi Johirul Islam, who works at the UN, said that the peacefulness demonstrated by Falun Gong practitioners reflects the hope of the future.

Romi, a NY resident from Israel, was amazed by the exercise demonstration.

“So many people sitting there, peaceful, I was so amazed. I could not believe this is real. Maybe it is because our eyes are used to fast-moving objects. We are used to the fast pace and cannot stop. It is so beautiful to see them meditating so peacefully and relaxed. I can relax just by looking at them.”

Romi believes that keeping the mind calm is very important, because it allows one to reflect and observe and think about the real meaning of life. “We will find the answer when we slow down,” she said. 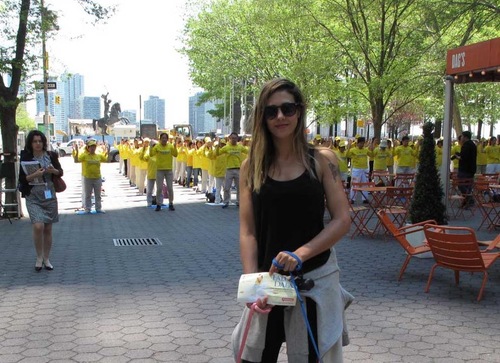 Romi praised Falun Gong practitioners for fighting for their rights.

Antonia, a local chef, felt lucky to see the group doing the exercises. She loves Chinese culture and meditation. “This practice will liberate you from daily anxiety, and give you wisdom and creativity,” she said. “The communist party doesn't want to see this, because they want to fool people so that they can easily control them.” 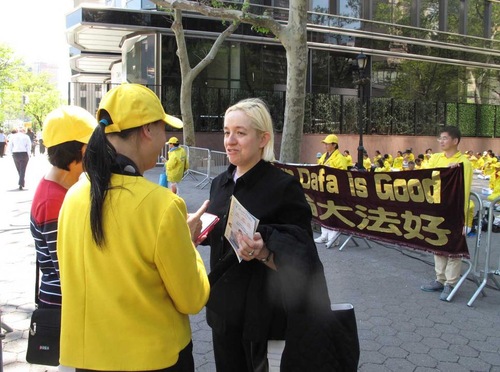 Antonia hopes that more people can learn about Falun Gong and benefit from it. 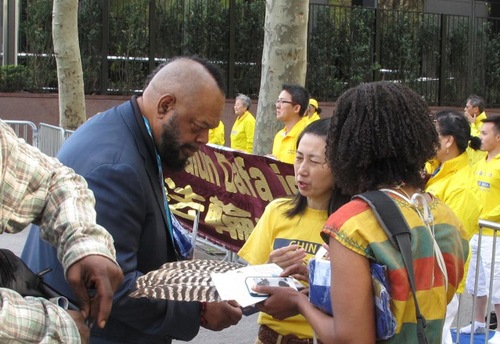 Hemoc Akan Xelup, an officer with The National Association for the Advancement of Indigenous People, was shocked when he learned about the persecution of Falun Gong in China. He signed the petition and praised practitioners' peaceful resistance. 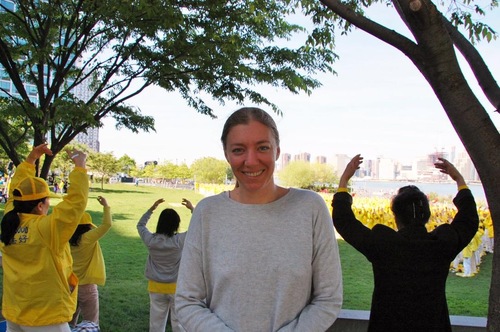 Katherine, a local artist, felt amazing energy when she passed by and asked for details about Falun Dafa. 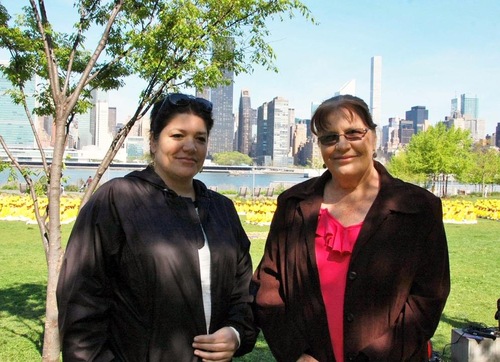 Patricia Smiles and her daughter Tabitha Smiles from Oregon started practicing Falun Dafa two years ago. Although they had seen the pictures of Falun Gong's character formations, this was the first time that they had ever attended a large scale Falun Gong event. Patricia felt a strong yet peaceful energy field.