(Minghui.org) As the 17th annual Falun Dafa Day, May 13, is approaching, reports of celebrations all over the world keep pouring in. Here, we provide snapshots of several events held in Midwest and Southern U.S.A. cities.

Practitioners from the greater Dallas area and Oklahoma held a celebration in Russell Creek Park in the City of Plano on May 7. Two Plano City Council members came to the event, and read a recent proclamation issued by the mayor. 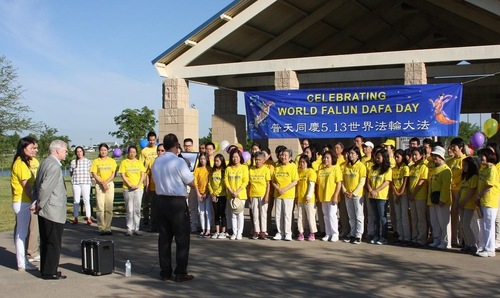 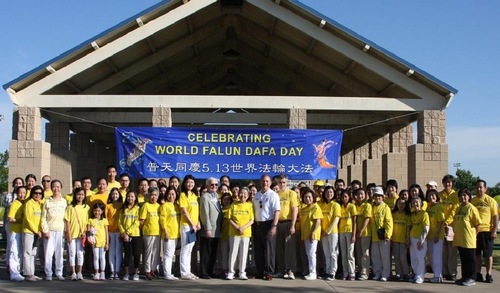 In the proclamation Mayor Harry Larosiliere recognized Falun Dafa as an advanced self-improvement practice for the mind and body, which is peaceful, healthy and rooted in ancient Chinese culture.

The mayor also praised the teaching of Falun Dafa – Truthfulness-Compassion-Forbearance – and the positive impact that Falun Dafa has brought to the community. 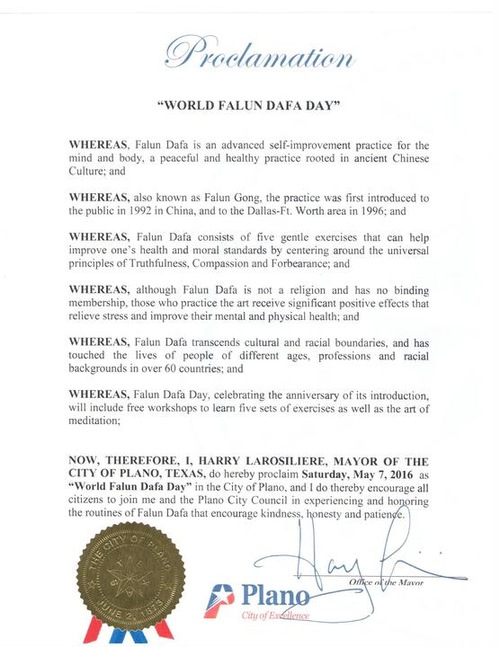 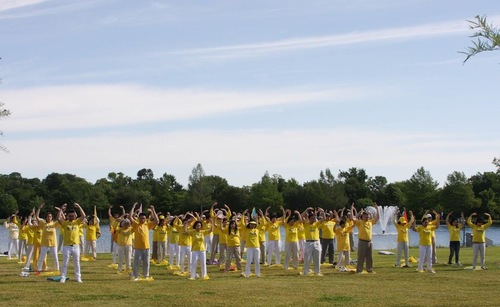 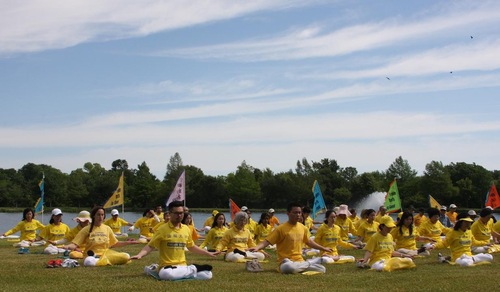 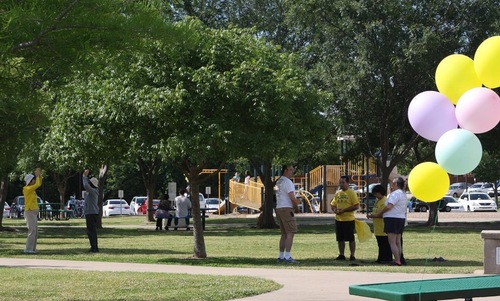 People learning the exercises at the celebration 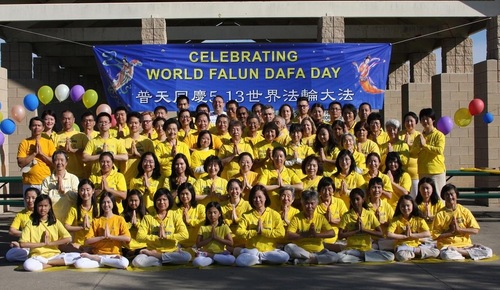 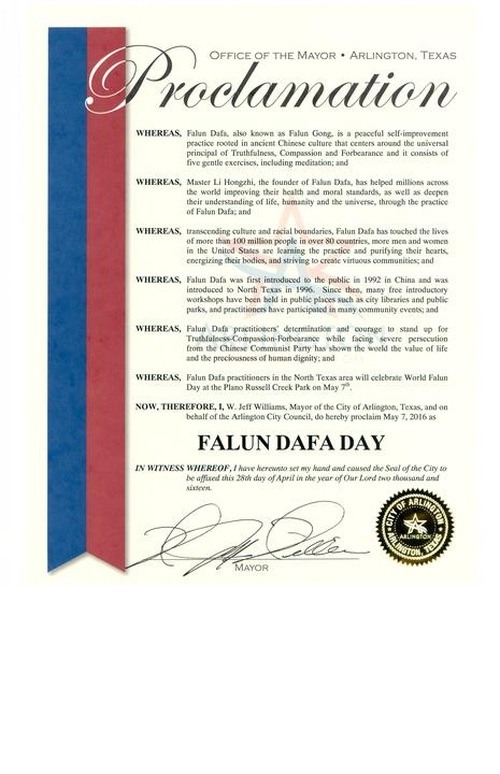 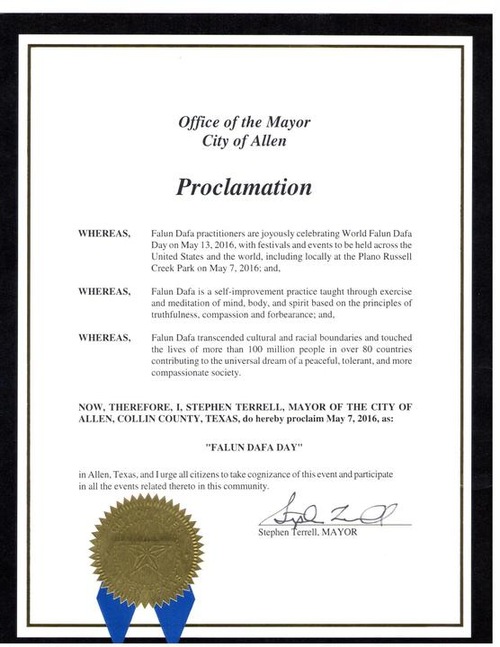 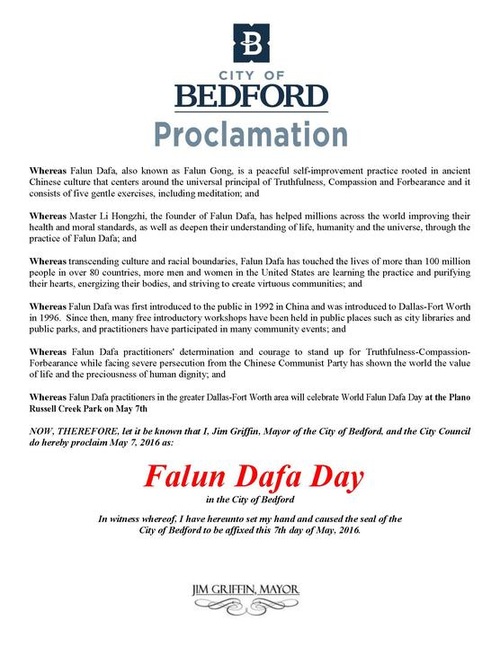 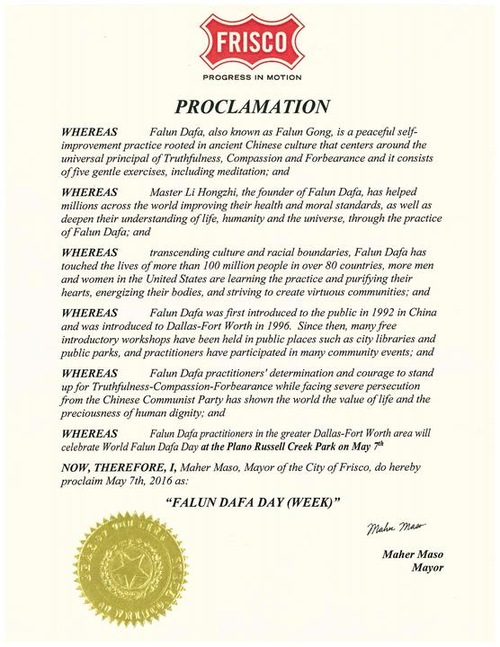 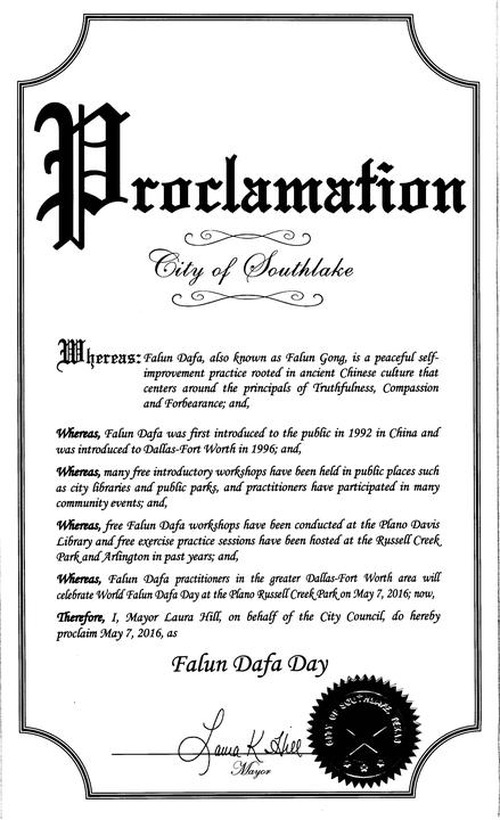 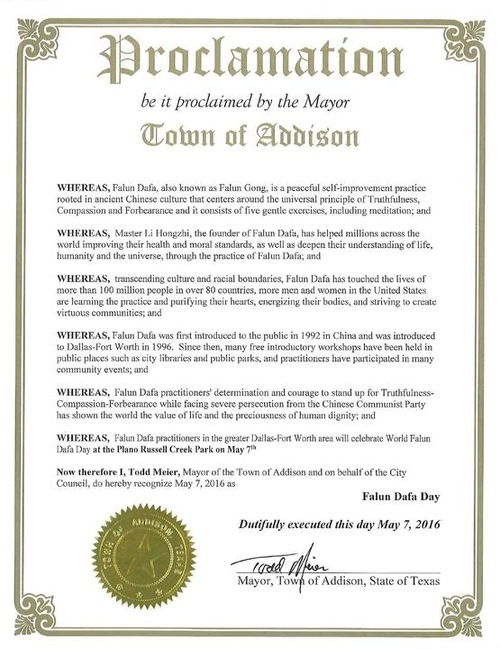 Practitioners from the greater Chicago area held group exercises and a photo exhibition at the well-known tourist spot, Buckingham Fountain. They shared the beauty of Falun Gong and exposed the brutal persecution of the practice in China. 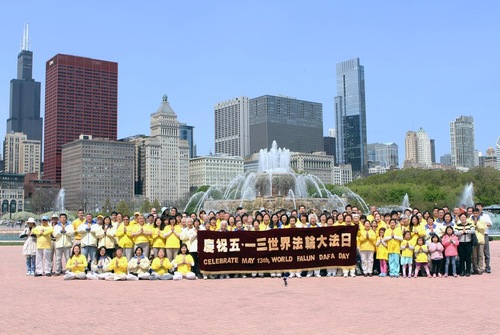 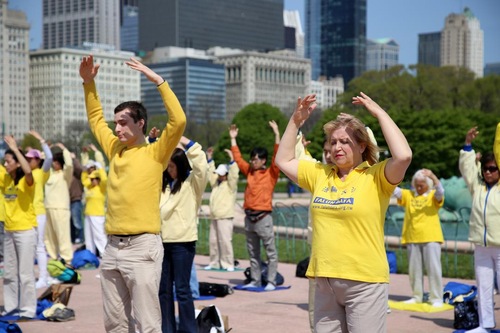 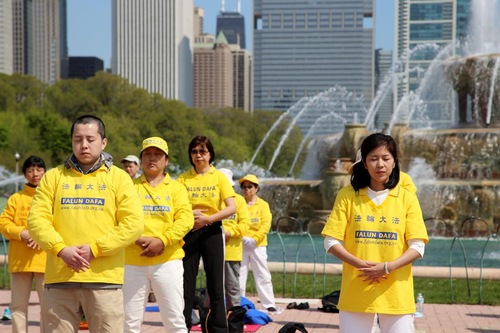 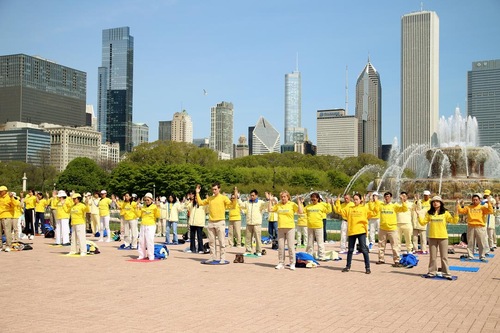 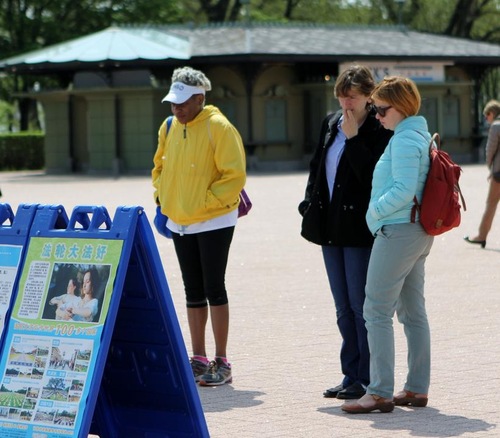 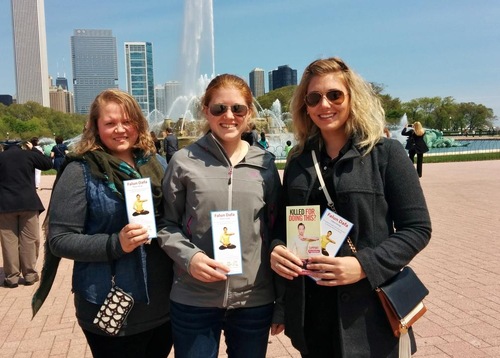 Three tourists signed the petition to condemn the persecution and show their support for Falun Gong's peaceful resistance. 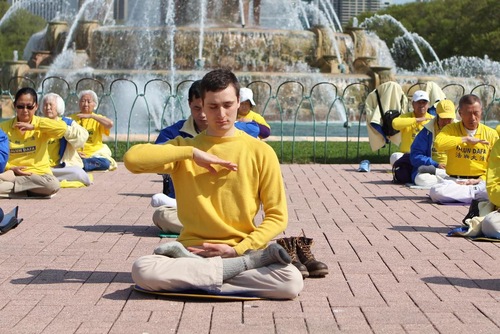 Jasha Sommer-Simpson, a student at the University of Chicago and a new Falun Gong practitioner, said that he found the meaning of life from practicing Falun Gong.

Jim Ardis, the Mayor of Peoria, IL, proclaimed May 13 to be Falun Dafa Day in Peoria. In the proclamation he praised Falun Gong for “helping people turn away from violence, drugs, and alcohol to pursue more meaningful lives by taking responsibility for their own decisions and actions.” 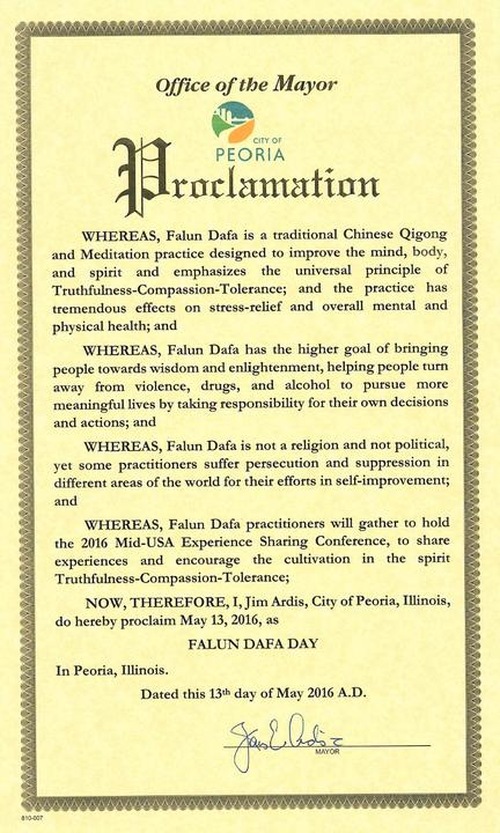 The proclamation issued by the mayor of Peoria, Jim Ardis.

The celebration in St. Louis was held in the landmark Forest Park on May 7. 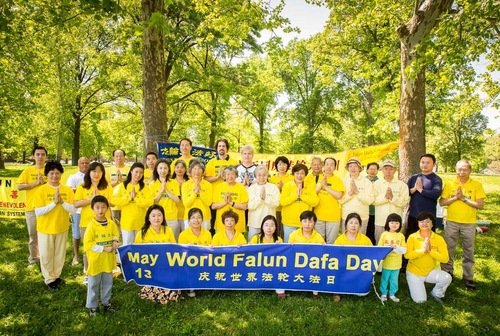 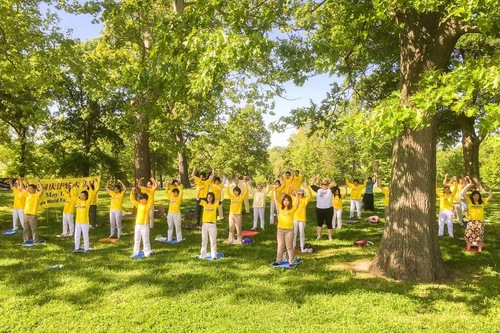 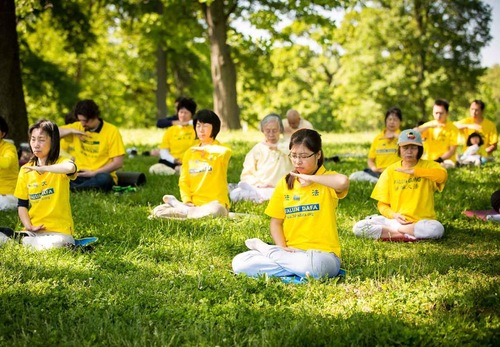 Practitioners from all walks of life, spanning professions from pilots to biologist, from 4 years old to 80 years old, expressed their appreciation for Falun Gong, which has healed their allergies, asthma, and even cancer. 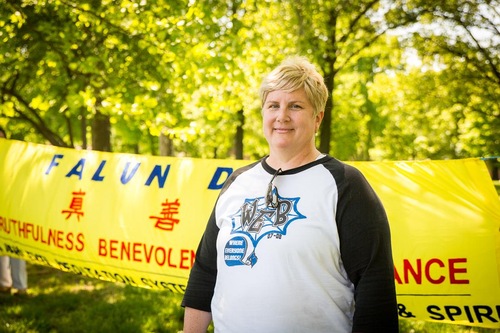 Amy, a new practitioner, feels relaxed every time she does the exercises. She drives forty minutes to join the group exercises every week.