(Minghui.org) As May 13 is fast approaching, practitioners who are illegally detained in China for their belief in Falun Dafa are sending their greetings to wish revered Master Li a Happy Birthday and to celebrate the 17th World Falun Dafa Day.

In this report, we present a selection of 21 greetings received from practitioners illegally detained in the following places:

Greetings to Master have also been received from practitioners who are illegally held in following prisons and detention facilities:

Among the well-wishers are a mother and two daughters, as well as her illegally detained husband from Bairin Left Banner, Chifeng City, Inner Mongolia.

In the greetings sent by practitioners who are illegally held in Mudanjiang Prison, Heilongjiang Province, they wrote, “With the Fa in mind and firmly believing in Master, disciples have walked through a difficult and harsh time. Now the cold winter has come to its end, and the warm spring sees the blooming of flowers, disciples here respectfully wish revered Master a happy birthday, and celebrate Falun Dafa Day!” 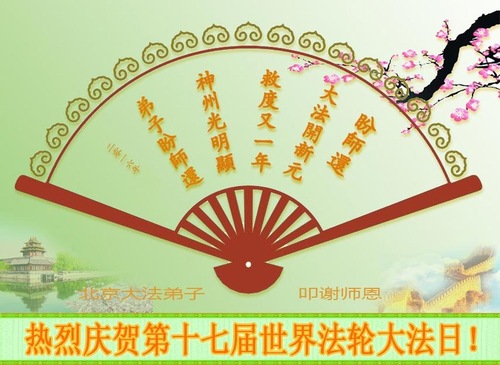 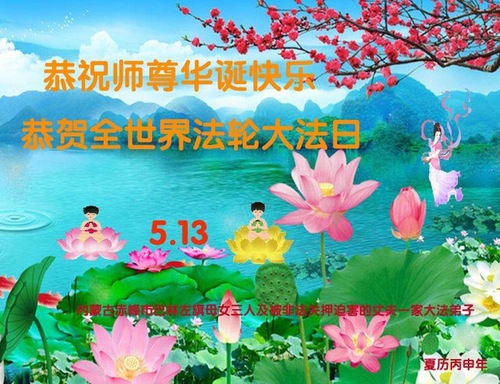 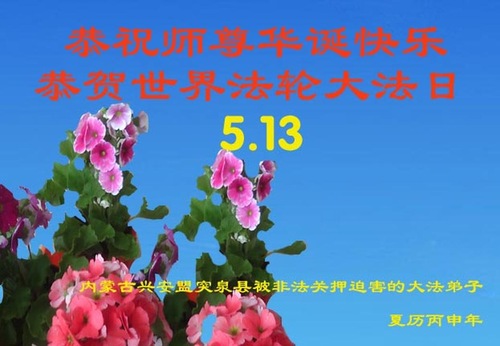 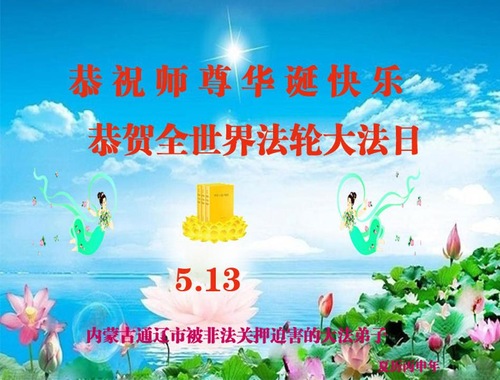 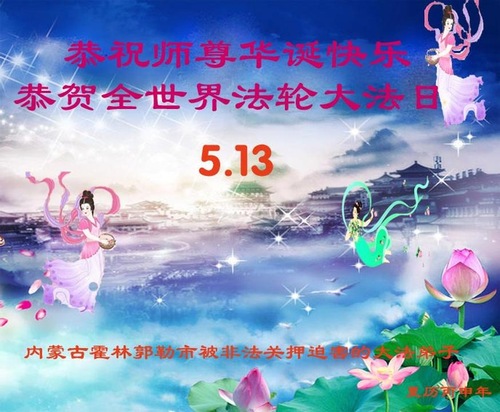 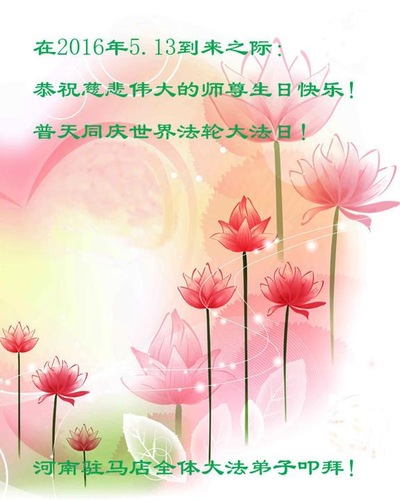 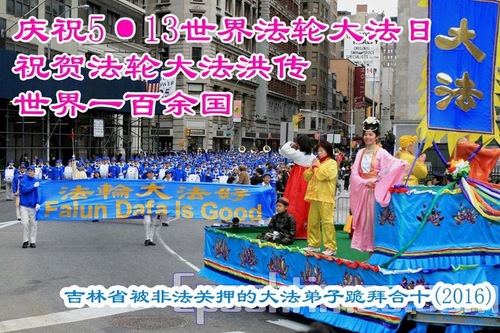 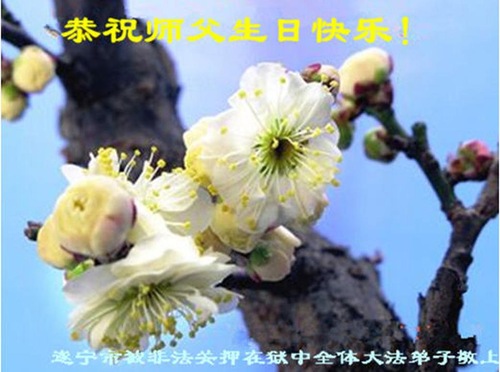 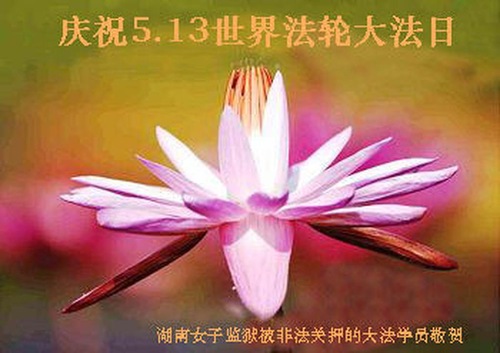 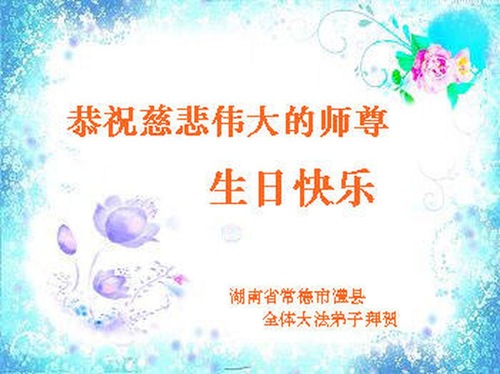 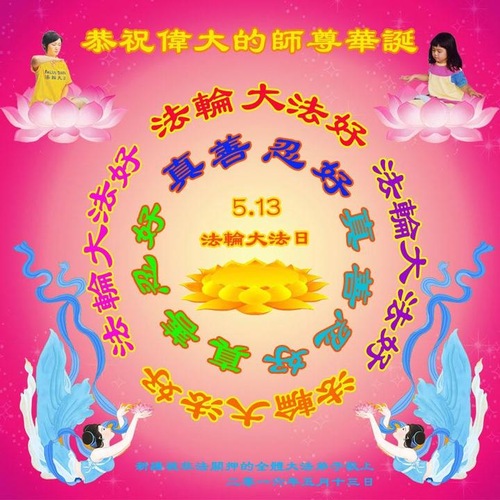 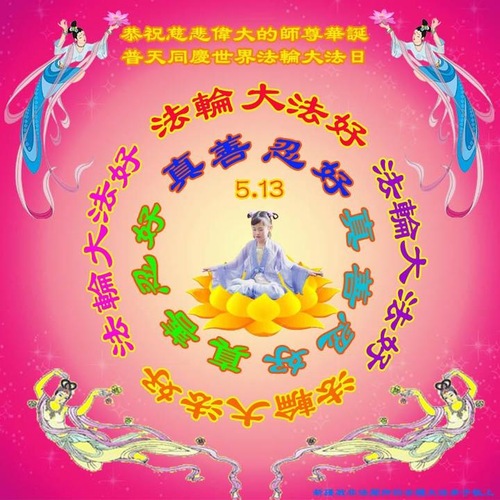 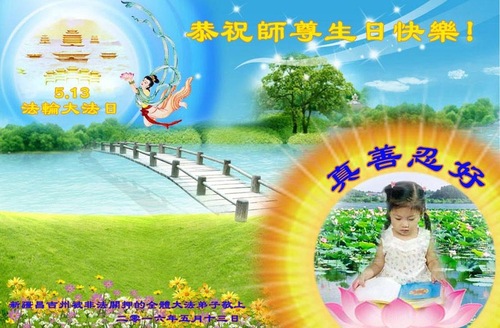 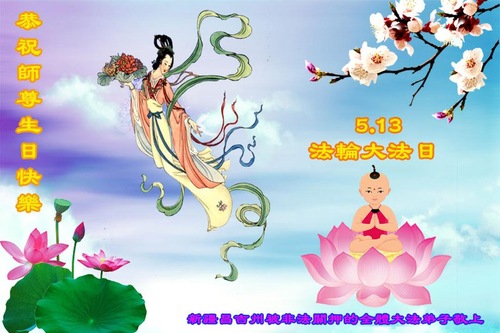 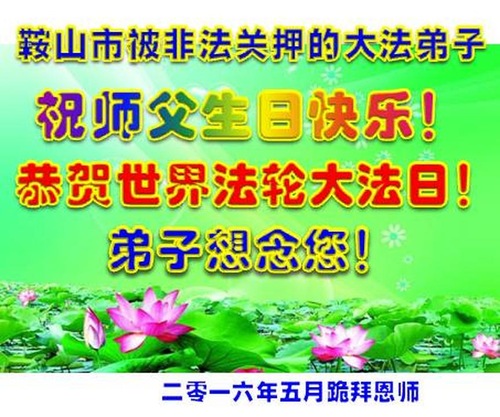 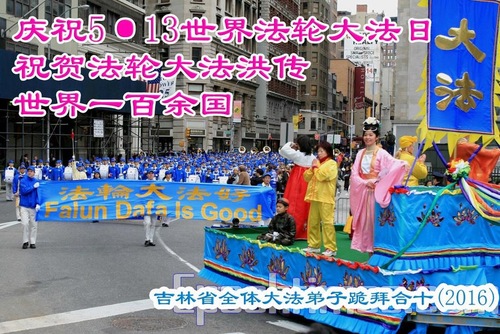 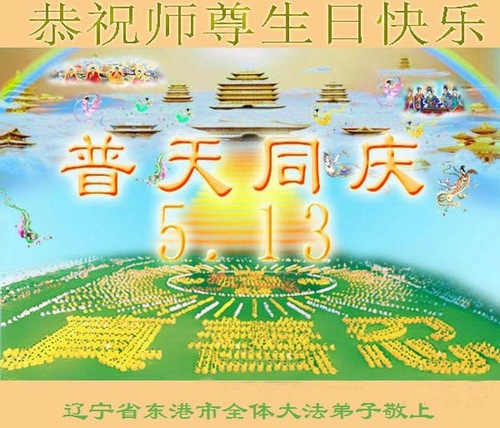 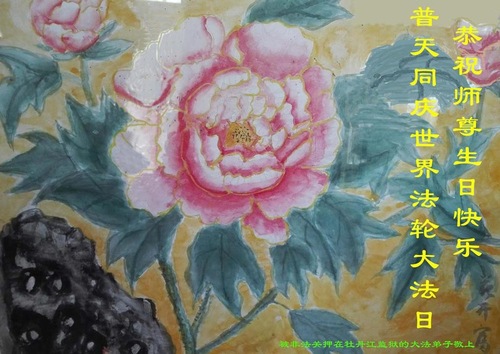