(Minghui.org) Falun Gong practitioners in London held activities on Trafalgar Square on April 24, 2016, to commemorate the April 25 peaceful appeal in Beijing 17 years ago.

They gave out information on the brutal persecution of Falun Gong by the Chinese Communist Party (CCP) and demonstrated the Falun Gong exercises. Many people, including tourists from around the world, had a chance to find out the truth about Falun Gong, and many signed a petition to support the lawsuits being filed against Jiang Zemin, the head of the CCP responsible for initiating the persecution. 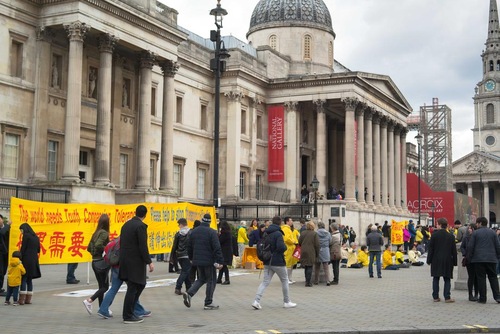 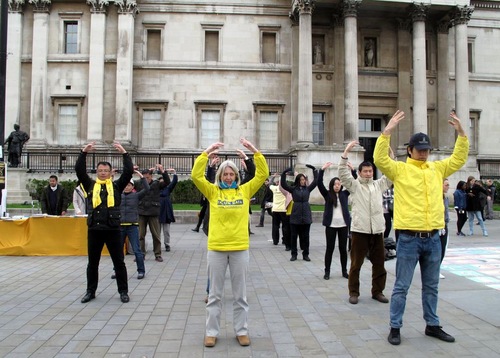 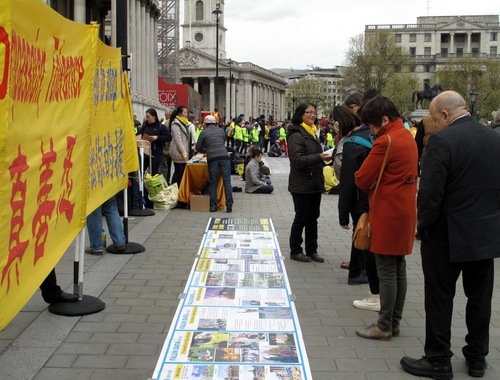 Falun Gong practitioners on Trafalgar Square in London on April 24, 2016, to commemorate the April 25 peaceful appeal in Beijing 17 years ago 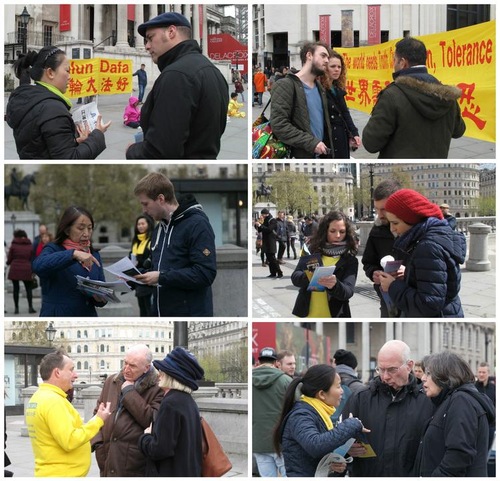 Many people take information and learn about the persecution.

Falun Gong practitioners set up displays and banners that said “Falun Dafa,” “The World Needs Truthfulness-Compassion-Forbearance,” and “Please Help Stop Persecution of Falun Gong.” Passersby read the display and flyers, listened to Falun Gong practitioners' explanations, and signed to show their support for the lawsuits being filed against Jiang. 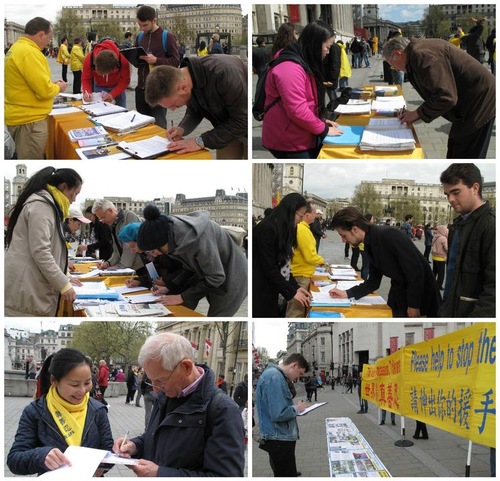 Visitors sign to support the lawsuits being filed against Jiang Zemin.

It was the first time many had heard about the appalling crime of harvesting organs from living Falun Gong practitioners. A lady from Spain said everyone in the world should know it and that it should stop immediately. Zumila from Portugal had heard about the persecution from Portuguese Falun Gong practitioners. She explained it to her friend Ruta, and both of them signed the petition.

Several people volunteered to help give out information about stopping organ harvesting. One young man, Jack, signed the petition and said, “It's barbaric! It concerns everyone. I will certainly tell everyone I know about it.”

Japanese Reporter: The Persecution Is Doomed 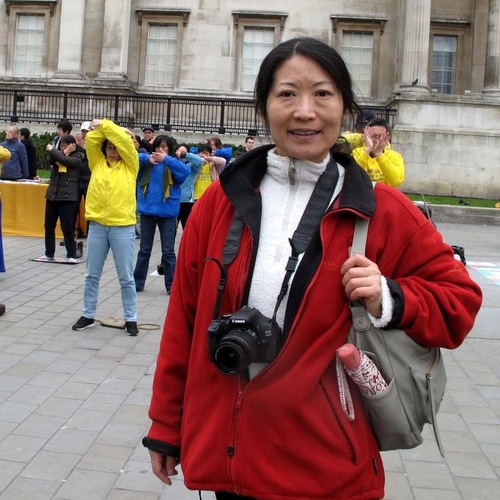 Megumi, a Japanese reporter, said she already knew about the persecution.

She said, “I have seen reports on the persecution on NTDTV. I think it’s completely wrong. It should never have happened. It must stop as soon as possible...The root of the problems is communism, which doesn't admit the existence of a spiritual world or the spiritual nature of humans. It completely denies the invisible or intangible and tries to destroy beliefs. But it isn't able to. It's completely wrong. The CCP is pulling people down instead of helping people progress.”

She said that organ harvesting should stop immediately and, “I wish you good luck! The righteous will defeat the evil!”

John, a retired Shell employee, and his wife, a member of Amnesty International, signed to support the lawsuits. They were shocked to hear about the forced live organ harvesting and condemned it. John's first reaction was, “Appalling! Disgusting! Awful! Terrible! Unacceptable!”

Both John and his wife agreed that Falun Gong brought peace and hope to a world filled with violence. He said, “If everyone in the world could find peace through cultivation of Truthfulness-Compassion-Forbearance, violence wouldn't be able to find a place in the world, and everyone would benefit.” They wished the practitioners well and said they would help spread the word.

Chinese Man: I Have Read the Nine Commentaries. I Will Sign

A Chinese man spent a long time reading the display and taking pictures. He told practitioners that he had lived in the Britain for 20 years and had been finding out about Falun Gong. When a practitioner told him about the lawsuits being filed against Jiang, he immediately signed his name on the petition. He had read the Nine Commentaries on the Communist Party and said he knew Jiang had initated the persecution for no good reason.