(Minghui.org) Falun Gong practitioners in Taichung held a rally in Hulutun Park on April 24, 2016, to commemorate the 17th anniversary of the April 25 peaceful protest. They also did the exercises together and held a photo exhibition to voice their disapproval of the Chinese Communist Party's (CCP) persecution of Falun Gong in China. 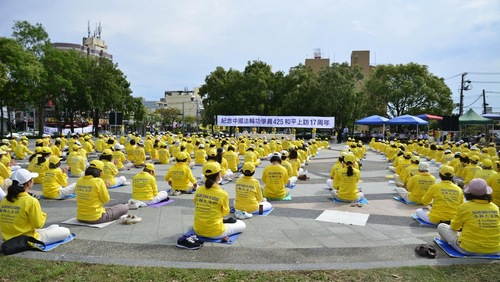 Falun Gong practitioners in Taichung hold a rally in Hulutun Park on April 24, 2016 to commemorate the 17th anniversary of the April 25 peaceful protest. 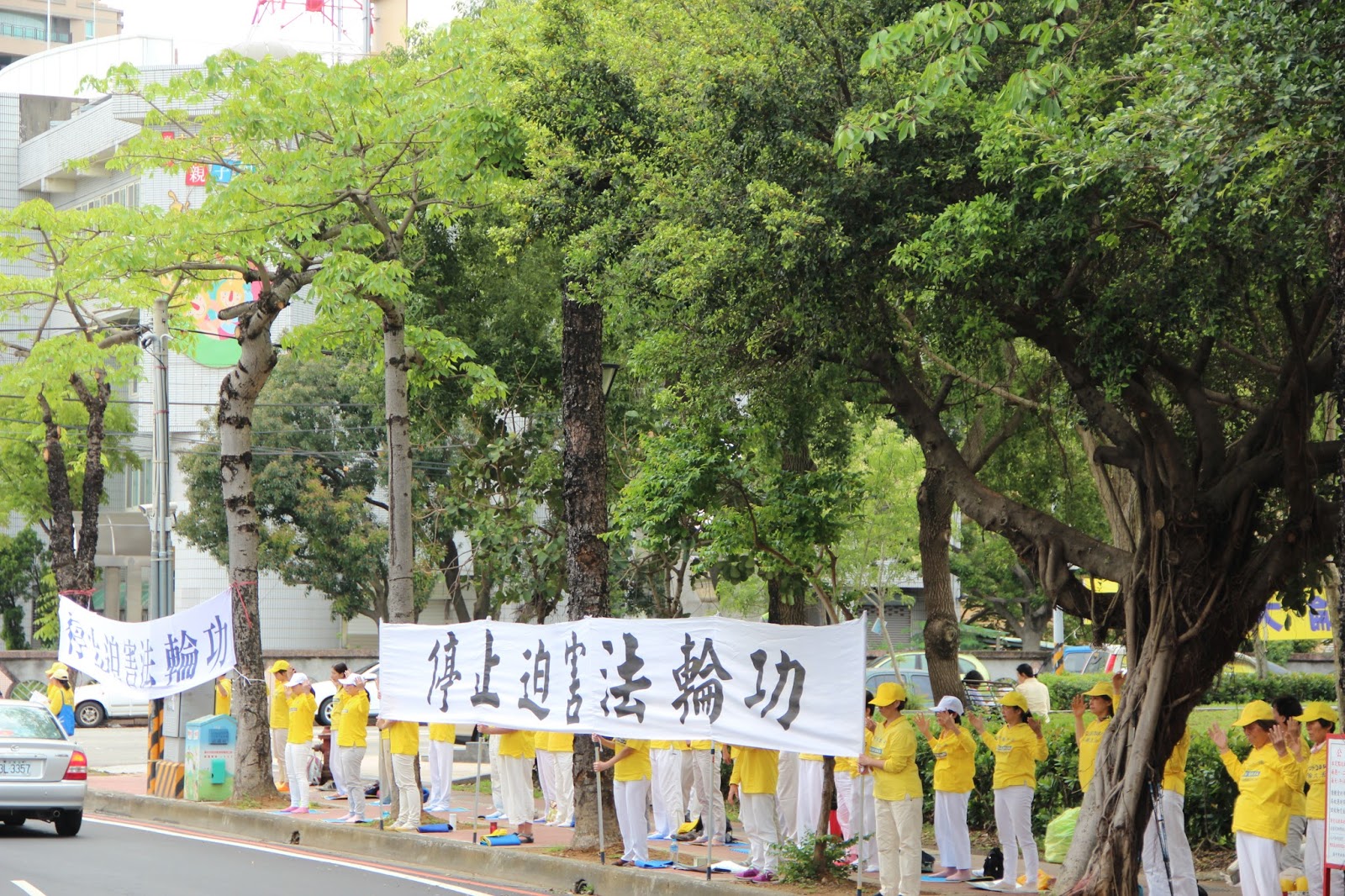 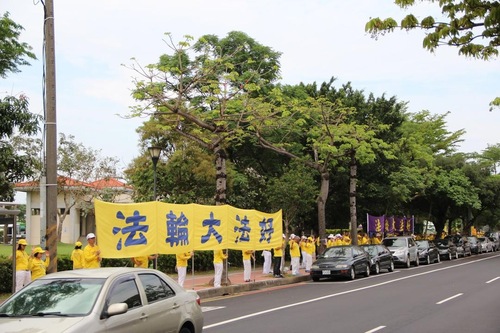 The banners say, “Falun Dafa Is Great” and “Stop the Persecution of Falun Gong.”

Passersby stopped to take Falun Gong flyers and sign the petition supporting the lawsuits being filed against Jiang, the former head of the CCP who initiated and carried out the persecution.

Former City Councilor: I Express My Support Wherever There Is a Fallen Gong Event

Political, legal, and business leaders attended the rally to express their support. City Councilor Hsie Chi-chong came before the event started and signed the petition supporting the lawsuits being filed against Jiang.

Former Taichung City Councilor Gao Chi-tsan praised the practitioners' protest efforts that have continued for the past 17 years, “Outstanding!” He pointed out that the CCP has no respect for human rights and even carries out live organ harvesting from Falun Gong practitioners. He thought that Falun Gong was a strong power with which to thwart the CCP, and he strongly supports it. He said, “I express my support wherever there is a Falun Gong event, even when I travel to other countries, like Japan. This is what I can do.”

Former Director of Taichung Branch of High Court: Raising Awareness of Falun Gong Is Beneficial to the Development of Democracy and Rule of Law in China

Former Director Gu Chi-nan of Taichung Branch of High Court noted that the CCP persecution of Falun Gong is illegal and defies human rights. He said that, although China's Constitution guarantees freedom of belief and human rights, the Party set up the 610 Office to unlawfully arrest and imprison Falun Gong practitioners. He called on the people of Taiwan to stand up and condemn the persecution of Falun Gong.

He said that raising awareness of Falun Gong is beneficial to the development of democracy and rule of law in China. 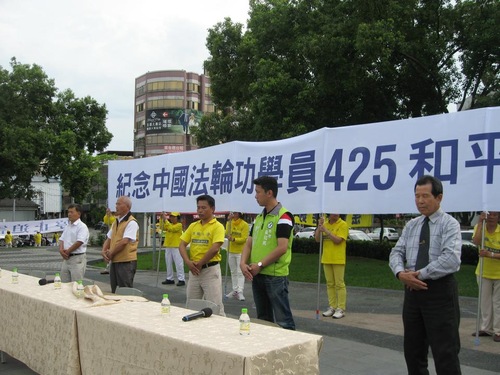 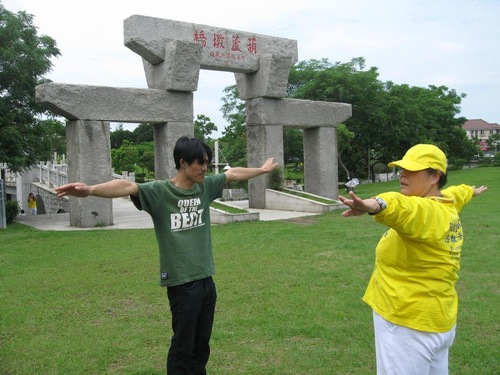 Passerby Mr. Yang found out more about Falun Gong and learned the exercises. He asked for information on the local practice site.

A Falun Gong photo exhibition was held in the park. Passersby listened to the practitioners' explanations and signed the petition supporting the lawsuits against Jiang Zemin. 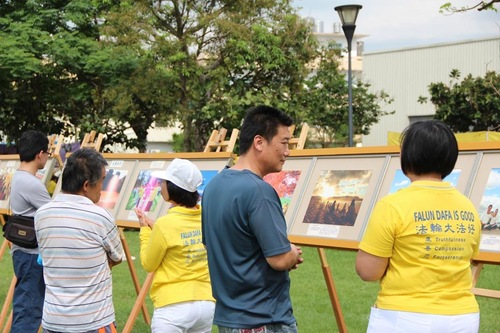 Mr. Li (second from right) said that the CCP's practice of live organ harvesting from Falun Gong practitioners is cruel and inhumane.

Mr. Chen and his wife brought their two children to play in the park. A practitioner described Falun Gong's marvelous healing effect and explained the reason for the April 25 peaceful protest. Ms. Chen said, “I want to learn it. I will when my children are a little bigger.” Mr. Chen was eager to see the practitioners' exercise demonstration. Both of them signed the petition against Jiang after learning about the CCP's brutal persecution of Falun Gong.

Mr. Li accompanied his family to walk in the park. He knew a little about Falun Gong. After listening to a practitioner, he found out about the grave persecution. He said that the CCP's live organ harvesting from Falun Gong practitioners is cruel and inhumane. He said he would let his friends know about what he had learned in the park, and he signed the petition.

On July 20, 1999, Jiang Zemin, as head of the Chinese Communist Party, overrode other Politburo standing committee members and launched the violent suppression of Falun Gong.

The persecution has led to the deaths of many practitioners over the past 17 years. More have been tortured for their belief and even killed for their organs. Jiang Zemin is directly responsible for the inception and continuation of the brutal persecution.