Over 2,400 in Sichuan Participate in Reporting Jiang Zemin's Crimes

(Minghui.org) More people in China are becoming aware of the persecution of Falun Gong and supporting practitioners' efforts to bring it to an end and to prosecute Jiang Zemin, the former Chinese leader who initiated the violent suppression of the spiritual practice.

In Meishan, Sichuan Province, 2,476 people have signed forms reporting Jiang Zemin's crimes to the Supreme People's Procuratorate and Supreme People's Court between November 2015 and the end of January 2016. 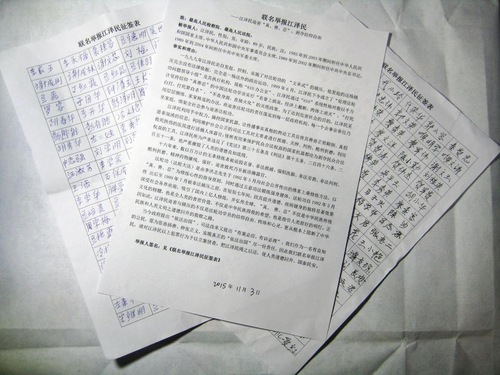 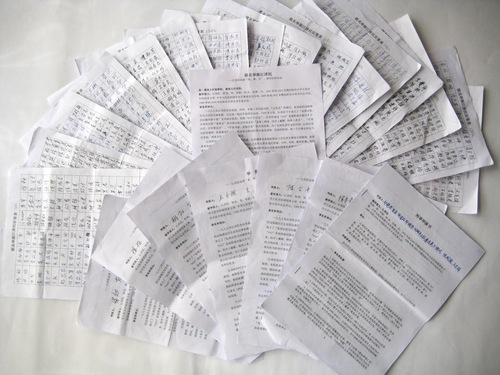 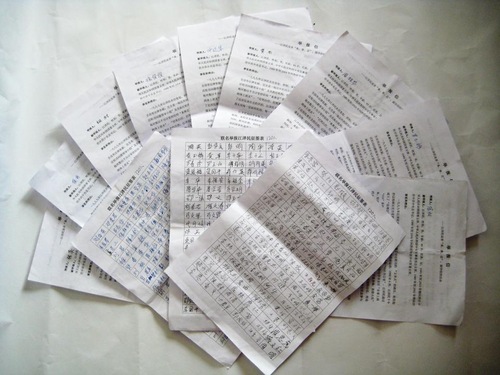 In collecting these signatures, practitioners met many people who were eager to support their effort.

A farmer selling vegetables in a market even took a copy of the petition form to a tea shop in his town to let more people sign it.

A local resident said, “Jiang Zemin will get retribution for his crimes!” He said he visited Taiwan before and saw people collecting signatures to report Jiang's crimes at tourist hotspots. When asked if he would participate, he said right away, “Sure! Use my real name.”

Chinese law allows for citizens to be plaintiffs in criminal cases, and many practitioners are now exercising that right to file criminal complaints against the former dictator. The law also allows people to file reporting criminal cases without need of using true names. Many practitioners encourage people to join the effort to report Jiang's crimes and stop the persecution.