(Minghui.org) A young father signed a petition form and bent down to talk to his little boy. Pointing to some Falun Gong practitioners demonstrating the exercise, he said, “The Chinese government is taking organs from a group of people like them and selling them for money. Dad just signed the form to tell the Chinese government not to do such things. It is really bad.”

The father and son pair was one of thousands of people who packed the annual Hyde Park Community Fair on March 6-7, 2016. The fair is one of the largest multicultural events of west Australia. 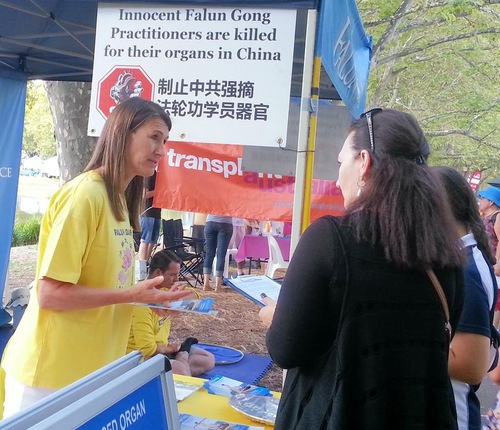 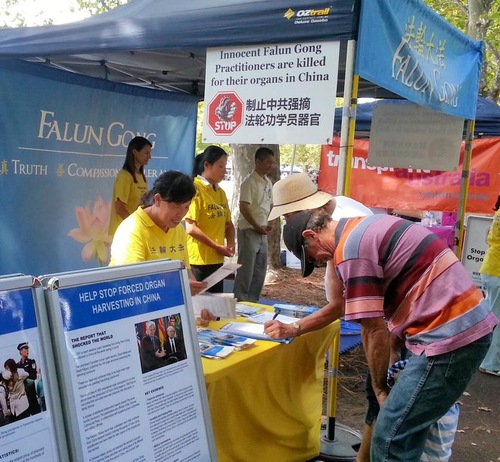 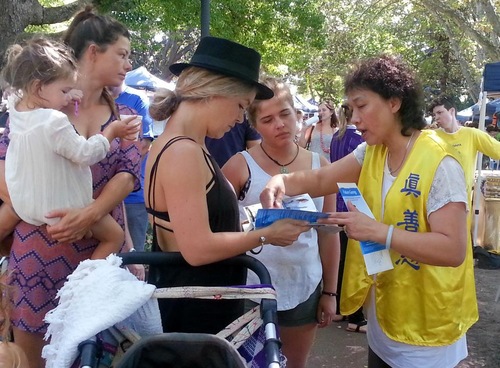 For the past many years, Falun Gong practitioners have participated in the fair as the sole group representing the Chinese community, by performing traditional dragon dance, waist drums, and demonstrating the Falun Gong exercises. They displayed banners and picture boards to inform the public about the persecution of Falun Gong in China, and received strong support from the local communities.

Mrs. Crawford signed the petition and talked to a senior Falun Gong practitioner. When she noticed that the practitioner didn't speak English she raised her thumb and then gave a bow.

Mr. Crawford signed too, and told another practitioner that they had watched a documentary about the organ harvesting crimes in China last year on SBS TV, and were very aware of the Chinese Communist Party's atrocity.

The Newton family was visiting west Australia from London, where they had already learned about the organ harvesting crimes, and had signed the petition at a local event. The family of three signed again at the community fair wishing to stop the crimes as soon as possible.

Val Hold said while signing his name, “We have worked hard to save black bears. Today we are signing to save people. We are making efforts to save the conscience of mankind.”