(Minghui.org) Beijing and Tianjin, its adjacent provincial-level city, play important roles in China. One is the nation's capital, and the other fostered the early suppression of Falun Gong by the communist regime.

After an article defaming Falun Gong was published and practitioners went to Tianjin Education Institute to clarify any misunderstandings that may have led to its publication, Tianjin police arrested them on April 24, 1999, claiming that an order had been received from Beijing to do so.

The incident led to a larger-scale peaceful appeal in Beijing the next day, followed in July by a nationwide policy of persecution ordered by then-Chinese leader Jiang Zemin.

Since May 2015, more than 200,000 criminal complaints have been filed against Jiang for directing the violent suppression of Falun Gong. Citizens from all walks of life in Beijing and Tianjin are also taking part: practitioners collected 361 signatures in Beijing and 124 in Tianjin calling on China's highest judicial level to prosecute Jiang Zemin. 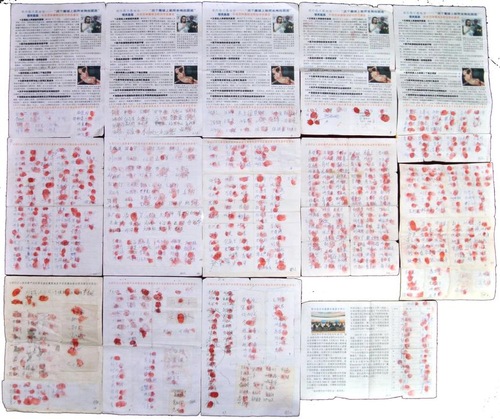 A portion of the signatures collected in Beijing and Tianjin

One man in his 80s was glad to sign the petition. “Society is a mess now—corruption, pollution, and moral degeneration. It was all caused by Jiang Zemin. By suppressing innocent Falun Gong practitioners, he has led society in the wrong direction.” The man said that this could result in a dire future for China. He said, “I am more than happy to sign petitions helping to correct this.”

Mr. Jing, in his 50s, lives in the suburbs of Beijing. He said he had learned from family members, neighbors, and friends about Falun Gong's extraordinary spiritual and physical benefits.

“My wife used to have many illnesses, and she recovered soon after practicing Falun Gong. I support you because I know Jiang is wrong,” he said.

One small business owner said he was impressed by practitioners' honesty–“and good health, too. Both of them are priceless.” He said Jiang should have been brought to justice a long time ago. 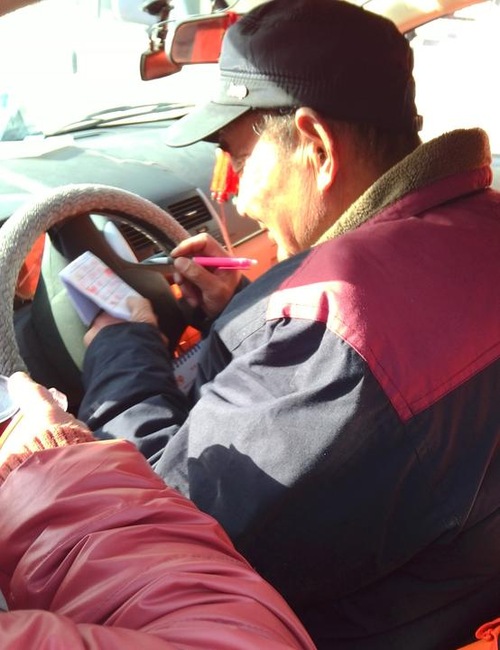 One person said that his family had suffered in many political campaigns in the past. “Because of the Communist Party, our family lost everything. The regime has harmed so many people and continues to suppress people for decades, even after seizing power.”

A fruit vendor said she had seen practitioners being tortured to disability. “Falun Gong practitioners follow the principles of Truthfulness-Compassion-Forbearance. Isn't this a good thing?” She said that Jiang needs to be punished for his crimes. “This is very important for our society, and sentencing Jiang will bring a new China.”

A retired legal professional said that he was aware of how Jiang has systematically mistreated people with violence and lies, especially on the Falun Gong issue. “I'm glad to sign a petition like this, because suing Jiang is something I had been thinking about for many years, and finally it is coming to pass.” 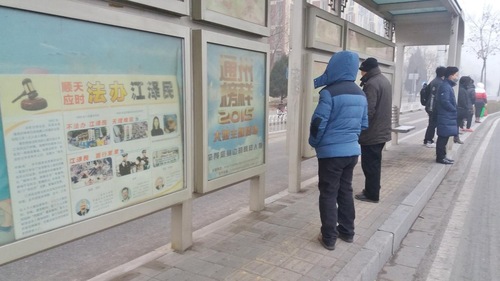 A poster in Beijing raises awareness of the criminal complaints being filed against Jiang Zemin.

“Etiquette is a Prerequisite for Offering Salvation to Sentient Beings”