Jiang is the former head of the Chinese communist regime who launched the violent persecution of Falun Gong in China in 1999. Since last May, many Chinese citizens have joined the effort to report Jiang's crimes and are actively supporting Falun Gong practitioners’ efforts to bring Jiang to justice.

Over a Thousand People in Sanhe City Sign Petition

After Sanhe City residents were told the facts about Falun Gong and of the brutal 16-year persecution of the practice, many expressed their support for suing the former dictator. By early February 2016, a total of 1,121 people in Sanhe City, Hebei Province, had signed or put their fingerprints on the petition to show their support for the lawsuits.

Most importantly, these people urged the court and the Procuratorate to look into the deaths of practitioners Liu Shujuan and Zhang Yushu, as well as the injuries to practitioner Jia Xueyun, which Jia sustained due to persecution. They demand that the courts punish Jiang Zemin and immediately stop the persecution of Falun Gong. 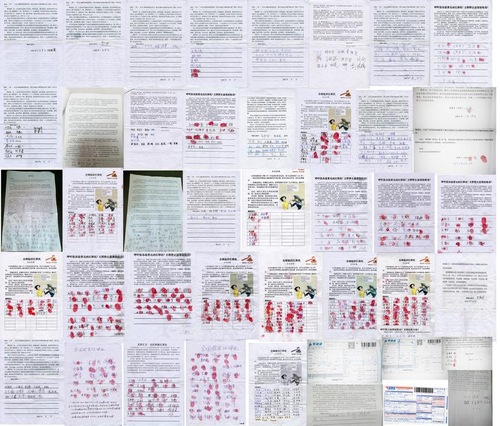 Many who signed the petition expressed their feelings for bringing Jiang to justice:

“We have wanted to sue Jiang for a long time. Everything he did was morally corrupt. We lost our jobs because of him,” said a laid-off worker.

“I want to sue him for his giving away the nation's territory,” said a retired worker.

“I want to sue Jiang. He persecuted so many people and caused their deaths. He is just evil,” said a 70-year-old farmer.

“Jiang harmed China and the Chinese people. He is truly a traitor,” said another person who signed the petition.

“You Falun Gong people did well. Suing him is great. He will be known in history as a criminal,” said a clothing merchant.

“Jiang Zemin is without shame. It is a good idea to sue him. Falun Gong practitioners are remarkable for steadfastly upholding their belief,” said a laborer.

“If everyone acts like Falun Gong practitioners do and discipline themselves, the society will have no need for police. Let's sue Jiang. The whole nation should sue him. The terrible situation in China today is all his fault,” said another worker.

The movement to bring Jiang to justice has been widely applauded throughout the world. In Asia,1.23 million people from seven countries and/or regions, including Taiwan, Korea, Japan, Hong Kong and Macaw, Malaysia, Indonesia, and Singapore signed the petition to show their support.