Ms. Zhang was arrested and taken to Liyuan Police Station in Pingdu City for talking to people about Falun Gong at Hougezhuang Farmer's Market on the morning of September 6, 2016. The police ransacked her home and confiscated two large bags of Falun Gong informational materials. Ms. Zhang's ill son was frightened by this, and his health worsened.

Ms. Zhang's family went to the Liyuan Police Station in the afternoon and requested that she be released. The police deceived the family, saying Ms. Zhang had already been taken to Pingdumen Village Detention Center. The family visited the detention center and was told Ms. Zhang was not there.

Ms. Zhang's family went back to the police station the next day. The police told them that Ms. Zhang was detained at the Pudong Detention Center. Initially, the Pudong Detention Center had refused to accept Ms. Zhang because her blood pressure was too high. The police then forced Ms. Zhang to have an infusion at a clinic and a physical exam at Haici Hospital in Qingdao City in order to meet the detention center's requirement. Eventually, the detention center took Ms. Zhang.

Ms. Zhang's family did not receive an arrest warrant until September 20, 2016.

Local Falun Gong practitioners started a petition to call for Ms. Zhang's release. They also told those who signed the petition about Falun Gong and that Ms. Zhang was arrested simply because she practices it. Despite the risk of facing police intimidation, dozens of people signed to support her release and condemned the authorities for persecuting good people and arresting Ms. Zhang without any legal cause. As of September 30, 56 people had signed the petition using their real names. 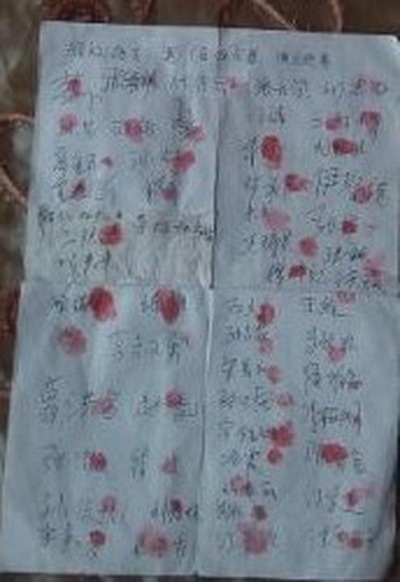 “Daqing Woman to Be Tried After Over Four Months of Detention”