(Minghui.org) The Conservative Party Human Rights Commission of the UK Parliament held a November 22 screening of the documentary Hard to Believe, a film that reveals the state-sanctioned organ harvesting from Falun Gong practitioners and other prisoners of conscience in China. Lawmakers, medical experts, and human right activists attended the screening in the Parliament building. 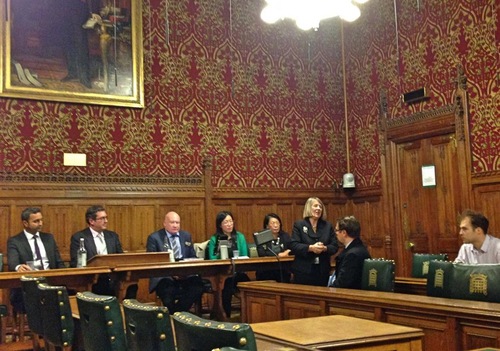 Chair and deputy chair of the commission, Fiona Bruce (MP) and Benedict Rogers hosted the screening of the documentary Hard to Believe in the UK Parliament.

Ethan Gutmann, China expert, author and journalist who has spent years investigating the Chinese regime's forced organ harvesting of prisoners of conscience, discussed updated investigation results after the screening. He underscored the characteristics of this huge crime, namely, that it is on a mass scale, is state-sanctioned, and amounts to killing to order. He reminded the attendees that the Communist Party will not stop denying the crime or deceiving the international community. He called for action to stop this world-wide plague.

Dr. Adnan Sharif, a kidney transplant surgeon and a consultant for Doctors Against Forced Organ Harvesting (DAFOH), expressed his concern about the future of the Chinese medical workers who have been involved in the organ harvesting. 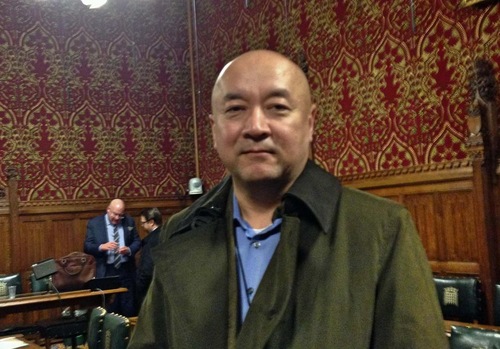 Dr. Enver Tohti testified concerning an organ harvesting case that he was involved with in 1995 in China.

Enver Tohti, who is Uyghur and was formerly a physician in China, is one of the witnesses interviewed in the documentary. He talked about his motivation for coming to the screening. “I want to express my support [for exposing the organ harvesting crimes]. Also, I want to encourage more witnesses to stand up and speak the truth. If you let the truth die in your heart, this disaster will not end.” 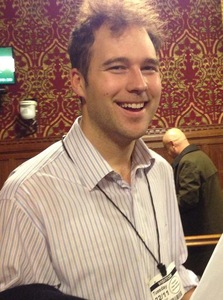 Jerald, assistant to MP Fiona Bruce, helped organize the screening. Jerald is glad to speak for those who lost their lives and therefore cannot speak for themselves. He is proud of what MP Bruce has done to expose this crime. 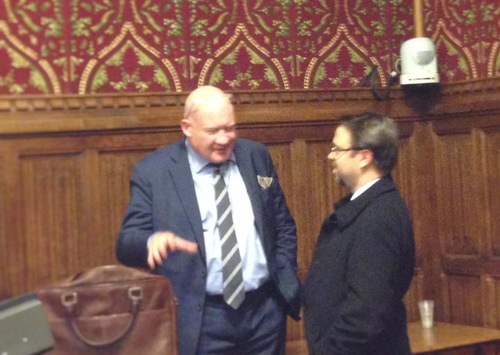 Cedric, a China researcher, speaks with Ethan Gutmann after the screening.

Cedric, a researcher into China affairs, has worked in China for seven years. He knew well about the forced organ harvesting in China. “It is hard to believe,” he said, “but this is a killing machine, a Fascist machine. People didn't want to believe it when the Nazis' crimes were exposed.”

Deeply concerned about the atrocity, Cedric believes that the screening is important for it urges people to take action to stop forced organ harvesting. He feels that the documentary makes the crime no longer abstract, but lets you feel that it is something that is truly happening. He hopes that more people will pay attention to this organ harvesting, and that the British government will take more effective action to exert pressure on the Chinese Communist Party to end the practice. 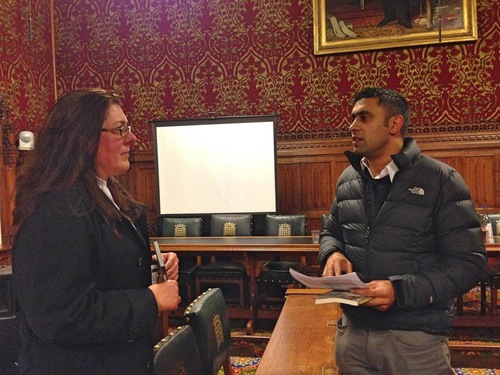 Ahmed (right) talks to another attendee at the screening.

Ahmed, a medical student at Imperial College London, majored in organ transplantation. He has watched the documentary twice. He doesn't understand why the international medical community is still being deceived by the Communist Party.

Ahmed was surprised to see a former Chinese health department official giving a talk at the 26th International Congress of the Transplantation Society this summer. To him, it seems that The Transplantation Society still has delusions about the Communist Party. “But the facts show that the Communist Party's promise [about stopping harvesting organs from executed prisoners] is a lie,” he said.

“I will pay close attention to the action taken by DAFOH. The Transplantation Society [also] has the responsibility to help,” Ahmed said.

The Conservative Party Human Rights Commission published a report on this issue last month. The screening is a follow-up, aiming to raise public awareness of what is taking place in China.