Shandong Woman Sentenced to 9 Years in Prison for Her Faith

(Minghui.org) A Ji’nan City resident was sentenced to 9 years in prison for refusing to renounce Falun Gong, a spiritual discipline being persecuted by the Chinese communist regime. 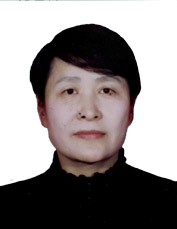 This is not the first time that Ms. Li Jianmei, 57, has been targeted for her faith. She was given forced labor three times between 2000 and 2007, with her term extended each time because of her steadfast belief in Falun Gong.

Ms. Li’s latest prison sentence is preceded by three court hearings, on February 23, 2015, May 8, 2015, and August 15, 2016, respectively. Her family noticed that her health had been declining with each hearing. She testified that she had been subjected to brutal torture since her arrest in April 2014, but the guards refused to stop even after she went on a hunger strike to protest.

The prosecutor repeated the same allegation during all three hearings, charging Ms. Li with using a cult to undermine law enforcement, a standard pretext used by the Chinese communist regime in its attempt to frame and imprison Falun Gong practitioners.

Ms. Li’s lawyer refuted that no law in China criminalizes Falun Gong and his client should never have been prosecuted for exercising her constitutional right to freedom of belief.

Ms. Li argued during the third hearing that the prosecutor should instead file charges against Jiang Zemin, the former Chinese dictator who initiated the persecution of Falun Gong that resulted in arbitrary detention of numerous practitioners like her.

The judge soon sentenced her to 9 years.

“The School Principal Changed After Learning the Facts”