Over 10,000 People in Zhangjiakou Sign Petition to Bring Jiang Zemin to Justice

(Minghui.org) As of the end of September, 10,665 residents in Zhangjiakou City and neighboring counties signed a petition to bring Jiang Zemin to justice. Jiang Zemin, former head of Chinese Communist Party, personally launched and directed the brutal persecution of Falun Gong – a traditional spiritual discipline based on Truthfulness, Compassion and Forbearance. 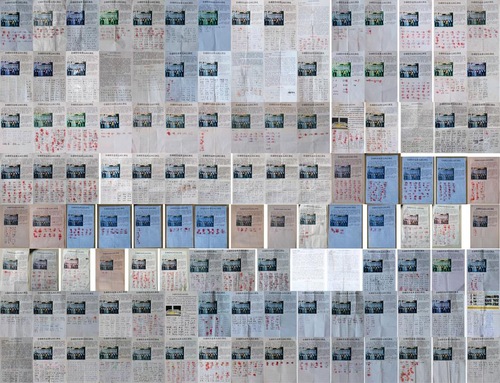 The following are comments made by those who signed the petition:

A farmer in his 60s said, “Jiang Zemin is indeed a bad guy. He harmed us Chinese people. Suing him is past due.” He signed the petition and put his fingerprint on it.

A middle-aged man said, “Jiang Zemin is really bad. He ordered the forced organ harvesting of Falun Gong practitioners. He should be brought to justice.”

A man in his 50s not only signed the petition, but also volunteered to take Falun Gong practitioners to every family in the village to collect signatures. He said, “Jiang Zemin caused so much harm to us. I'll lead you to the families here, and all of them will sign.”

Another farmer signed the petition and said, “The Tiananmen Self-immolation hoax is staged. Would you be willing to set yourself on fire? It was a set-up to frame Falun Gong practitioners.”

“My Husband’s Solemn Declaration after Surviving an Accident”