(Minghui.org) Hundreds of thousands of Falun Gong practitioners have filed criminal complaints to the Supreme Procuratorate and the Supreme Court against Jiang Zemin, who instigated the brutal persecution of Falun Gong in 1999. In many areas, the authorities are retaliating by harassing and detaining practitioners who have filed lawsuits. Mr. Wang Yijun from Shandong Province is one of the latest victims of these illegal activities against practitioners who have exercised their legal rights by suing Jiang. He has been detained for the past five months. Local villagers have signed petitions to appeal for his release. 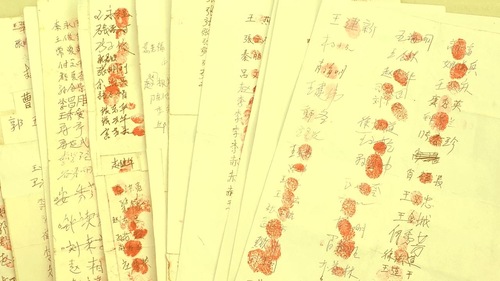 Officers from the Qingzhou Domestic Security Division and the Tanfang Township Police Station arrested twelve Falun Gong practitioners and ransacked their homes on September 6, 2015. Mr. Wang was among those arrested. The police took a computer, a printer, and a DVD writer from his home. The next day, they returned to investigate his involvement in suing Jiang Zemin.