(Minghui.org) (Continued from Part I)

Zhao Kuangyin (927 – 976 AD), who founded the Song Dynasty (960-1279 AD) and came to be known as Emperor Taizu of Song, went down in history as a decent and magnanimous ruler who always kept his word.

The following stories were taken from History of the Song Dynasty and notes from same period, which give us a picture of Emperor Taizu's charisma and appeal. 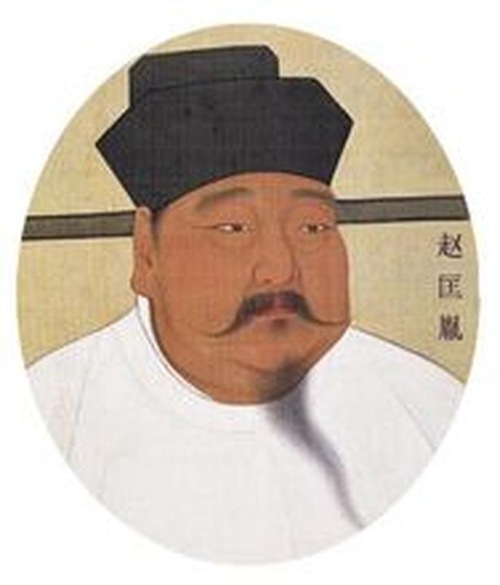 Painting of Emperor Taizu of the Song Dynasty

Emperor Taizu of Song lived frugally and avoided sensual pleasures. He was of a pure mind and thus set an example for his subordinates. Later generations credited him with reversing the moral and cultural decline that was rampant when he came to power.

Emperor Taizu gave orders that the reed screens in his palace be wrapped with cloth on the rim to extend their lifespan. Seeing his eldest daughter decorate her short gown with kingfisher feathers, he told her not to.

“You were born into a wealthy and esteemed family. Being frugal helps one better appreciate the blessings,” he said.

Meng Xu, the last emperor of Later Shu, ruled today's Sichuan area from 934 – 964 AD. He surrendered to Song upon his army's defeat. When Emperor Taizu found out that Meng Zu's urinal had seven rare diamonds embedded in it, he smashed it.

“Seven diamonds to adorn a bedpan?” he said to Meng. “How will you decorate the bowl that holds food? Nothing ruins a country quicker than such extravagance.”

(Adapted from History of the Song Dynasty: Basic Annals of Emperor Taizu)

Because of a personal grudge, Fan Yichao killed 12 members of the Chang family, who lived in the Shaan Prefecture, which is today's Henan Province. The only one to escape was the family's youngest son, Chang Liuliu. The killings took place in Later Zhou, prior to Emperor Taizu's coming to power, and Fan remained at large.

By the time Emperor Taizu ascended to the throne, he issued an amnesty. After some years, Chang Liuliu apprehended Fan and took him to the local authorities. Officials in the Shaan Prefecture filed a report, suggesting that, based on the amnesty issued at the beginning of the Song Dynasty, Fan would be spared being executed.

“How could someone brutally kill 12 members of one family be spared because of a general amnesty?” said Emperor Taizu. He ordered Fan to be executed.

(Adapted from History of the Song Dynasty: Records of Criminal Laws)

High Regard for History

Emperor Taizu was a warrior before ascending to the throne and was good at martial arts. He was courageous and fearless. Yet he was afraid of the entries logged by the historiographer who kept a diary on daily activities in the imperial court.

Emperor Taizu held history in high regard, because it passed on one's accomplishments and shortfalls to future generations for judgment.

One day Emperor Taizu was shooting birds in the backyard of the palace. A subordinate asked to see him, claiming an urgent matter. Emperor Taizu sat down with him but considered the matter trivial, making him quite unhappy. He scolded his subordinate for falsely claiming urgency.

“Your Majesty, in my humble opinion, this matter is more urgent than shooting birds,” said the subordinate.

Enraged, Emperor Taizu hit his subordinate in the face with an ax handle, knocking out two front teeth. The subordinate bent down, picked up the teeth, and put them in his pocket.

“You're holding onto your teeth so that you can file a charge against me,” the angry Emperor screamed.

“I'm not in a position to file any charges against Your Majesty. However, the historiographer will have to document what happened today.”

(Adapted from News Recorded at Susui by Sima Guang)

After founding the Song Dynasty, Emperor Taizu carved three vows on stone to be read by his successors. The stone was locked up in a room to which only a handful of administrators of the royal family had access. Not even prime ministers knew anything about it. Each emperor, upon taking office, would be taken to the secret room to kneel down and read the three vows.

It was not until the Mongolians defeated the Song army and took over the palace that the secret vows were revealed:

1. If descendants of the Later Zhou royal family, from whom Emperor Taizu took the throne, ever commit a crime, they are not to be tortured – even if they conspire to overthrow Song. They will be allowed to commit suicide in prison, without being executed in public, nor will their families be implicated.2. No scholars or anyone who gives specific recommendations to the imperial court will be killed for their opinions.3. No increase of taxes on farmers.

Emperor Taizu established the bottom line of governance for the Song Dynasty through the three vows. The descendants of the Later Zhou royal family, who supported Song through thick and thin, attested to Emperor Taizu's generosity, effectiveness, and farsightedness. Sticking to the vows, all succeeding Song emperors refrained from killing lower level officials as well.

What is also critically important is the second vow, which prohibited the killing of scholars. It guaranteed that the Song Dynasty, founded by Emperor Taizu, who himself was a warrior with little schooling, would become one that came down in history as the epitome of the “rule of civility.”

Su Shi, whose achievements in poetry placed him among the literary giants in Chinese history, made the Song imperial court a target of sarcasm in his poems. In any other period, he would have been executed many times over, and none in his family would have been spared. Yet he was just demoted, and later resumed his career in the imperial hierarchy.

Compared with founders of Western and Eastern Han, Tang, and the later Ming dynasties, who were surrounded by prominent generals and strategists, all Emperor Taizu had was Zhao Pu, who did not measure up to even an assistant of these other emperors who founded new dynasties. Emperor Taizu, rather, relied on himself. He put an end to over seven decades of turmoil across the vast land of China, bringing about the boom during the reign of Jianlong (960 – 963 AD), which set the stage of for the three centuries' rule of the Song Dynasty.

Sima Chi told his son Sima Guang (a historian known for the Comprehensive Mirror in Aid of Governance), “The unity of all parts demarcated by the sea, which has brought us an extended period of blessings, without domestic or foreign threats, is all because of Emperor Taizu's righteousness and magnanimity.”

Zhu Yuanzhang, who founded the Ming Dynasty, credited Emperor Taizu with following the mandate of heaven and complying with the popular wishes of the people, bringing about unity and civil rule that spanned over 300 years, and for reigning with virtue that resulted in peace and prosperity for generations to come.

(The section on the three secret vows is adapted from On the Song Dynasty, by Wang Fuzhi)