(Minghui.org) More than 180,000 Falun Gong practitioners and their families have filed criminal complaints since May 2015 against former Chinese dictator Jiang Zemin for launching the persecution of Falun Gong.

Posters that call for an end to the persecution and support the lawsuits against Jiang have recently been seen in many provinces.

Below are posters seen in various places in Changchun City, Jilin Province. 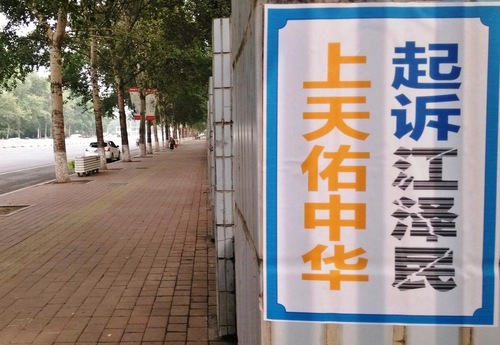 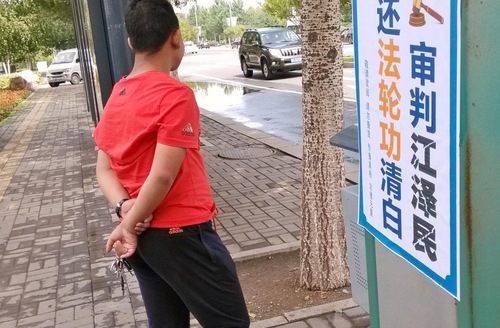 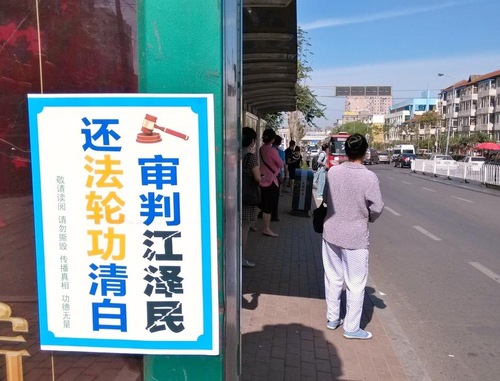 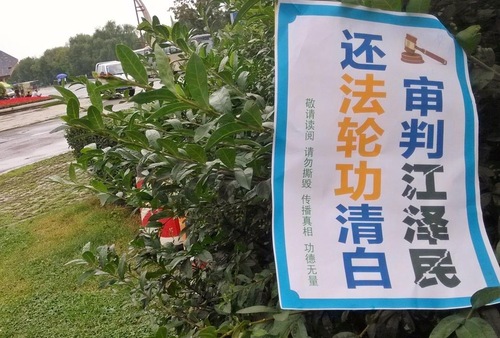 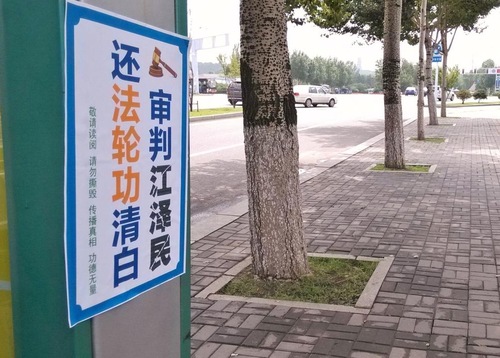 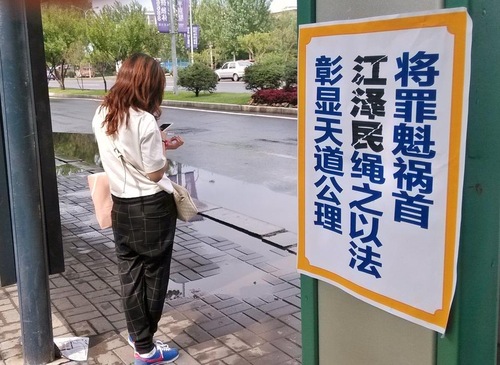 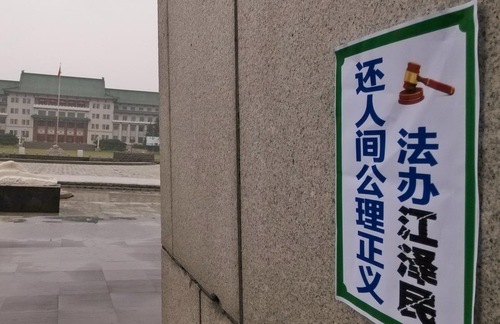 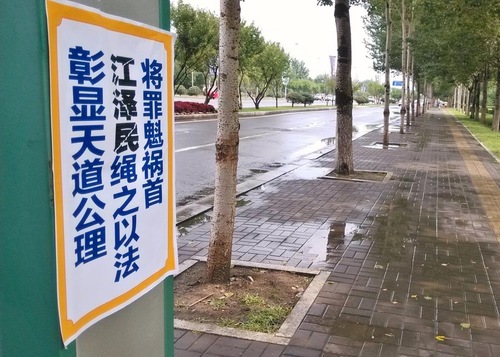 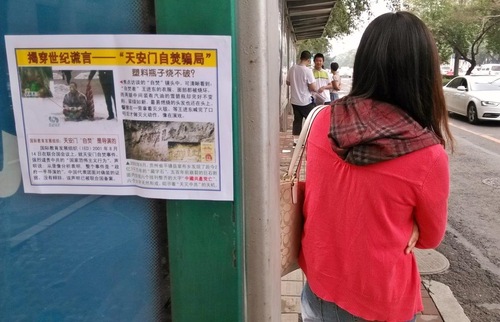 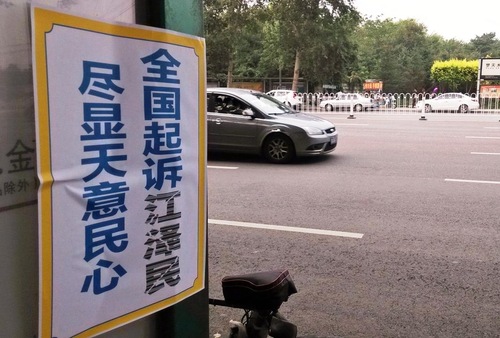 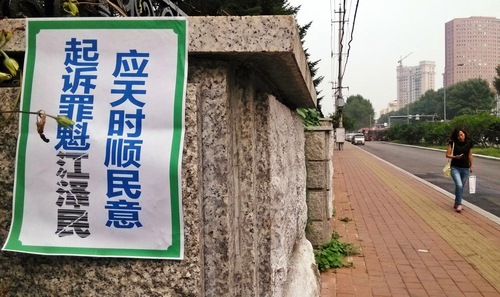 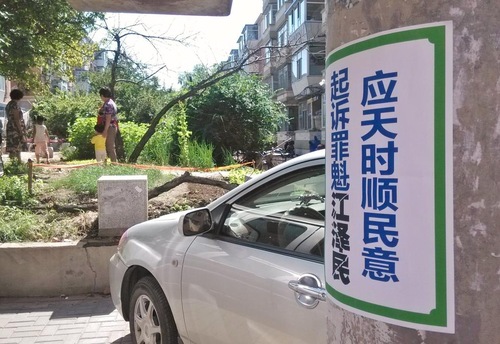 Posters read, “Suing Jiang Zemin is What People Want. It is Heaven's Will.” 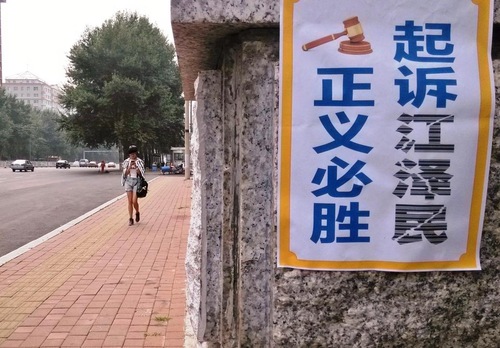 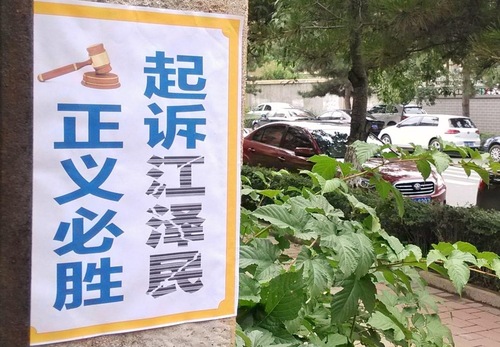 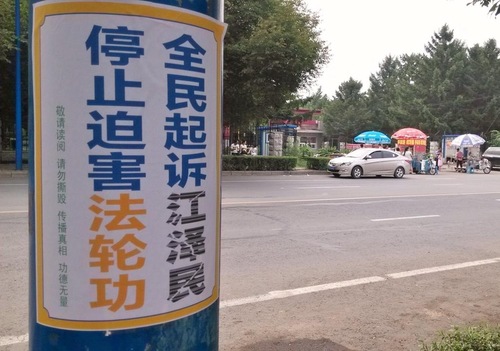 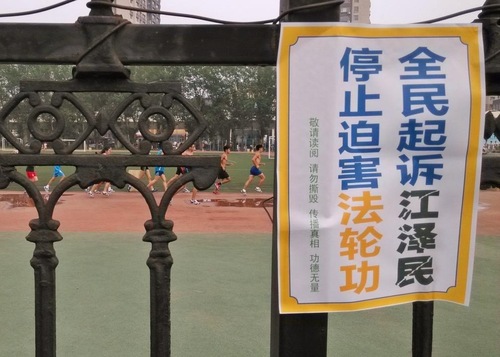 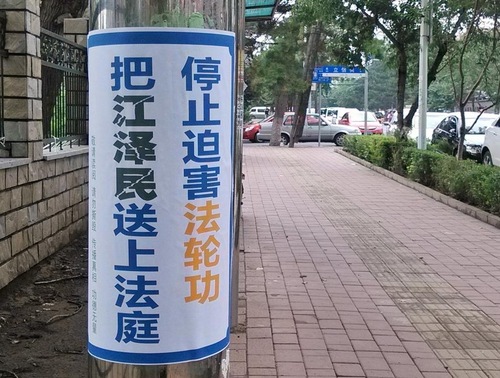 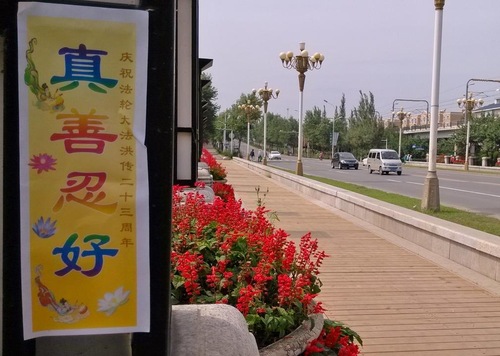 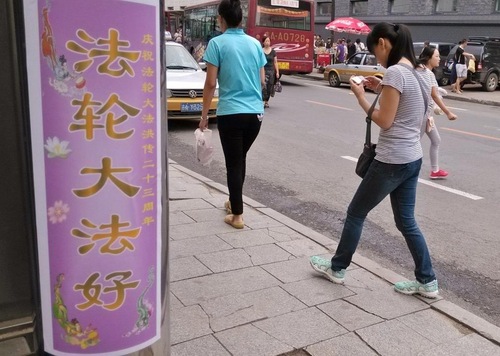 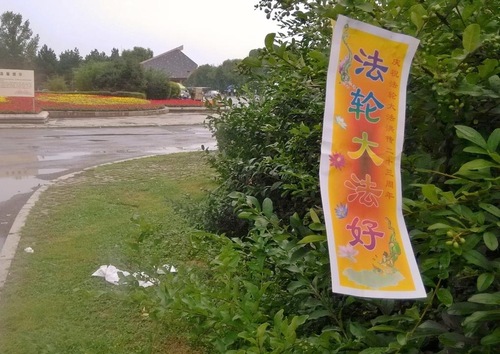 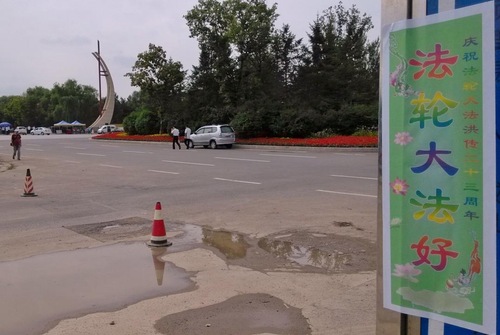 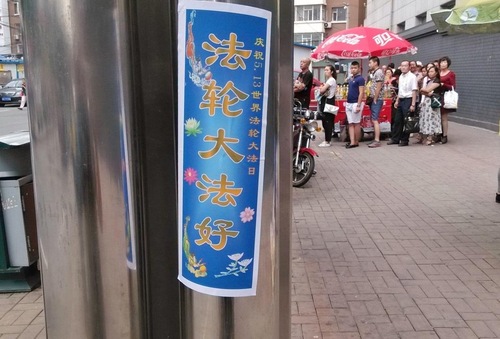 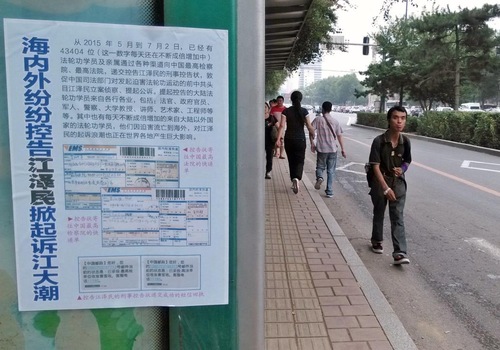 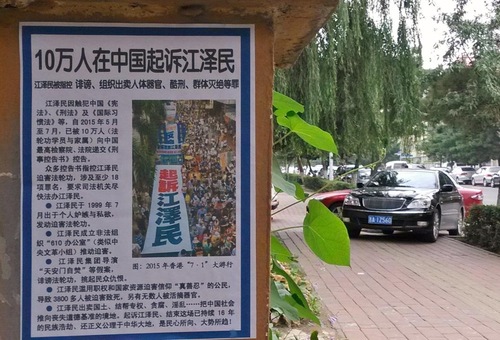 Posters Explaining the Lawsuits Against Jiang.

“Sichuan Practitioner Detained for Over 57 Days”

“Snapshot of Falun Gong Practitioners Whose Copies of Lawsuits Against Jiang Zemin Were Received by Minghui on September 11, 2015”