(Minghui.org) The Falun Dafa Association in Poland participated in the Warsaw Multicultural Street Party 2015 under invitation on Aug. 30. It was the group's eighth time presenting traditional Chinese culture at this festival with performances by its renowned Tian Guo (Divine Land) Marching Band. 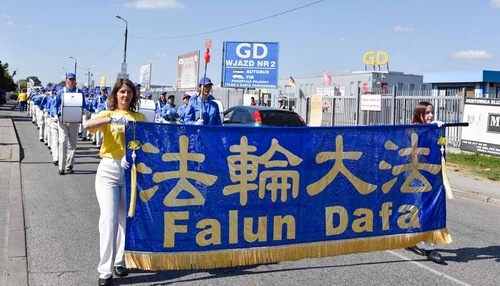 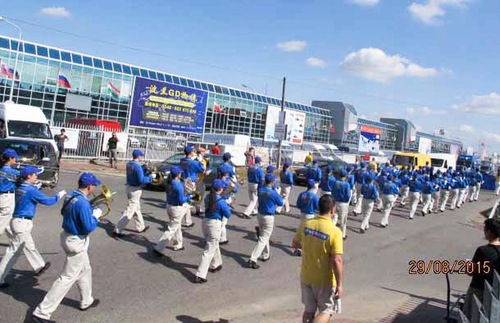 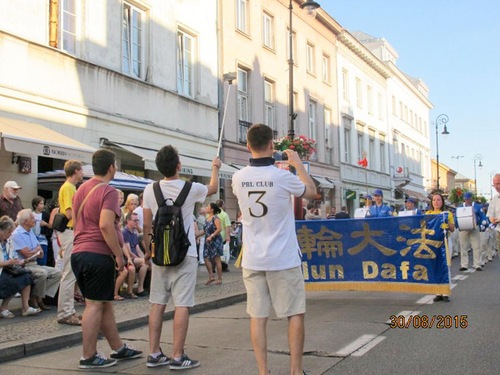 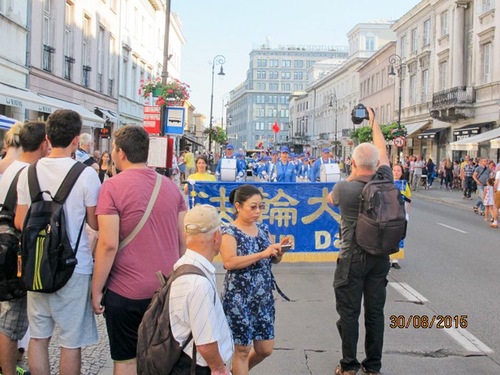 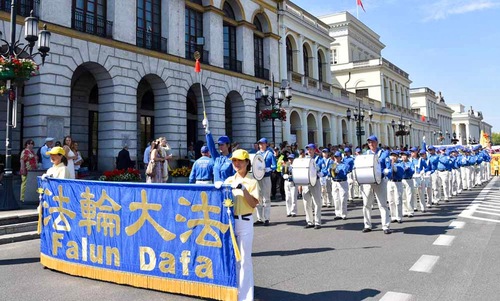 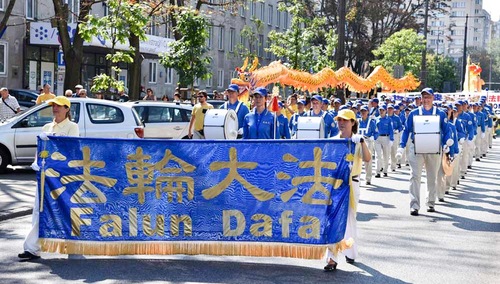 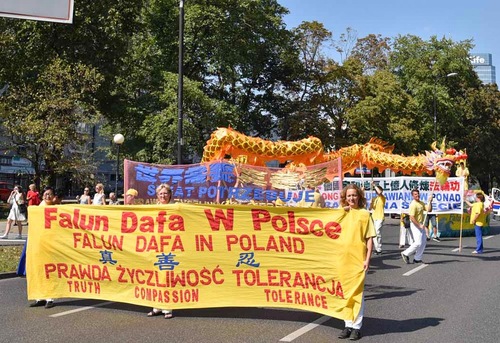 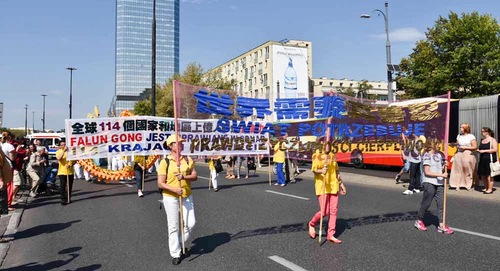 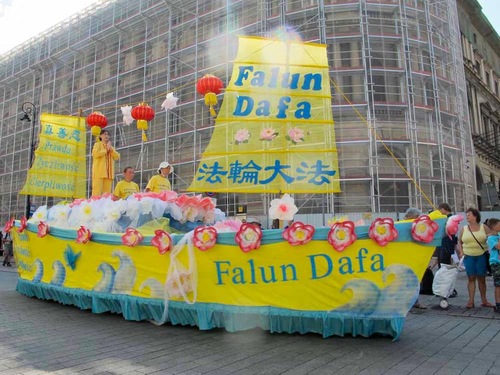 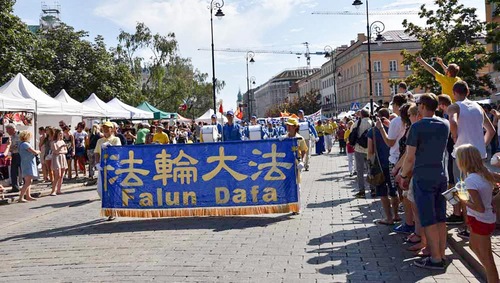 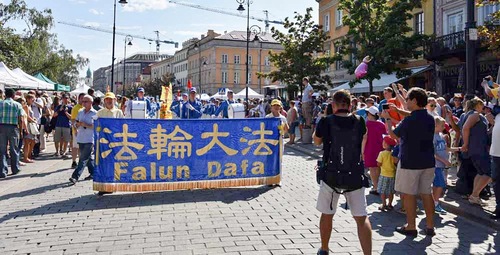 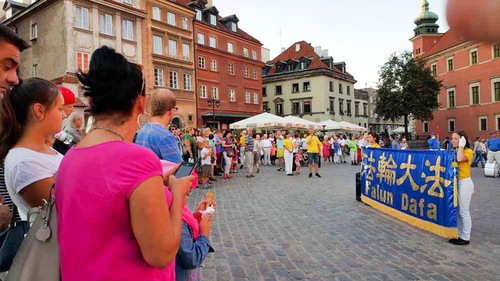 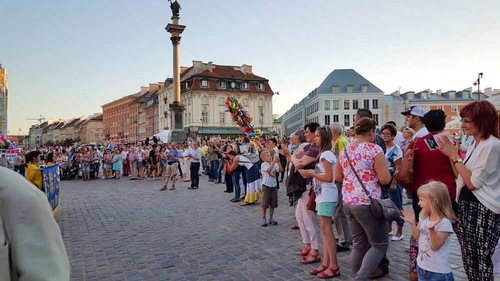 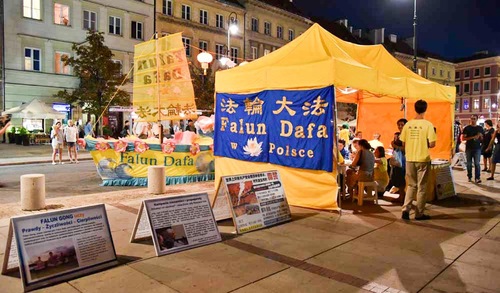 Visitors continue to stop at the Falun Dafa booth into the evening. 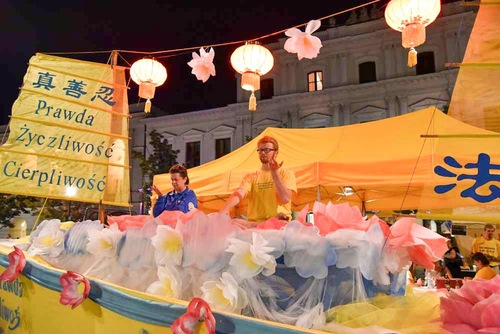 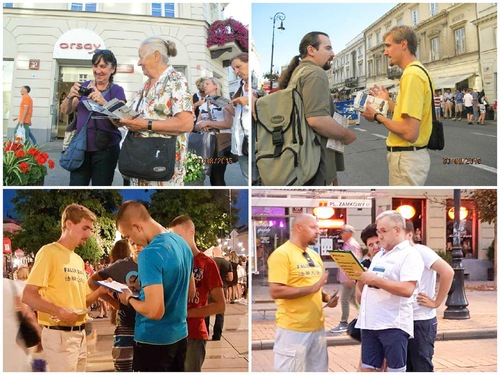 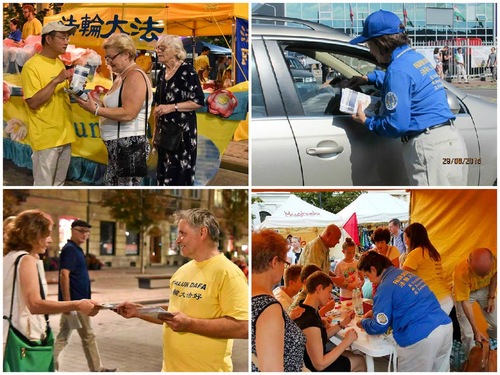 Raising awareness and support to end the persecution of Falun Dafa in China.

The Tian Guo Marching Band of Europe made a special trip to Warsaw and led the Falun Dafa parade procession. They were followed by the dragon dance troupe, a colorful float and Falun Dafa banners.

After the parade, Falun Dafa practitioners taught the Falun Dafa exercises, Chinese calligraphy and paper-lotus-folding to the public. The activity lasted into the evening, ending at 10 p.m.

The Tian Guo Marching Band gave a special performance at Warsaw Chinatown on the day before the street party. They raised awareness about Falun Dafa and the brutal persecution in China, and helped Chinese people renounce their memberships in Communist Party Party (CCP) organizations.

Within a half hour after the band performance, close to 30 Chinese people had renounced the CCP.

The Tian Guo Marching Band gave another performance at Warsaw Old Town after they finished in Chinatown. Spectators welcomed them with warm applause.

The band stopped at Castle Square and Presidential Palace to play more music. Fans of the marching band stayed for the entire performance and asked if there would be any more. They were told the band would perform at the street party the next day.

A couple of college students from Yemen asked if they could join the band. Falun Dafa practitioners recommended the book Zhuan Falun to them, and encouraged them to join Falun Dafa cultivation and the band.