(Minghui.org) Falun Gong practitioners participated in the annual Caribbean Days parade in North Vancouver on July 25, 2015. The city mayor thanked them for their compassion, and paid tribute to Falun Gong for bringing people happiness and harmony. 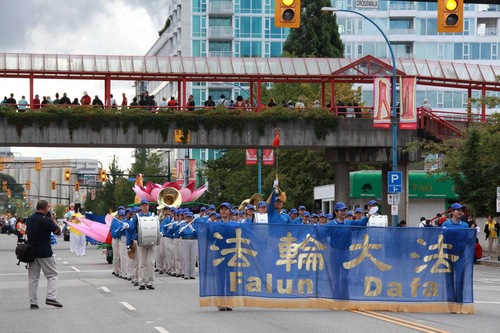 The Divine Land Marching Band in the Caribbean Days parade on July 25, 2015. 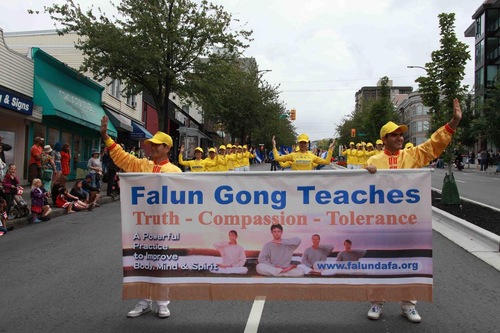 “This is one of the biggest groups in the parade and I walked with them from beginning to the end during the parade,” said Darrell Mussatto, Mayor of North Vancouver. He was impressed that practitioners cared about each other with respect and compassion.

This parade is part of Caribbean Days Festival located at the city's Waterfront Park. Although it is called Caribbean Days, “it is actually an opportunity for people from different background to come together and celebrate. This include Caribbean, European, and Asian communities.” Mussatto commented. 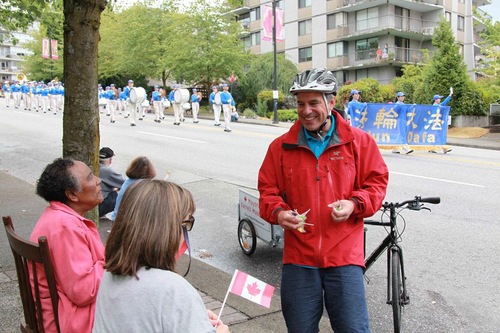 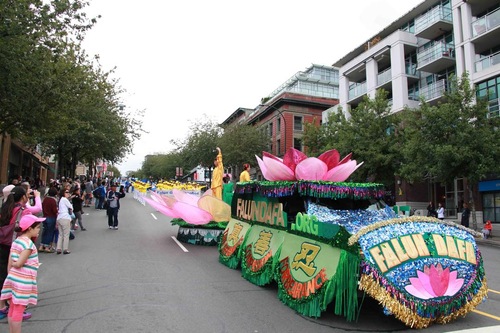 Lotus flower float in the parade at North Vancouver.

Iranian immigrant Karen said she liked the color, especially the lotus flower float. “The color is wonderful and the music is great. I could feel the energy and peace from the group.”

“Today is my birthday and I am glad to see this.” After taking many pictures, Karen said her friend would go back to Iran soon and would pass on the information to people there.

Austin Johnson said he also liked the performance very much. “I can tell the players are well trained. The parade today helps me to know more about Chinese culture, and about Falun Dafa. All these are very meaningful.” 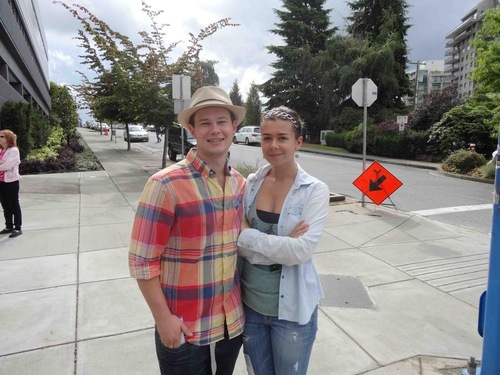 Mr. Liu, a university professor in China, was visiting his daughter in Vancouver. He accepted materials of Falun Gong and took videos of practitioners in the parade. “This is very good. And it is different from what the media reported in China.”