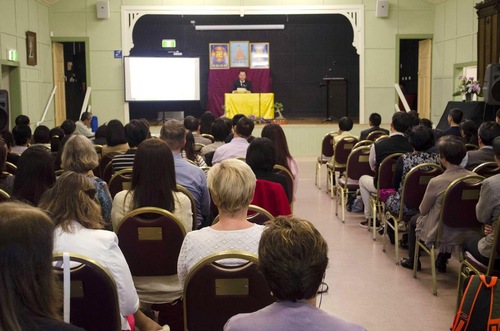 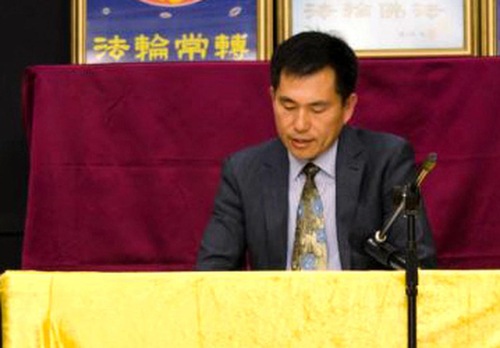 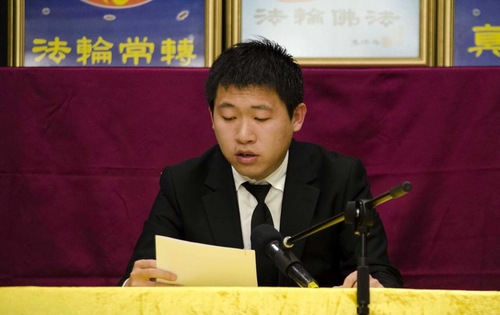 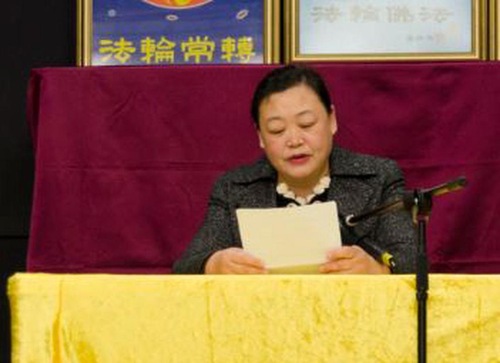 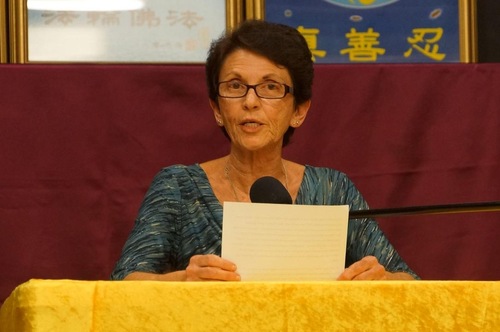 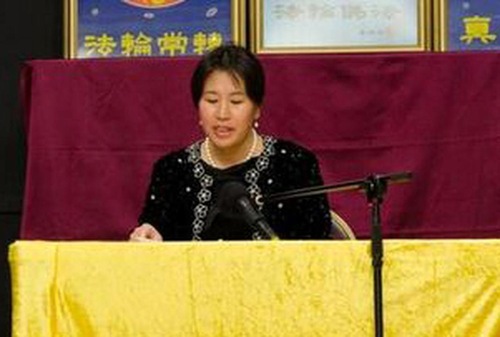 Practitioners read their experience sharing papers at the conference

Cultivating by Studying the Fa, Letting Go of Attachments, and Saving People

“Studying the Fa more and well is the fundamental issue in cultivation,” Mr. Zhang from Brisbane said. “Only by studying the Fa earnestly and absorbing it thoroughly can Dafa manifest more Fa principles and inner meaning for us.”

Mr. Zhang also shared about how he overcame fear and other human attachments through clarifying the truth to people openly and nobly in all circumstances. He once clarified the facts about Falun Gong and the persecution to each of about 200 Chinese scholars who attended a top academic exchange held at his university. He also helped more than 70 of them renounce their Chinese Communist Party memberships.

I Hope to Become the Top Media Salesperson

Mr. Xu from the Gold Coast shared about his experience being a media advertising salesperson. He had no sales experience when he first started, and didn't get any ads in the first three months. However, he managed to bring in over $30,000 Australian dollars worth of ads this month.

“The key is to incorporate my personal cultivation and doing well the three things into my sales work,” Mr. Xu said. “At the same time I constantly improve my professional skills.”

Mr. Xu talked about his aspiration, “I hope I can become the top salesperson in the near future, because top notch media must have first class salespersons. Only by holding ourselves to this standard, can we ensure success be worthy of the title 'world's biggest media outlet.'” (“Teaching the Fa at the Meeting with Asia-Pacific Students”)

“Looking Within” after Encountering Conflicts

Ms. Zi Yin, who immigrated to Australia from Singapore, shared how she strictly holds herself to the requirements of Master's teachings, and looks within whenever she encounters conflicts with her family members, when she sees practitioners' shortcomings, when Chinese tourists treat her badly at the tourist site, or when she hears unpleasant words.

“After forming a habit of looking within,” she said, “it became so easy for me to pass the test. I feel my capacity constantly enlarge, and my level continuously elevates.”

Cultivating Dafa Dissolves Years of Grudges Between Mother and Daughter

Grace Mann shared how Dafa's teachings of compassion helped her resolve a long-term grudge between her and her 92-year-old mother.

Ms. Mann often quarreled with her mother when she was young, and her father had to ask her to “keep her mouth shut for the sake of peace!” She later left her hometown. She had to return home four and a half years ago when her father passed away to help her elderly mother for three months.

Through cultivating Dafa, she learned how to be compassionate, and was able to sit down to talk to her mother for the first time in her life. There were no quarrels, just peace and mutual respect.

“While she talked, my mother looked serene. She did not argue, quite different from her past behavior,” Ms. Mann said. She felt that Dafa's compassion had dissolved years of grudges between her mother and her.

Ms. Mann said that her mother enjoys playing the song “Falun Dafa Is Good” on the piano.

Cultivating Diligently to Save More People

Ms. Zhao moved from China to Australia with her family a few years ago, and began practicing Falun Dafa in early 1999. After the persecution began, she traveled to Beijing's Tiananmen Square six times to hold up banners to appeal for justice for Falun Dafa. She was detained many times and subjected to forced labor for more than two years, for remaining steadfast in her belief.

Since coming to Australia, she has not slacked off for a moment in her cultivation, despite the environment being more relaxed there. She also put great effort into clarifying the facts and helping Chinese people quit the Chinese Communist Party (CCP) and its affiliated organizations.

It has become an indispensable part of her daily life. She can sometimes help several dozen Chinese people renounce their memberships in the CCP and its affiliated organizations within two to three hours at a tourist site. She once helped 110 people quit the Party within a short period of time.