(Minghui.org) As of August 6, 2015, over 134,000 criminal complaints have been filed by Falun Dafa practitioners against former dictator Jiang Zemin. Jiang, the main culprit behind the persecution of Falun Dafa, launched the genocidal campaign that has resulted in the displacement, torture and murder of thousands of Chinese Falun Dafa practitioners.

Amidst the persecution still happening in China, news of this unprecedented wave of criminal complaints against Jiang is quickly finding its way into the public eye. Posters are appearing in many parts of China informing people about the worldwide efforts to bring Jiang to justice.

Below are posters seen in Changchun, a city in the northeast of China, where Falun Dafa was founded, and Langfang City in Hebei Province. 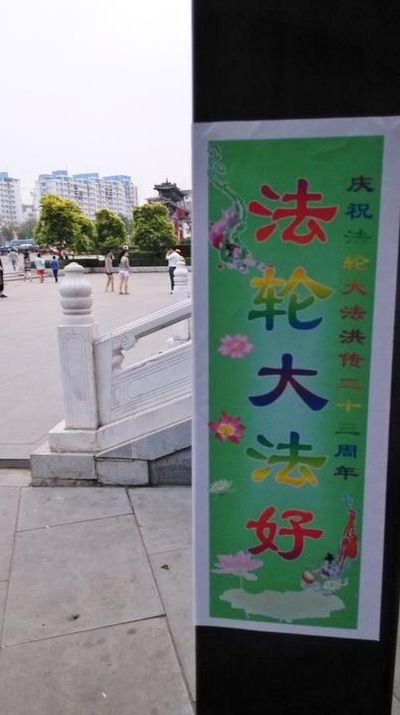 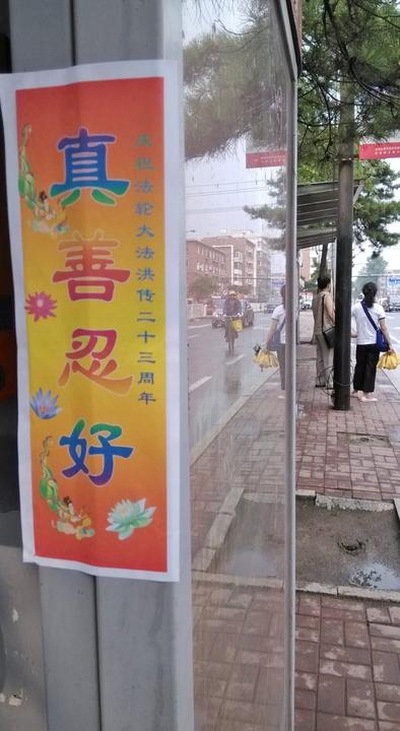 Poster in Changchun: “Truthfulness-Compassion-Forbearance is Good” 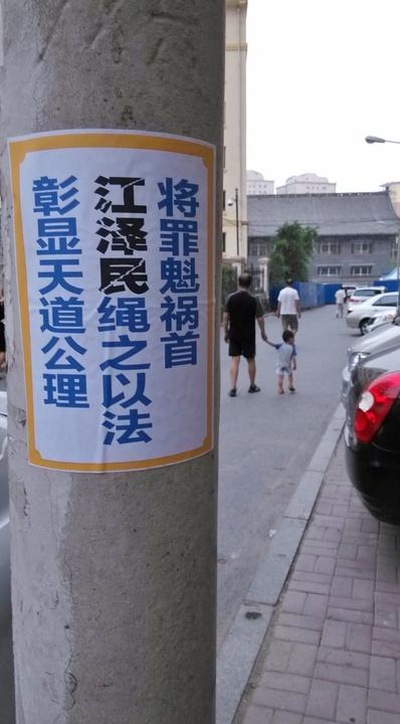 Poster in Changchun: “Bring Jiang, the key perpetrator, to justice” 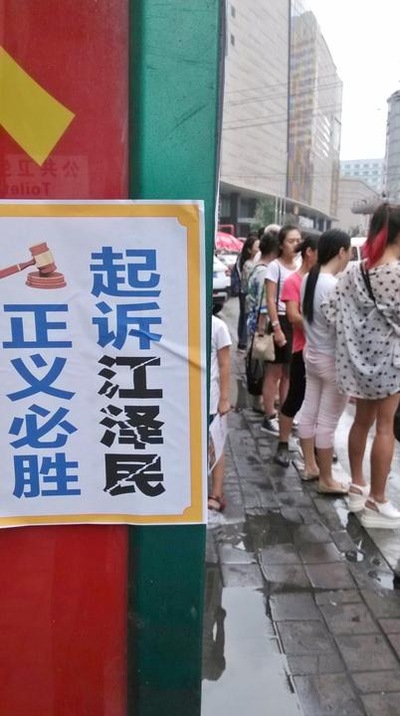 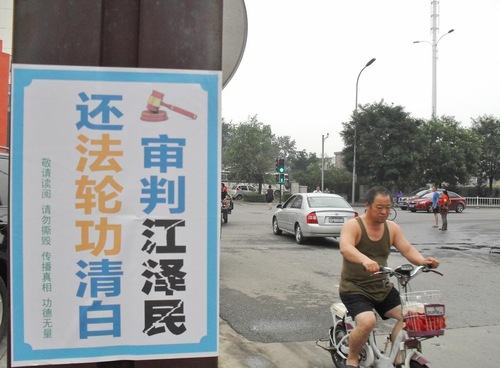 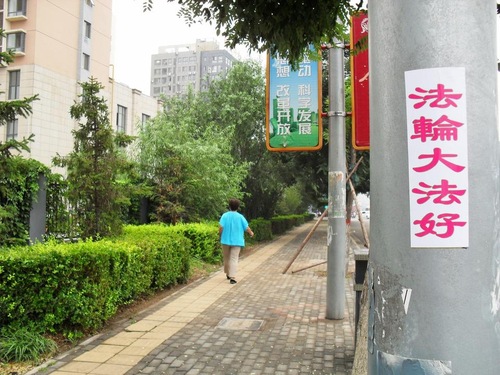 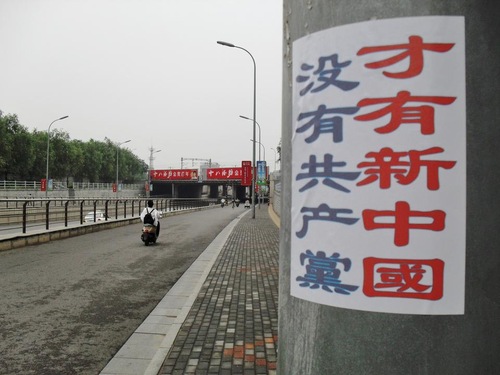 Poster in Langfang City: “A New China for All Once the Communists are Finished” 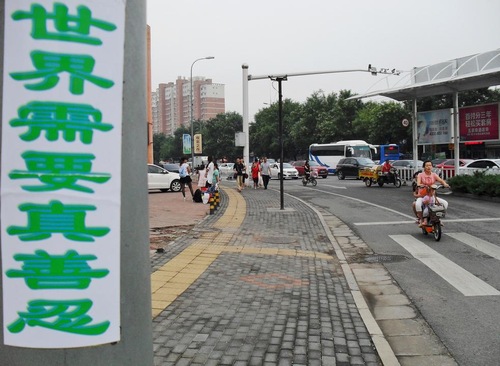