More than 300 local citizens and tourists signed the petition at Cismigiu Park on June 28 2015, to be submitted to the United Nations by the organization “Doctors Against Forced Organ Harvesting” (DAFOH). 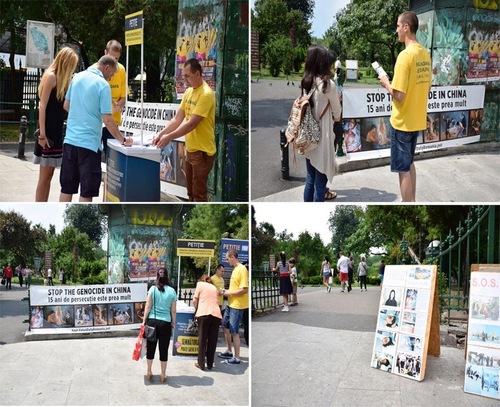 Practitioners (in yellow t-shirts) inform the public about the brutal persecution of Falun Gong by the Chinese regime. 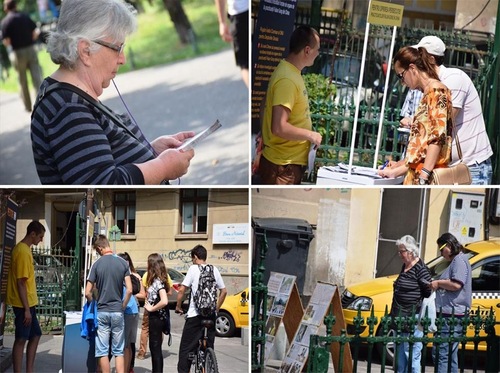 Tourists stop to read the practitioners' poster boards and sign the petition calling to end the killing of Falun Gong practitioners for their organs in China.

A few people had already heard about the persecution from public media. But for most, it was their first time. They were shocked by the brutality of the persecution still ongoing in China. They not only signed their own names, but also asked their friends and family to do so, as well.

After signing, some people praised practitioners' efforts to expose the persecution and for their peaceful resistance.