(Minghui.org) Over 50 Falun Gong practitioners in New Zealand filed criminal complaints against Jiang Zemin, former head of the Chinese Communist Party (CCP), who initiated the persecution of Falun Gong in China on July 20, 1999.

The complaints charge Jiang with unlawful imprisonment, depriving citizens of their constitutional right to freedom of belief, abuse of power, and many other crimes. Jiang created the 610 Office, giving it the power to override the police and judicial system to carry out his directive. 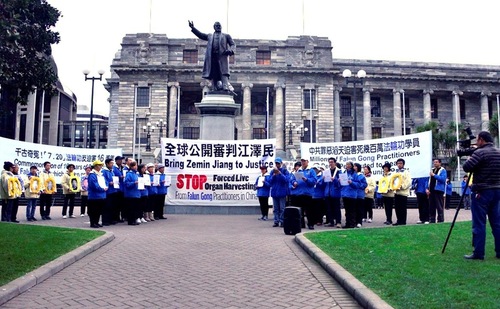 Practitioners rally in front of the Parliament building in Wellington, New Zealand to bring attention to the persecution of Falun Gong in China. Those who filed criminal complaints against Jiang hold copies of their complaints in hands. 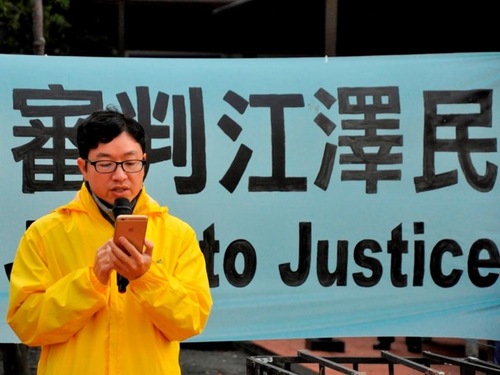 Practitioner Guohua Huang narrated how his wife Luo Zhixiang was tortured to death, and how he was also tortured, for their refusing to renounce their belief in Falun Gong at the demands of Chinese communist authorities.

Practitioner Xiaojun Chen was sentenced to prison in China for 7 years for practicing Falun Gong. He was the first in New Zealand to file charges against Jiang. He said, “Chinese people are misled by the Communist Party's propaganda demonizing Falun Gong. The CCP instigated many people to participate in the persecution. As a result, they commit wrongdoing.”

“I have mailed copies of my complaint to those who were involved in persecuting me. I wish they stop their wrongdoing. The lawsuit against Jiang provides them an opportunity to awaken and repent.” 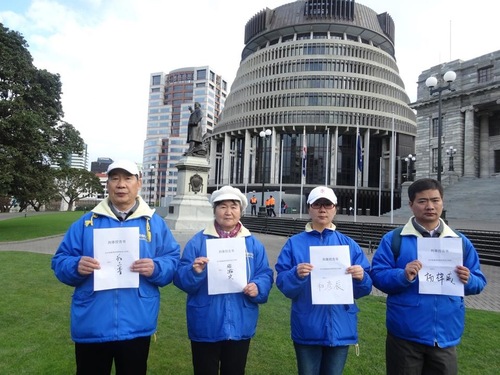 Hanwen Zhang's family of four, who have all filed criminal complaints against Jiang.

Practitioner Hanwen Zhang's family of four suffered brutal persecution in China for their belief. They were arrested, beaten, held in brainwashing centers, and forced to stay away from home to avoid further arrests. They were reunited in New Zealand two year ago.

Zhang said, “Suing Jiang is also to let the public know about the persecution.”

“There Are Still Good People in China”

“My Understanding of “Bringing Jiang to Justice””