(Minghui.org) As more and more Falun Gong practitioners file criminal complaints against Jiang Zemin for launching the persecution of their spiritual belief, dozens of residents from Boli County of Heilongjiang Province have joined in. 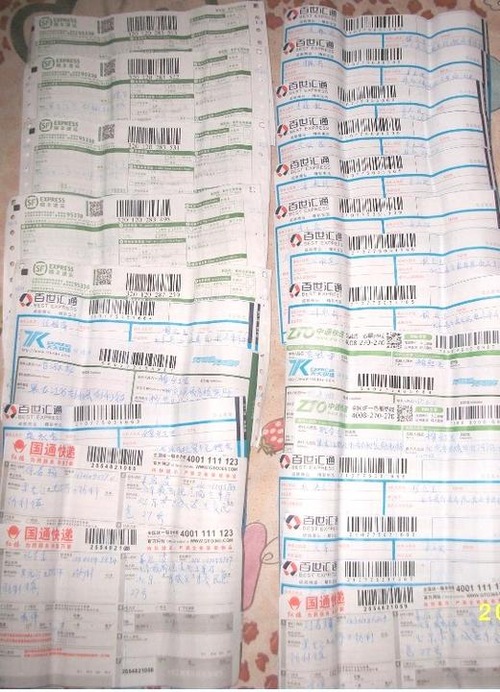 They had been arrested, had their homes ransacked, or were incarcerated at one time or another over the past 16 years of persecution. Their only “crime” was their refusal to give up their belief in Falun Gong, a spiritual practice based on the principles of Truthfulness-Compassion-Forbearance.

One recurring theme in their criminal complaints against Jiang is how much they and their families have suffered as a result of the persecution. Mr. Huang Yueji (黄跃吉) died in 2004 after repeated arrests and detention took a toll on his health. Ms. Dai Zhenbo (代振波) and her son both spent three years in labor camps, and the son was not allowed to return to school upon his release.

The Wu family of nine practitioners (two of whom passed away as a result of the persecution) summarized their reason for seeking justice against Jiang in the complaint: “In the past 16 years, we suffered unimaginable pain physically, spiritually, and financially. All these were caused by Jiang Zemin's decision. We want to charge Jiang Zemin and bring him to justice.”

Below are excerpts from some practitioners' criminal complaints.

The couple raised a granddaughter who lost her parents at the age of five. In 2000, when Mr. Liu's wife was still imprisoned, police broke into his home and arrested him, leaving their six-year-old granddaughter at home alone.

Mr. Liu described his arrest. “My granddaughter was very frightened and cried, but police ignored her and pushed me into the car. I looked back through the car window and watched my little granddaughter chasing the police car, barefoot, until she was out of sight. This grieved and worried me terribly. .... How could she survive on her own?”

Ms. Hu Qizhi (胡启芝), 52, was arrested twice, sentenced to do force labor once, and escaped from three attempted arrests. Her home has been ransacked five times. Her parents' home and niece's home have also been ransacked once. Police forced her to pay 40,000 yuan. She has been homeless for six years to avoid being arrested again.

Ms. Hu suffered severe torture while being interrogated. Policeman Chen Ju (陈举) used the airplane torture on her (head bent down, arms pulled up against a wall), slapped her in the face, kicked her, and handcuffed her arms to the back of a chair. Policeman Dong Ye (董野) covered her eyes with tape, and several policemen proceeded to beat her together. Ms. Hu wrote in her complaint, “As my eyes were covered, I couldn't see who was beating me. Someone slapped my face, another stomped on my hands, another one punched me in the head...”

Her father was not able to endure the constant harassment, persecution, and pressure and passed away.

Mr. Wu's family suffered a great deal of misery from arrests and detention, being homeless, and being forced to pay exorbitant amounts of money. Stress and intimidation brought about Mr. Wu's passing in 1999 and his wife's in 2002. A happy family was destroyed. The children of this family were forced to live in fear and poverty.

Their daughter, Ms. Wu Ping, an excellent high school teacher, was forced to quit teaching. She was arrested, detained, and taken to a brainwashing center.

Ms. Zhang Chunhua (张春华), 64 and handicapped, is a typical case of a Falun Gong practitioner's family being implicated in the persecution. Her husband, Mr. Huang Yuejie, passed away after being arrested six times and twice sent to forced labor.

Mr. Huang suffered unspeakable torture while in detention. He was given nearly inedible food in the detention center. He was forced to do hard labor in the labor camp, watch videos that defamed Falun Gong, and beaten violently. He said, “One time, two policemen slapped me in the face for more than half an hour, and then forced me to continue my hard labor.”

Constant harassment, arrests, detention, and extortion brought much pain to him and his family.

Ms. Zhang wrote about her miserable life in her complaint: “While my husband was detained in the forced labor camp, I, a handicapped woman, lived in a leaking thatched cottage and took care of my son. On rainy days, it rained in the cottage, too. I didn't have enough basins to hold the water that leaked through. We were short of rice and always hungry.”

In addition to the above-mentioned practitioners, the following Boli residents have also filed criminal complaints against Jiang: