The wave of lawsuits is growing by the day. Between May 27 and June 18, the Minghui website has received copies of criminal complaints sent in by 9,748 practitioners in China and other countries. 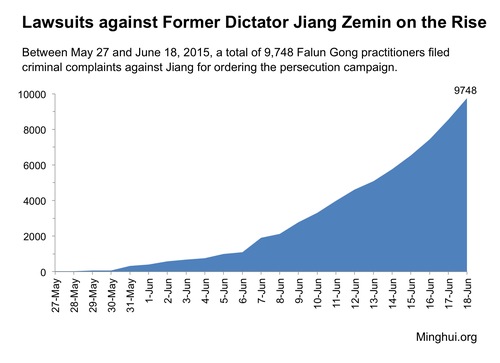 The 9,748 practitioners suing Jiang come from more than 1,400 counties and cities in 29 provinces, autonomous regions, and municipalities in China, as well as the United States, Canada, Australia, France, United Kingdom, Malaysia, Thailand, Japan, and South Korea.

The top five provinces where the persecution is most severe, including Hebei, Heilongjiang, Liaoning, Jilin and Shandong, also saw the most practitioners filing lawsuits against Jiang. 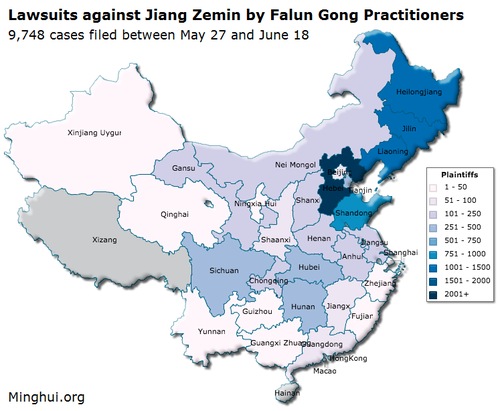