“Everyone Needs to Take Action to Immediately Stop the Killing.”

(Minghui.org) With the Danish national election approaching, many political and commercial organizations participated in the annual Folkemødet (People Gathering) held on the island of Bornholm in Denmark, from June 11-14, 2015. Falun Gong practitioners took this opportunity to expose the Chinese state-sanctioned organ harvesting to the public, and tell people what Falun Gong is about. 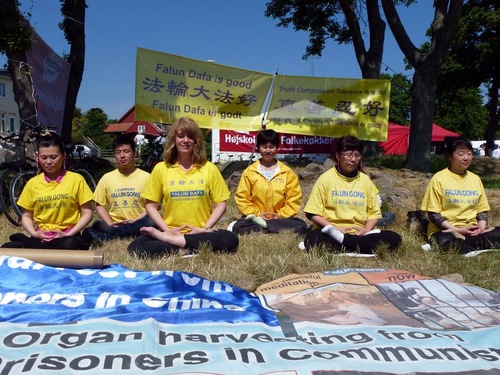 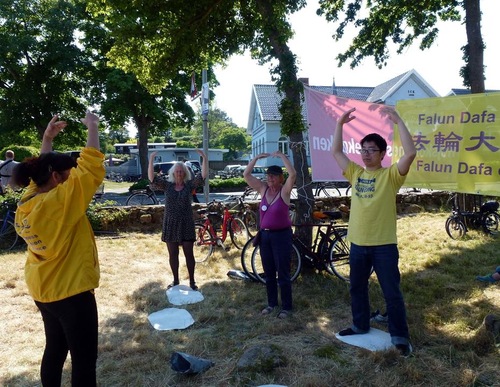 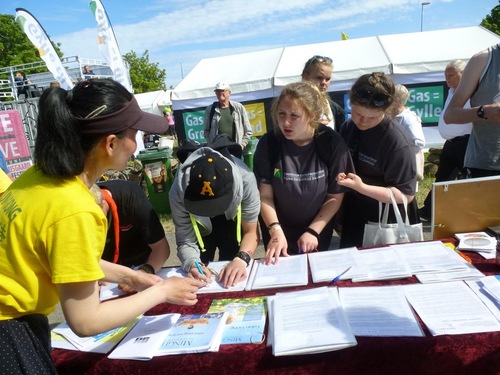 The brutal facts of the organ harvesting and 16-year long persecution of Falun Gong in China shocked people. Many attendees stopped by the practitioners' booth and signed a petition to express their support for the peaceful resistance.

A Danish lady thanked the practitioners for bringing the information to Denmark. She said: “Nobody should sit idly and watch the killing in China. If we don't stop the killing now, it will happen to us someday. Everyone should take action to immediately stop the killing.”

A Danish college student echoed her sentiments: “Although China is far away from Denmark, I still need to support the peaceful resistance. It is not true that the killing in China has nothing to do with the Danish people.”

A reporter from a college newspaper didn't understand how signing the petition would help. A practitioner told him that the Chinese Communist Party is afraid of being exposed to the international community.

A practitioner told the reporter: “The power of the media is tremendous, and your signature can help a lot.” The reporter agreed and signed his name.

One gentleman was sympathetic, but hesitated to sign the petition.

“God knows my heart,” he said.

A practitioner said to him: “It is true that God knows your heart. But God also wants you to take action to support the righteous.”

The gentleman smiled, and signed the petition right away.