(Minghui.org) The Divine Land Marching Band and waist drum performers, both made up of Toronto Falun Gong practitioners, participated in festival parades on June 13 and again on June 14, 2015.

The Brampton Flower City Parade was held on June 13, and the Burlington Sound of Music Festival Parade the following day. Both cities are less than 40 miles from Toronto. 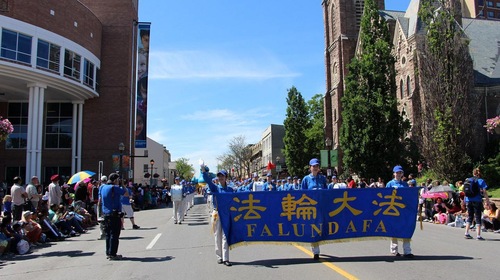 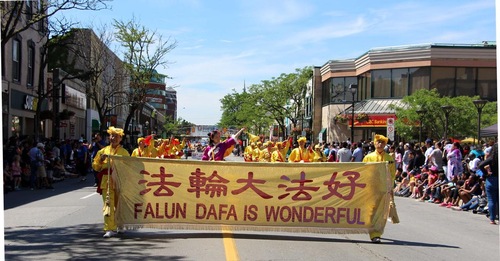 The waist drum team in the Brampton Parade 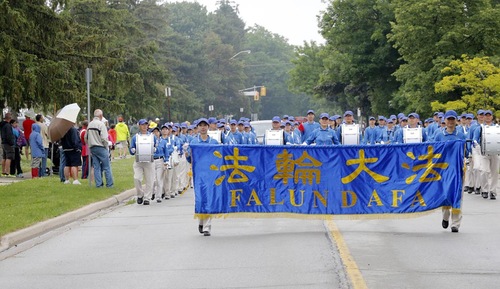 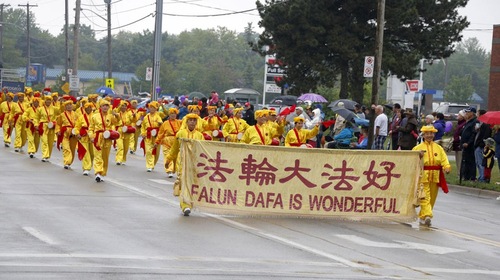 The waist drum team in the Burlington Parade 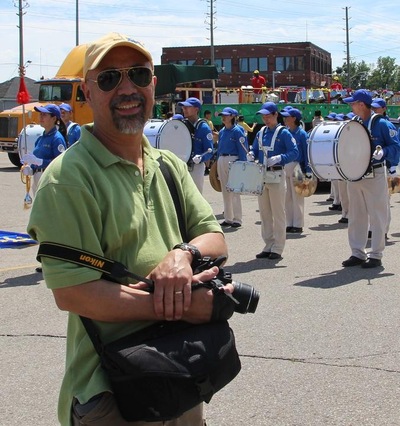 Arnold, a tourist and photographer from New York, took photos of the band performing right before the parade. He said, “I am moved. It's the first time I've ever seen this band. I've taken many photos and will post them online.”

After finding out the practice is being persecuted in China, he said, “That is unacceptable.” He took a flyer to learn more. 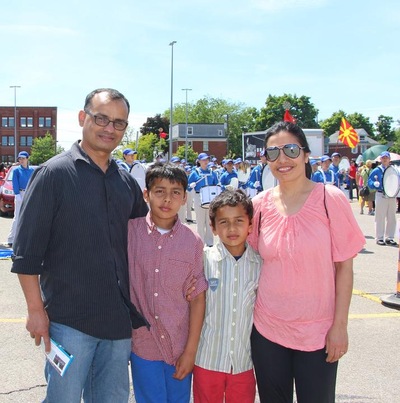 Tulsi and his family

Tulsi and his family watched the band perform right before the parade. Tulsi said, “I know about Falun Gong, because several of my friends practice it. I have heard about their plight in the news. The persecution is wrong. We need to express our support for Falun Gong and call on the Chinese government to stop the persecution.” 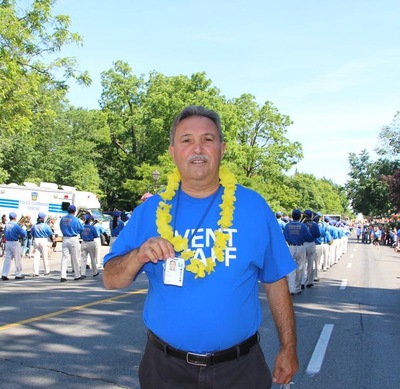 Jerry Monaco is a community leader in Brampton and one of the parade organizers. After watching the Divine Land Marching Band perform, he asked the reporter, "Can you give me contact information for this band? We have a large community event in July, and I would like to invite them to participate.” 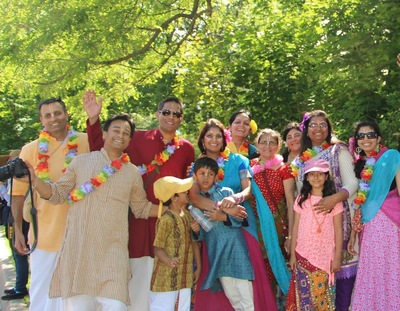 Vik (third from left) and his group

Participants of Indian descent watched the band perform after the parade. Vik, a member of the group, said, “This music is interesting and encouraging. It reflects our many cultures--wonderful.”

A couple from Fujian, China, who have been in the city less than a year, watched with great interest. Mr. Liu, the husband, took photos with his smart phone. He said, “This is the first time for us to see Falun Gong in a parade. We are delighted.”