(Minghui.org) Mr. Huang Junyi recently filed a lawsuit against the former Chinese leader Jiang Zemin for ordering the brutal suppression of Falun Gong and causing the illegal arrest and detention of his wife Fang Hailing. 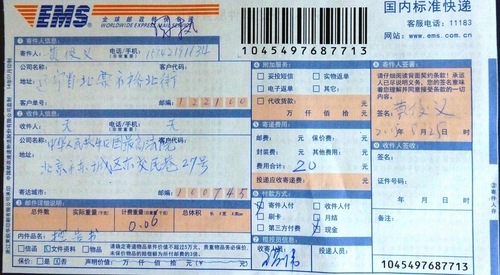 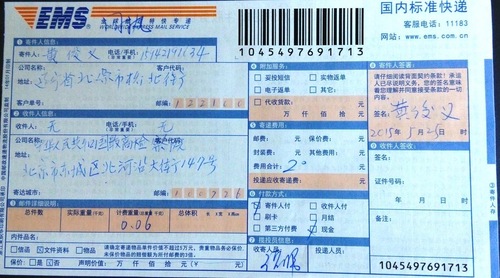 Mr. Huang Junyi has also been persecuted for practicing Falun Gong. He has been detained three times, illegally searched three times and forcibly brainwashed once.

My wife Fang Hailing had many diseases and started to practice Falun Gong in 1998. Soon many of her health problems were gone, including vertigo, low blood pressure and insomnia.

After she got healthier, she was happier and always thought for others. Our neighbors all liked her.

However, things changed after July 1999, when Jiang ordered the violent suppression of the spiritual practice.

When I came back home, I heard that she was detained at the police station. I went there myself on my motorcycle and told the policemen that we didn't have enough money. I promised them the money by the next day.

But the associate director said, “You cannot leave unless you leave your motorcycle here. Bring the money tomorrow, then you can get it back.”

The harassment never stopped after that. The policemen often came on holidays or any days where they thought we would go and protest. They monitored Fang Hailing and instructed several agents to visit my home to threaten her.

I still remember a rainy day in May when there were four or five agents staying in the building next door to monitor us.

They were led by Chief Yang Ningdong and the associate chief of the domestic security division. I managed to escape, but my wife couldn't. They searched my home and confiscated many personal belongings such as our computer and printer.

My wife was sent to the Fushun City Brainwashing Center the same night. She was tortured there for one month and then transferred to a detention center.

One day, the authorities there told my family that they wouldn't release her unless I went back in her place. I had no choice but to go.

She was released after I was sent to a detention center. I was detained for five days and forcibly administered a blood test.

At the beginning of 2010, Du De, the director of Qiaobei Police Station, came to my home with another policeman. They searched my home but found nothing. Before they left, they saw a picture of Master Li on the wall, and confiscated it.

On April 28, 2015, my wife and practitioner Yang Qinghua went to the Taoyuan residential area to deliver Shen Yun Performing Arts videos as well as truth-clarifying pamphlets exposing the persecution.

They were arrested by Pan Hongkai, the associate chief of Beipiao City Domestic Security Division, Gong Zhiqing, the director of Qiaobei Police Station, and two other policemen. Later, they were sent to the West Daxiyingzi Detention Center in Chaoyang District.

The same night, policemen searched both their homes. They confiscated all the Falun Gong books as well as truth-clarifying materials.

A policeman Tong asked me, “Don't you know that it's against the law to have this stuff?”

I asked him, “What law?” He couldn't answer.

My wife is still under detention. The procuratorate has approved the arrest after receiving documents submitted by the Domestic Security Division.