(Minghui.org) A court in Anshan City, Liaoning Province, had to cancel a recently scheduled a trial for two women arrested in July 2014 for practicing Falun Gong, a spiritual practice the Chinese Communist regime has persecuted since 1999.

Ms. Sun Jinjun, who had a mental breakdown, was taken to the Tiexi District Court from the detention center on the morning of April 13, 2015. Her attorney condemned the court for trying someone mentally ill, in violation of the law. 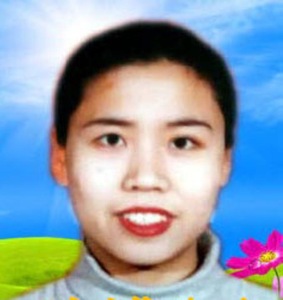 The police could not find Ms. Meng Yanli. She was released from detention because she developed severe anemia during a hunger strike.

The trial was canceled.

Ms. Sun Jinjun developed schizophrenia while she was held in a forced labor camp for her belief in Falun Gong 14 years ago. She recovered after her release, but suffered a relapse because of her latest arrest.

Local police prosecuted Ms. Sun despite her serious condition, claiming that she was mentally stable on the day of her arrest.

Given that Ms. Sun has been detained far beyond the time frame allowed by law and suffers from mental illness, her attorney has petitioned the Tiexie District Court for her release.

Ms. Meng Yanli was released 12 days after her arrest because of severe anemia. She demanded that the local police return her family's belongings and over 100,000 in cash they had confiscated. Ms. Meng has left home to avoid further persecution.

Ms. Meng's mother and brother were each sentenced to three-and-a-half years in prison on March 7, 2015.

Parties involved in the persecution of the above practitioners:

“The Power of Compassion”