(Minghui.org) Since its formation in the 12th century, Tai Chi has become an increasingly popular practice for mind and body worldwide. Though many people know of the practice, few know the story of its founder, Zhang Sanfeng.

Zhang was a legendary Taoist monk whose life spanned the Song, Yuan, and Ming dynasties. According to the History of Ming Dynasty: Biography of Zhang Sanfeng, he was from Yizhou City, Liaodong, or today's Dongbei Province in Northern China. His given name was Quanyi; Sanfeng was a nickname that he was known by.

Zhang was a towering figure of seven feet tall, with posture as rigid as a crane's and whiskers as hard as spearheads. He was known for being slovenly and wore a Taoist robe year-round regardless of the weather.

He was said to have been a wanderer, traveling to the ends of China. Legend has it that he could travel about three hundred fifty miles in a day.

Besides being the founder of the popular Tai Chi practice, Zhang also founded the Wudang Sect of the Tao school. As a monk that had obtained the Tao, he was greatly sought after by the emperors of the Ming Dynasty for his wisdom, and played a key role in popularizing Taoism through poetry.

Originally, Tai Chi was intended by Zhang to be a practice for both the spirit and body. But as time went on, people began to adopt Tai Chi for its physical benefits and Tai Chi began to become more and more of a physical exercise. 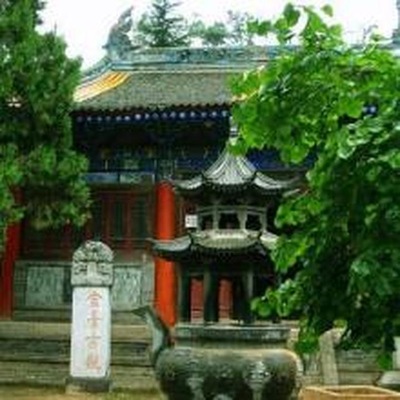 The Taoist temple where Zhang Sanfeng lived and cultivated. 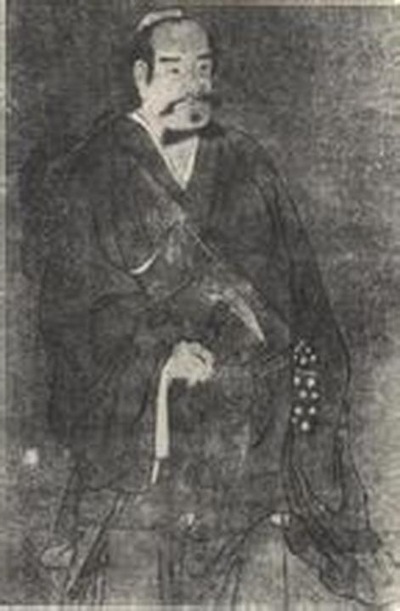 As a highly accomplished Taoist monk, Zhang became very famous by the time of the Ming Dynasty. During the two-century-long dynasty, almost every emperor sent emissaries to search for him in order to seek his advice on governance. Three emperors proclaimed him a “true person,” an enlightened person of the Tao school.

However, Zhang traveled from place to place and was hard to find until he finally settled down in Wudang Mountain.

After having visited all the peaks and canyons of Wudang Mountain, he declared, “This mountain will become very famous in the future.”

When Emperor Yongle, the son of Ming Dynasty's first emperor, ascended to the throne, he was determined to find Zhang. After a few fruitless attempts, the emperor sent Bachelor Hu Guang to look for Zhang with a very sincere note that he wrote himself.

After receiving this letter, Zhang responded with a poem. Zhang knew exactly why the emperor looked for him—as the ruler of China, the emperor had everything he wanted. So what could he possibly want Zhang for? The answer must be longevity.

In his poem, Zhang revealed to Emperor Yongle the secret to longevity: the emperor needed to calm his mind and relinquish his worldly desires. Emperor Yongle was more than happy to follow this advice.

In return, the emperor ordered the construction of eight palaces, two Taoist temples, thirty-six nunneries, and seventy-two rock temples on Wudang Mountain. He also made it a royal mountain and sealed it with a royal stamp.

Zhang's many writings, including Da Dao Lun, Xuan Ji Zhi Jiang, and Xuan Yao Piao, were all very popular with Taoists later on.

His most significant work, however, was Wu Gen Shu, a collection of twenty-four poems aimed to inspire people to start cultivation. In these poems, Zhang compared happiness in the secular world to a rootless tree that couldn't sustain itself for long. In order to escape this predicament, said Zhang, people must cultivate themselves.

The previous literature of Taoism had been very mysterious and obscure in terms of meaning and wording, and was therefore not widely read. Through the catchy rhythm and simple format of his poems, Zhang made Taoism more accessible to the common people.

His writing turned Taoism from an inaccessible belief to a ubiquitous practice that was followed by emperors and commoners alike.

Beside having calm and relaxed movements and finding a balance between strength and flexibility, Zhang's Tai Chi also emphasizes internal cultivation. It is practiced for self-defense and also to achieve an extended lifetime.

In recent decades, Tai Chi has attracted people from all over the world. There are many international competitions, tournaments, and large-scale performances dedicated to Tai Chi each year. It's also been depicted in many movies and TV programs.

But the practice has strayed far from Zhang's original teachings—it has become a physical exercise that is not very effective for either self-defense or longevity.

As a genuine cultivation practice, Tai Chi is not just about the movements; the improvement of one's mind and moral character is far more important. Taoism believes in having a pure mind with no intentions. Without cultivating the mind, the Tai Chi exercises alone are not enough to better the body.

Some well-known Tai Chi masters don't even try to meet this basic requirement of cultivation, and their minds are clouded by worldly desires. For this reason, no matter how diligent their exercising, they will not find Tai Chi very effective.

Over the years, some people have come up with different styles of Tai Chi and tried to become popular by changing the movements. But Tai Chi itself is very intricate, and cannot be easily changed. These Tai Chi spinoffs have also caused the general efficacy to erode.

The genuine Tai Chi that Zhang taught has long been lost. It is a shame and a disappointment to those who truly want to cultivate.

Luckily, there is a great cultivation practice today that is known for its simple movements and effectiveness—Falun Dafa. It has been spread far and wide because of its many benefits, and over 100 million people from around the world are practitioners.

It may not be Zhang Sanfeng's original teachings, but the spirit of a healthy mind and body continues on in this practice – a spirit that Zhang would agree with.