(Minghui.org) Shen Yun Performing Arts presented its new dance drama “Monkey King” in Mexico City in 13 performances from May 8 through 17.

Adapted from popular characters from Journey to the West, one of the four classic novels of Chinese literature, the dance drama took audiences on their own delightful journey. Many audience members expressed fascination at the skillful combination of dance and acting and the essence of traditional Chinese culture captured in the varied dramas.

In Journey to the West, a Tang Dynasty monk takes an epic journey from Chang'an (today's Xi'an) to India on a mission to retrieve sacred Buddhist scriptures. Legend has it that he was accompanied by three guardians, including the Monkey King, who protected him from numerous demons bent on eating his holy flesh to gain immortality.

Renowned Dancers: “Soul of the People” 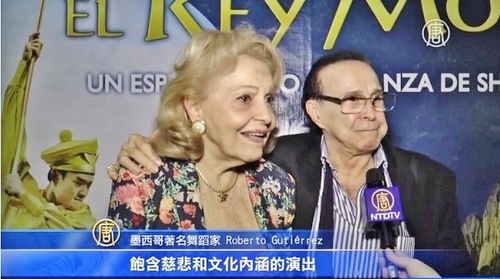 Roberto Gutiérrez (right) and wife Mitsuko Miguel, both renowned dancers in Mexico, described the show as “one of a kind” and “marvelous.”

“Of all that we have seen on Broadway and all the cultural programs we have seen in the world, this is one of the most marvelous things we have ever seen. I think it is not only the artistic message but also the cultural message. The children were enjoying the spectacular so much. It is so rare that they get to enjoy something presented with so much love and so much culture,” said Roberto Gutiérrez, a renowned dancer in Mexico.

“Extraordinary costumes, the music, everything,” added wife Mitsuko Miguel, who is a famous dancer herself. “There is not a single mistake.”

“This is truly a spectacular with an extraordinary discipline and marvelous technique,” added Mr. Gutiérrez. “This Chinese tradition cannot die. The Chinese tradition has quite often been the inspiration throughout the years for many ballets in the world.” 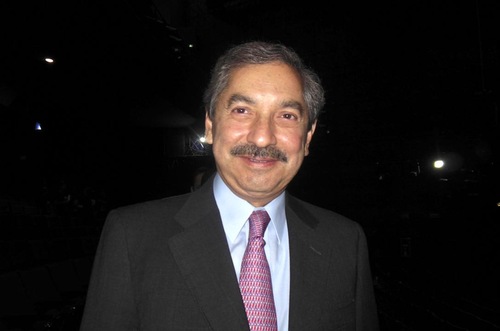 “The show is splendid! The philosophy, the ideology, and the art of dance are together. It’s wonderful!” said José Natividad González Parás, former governor of Nuevo León and president of a law firm.

He described the show as, “A beautiful journey, a fun journey, and at the same time a journey that shows higher values for the human being.”

“Classical Chinese dance is the essence of many important things we should know,” he said. “It really is something that must be seen.

“It belongs to humanity. If we really see it and really feel it, it grasps the essence and even the differences that may be in any culture. It really relates to us and many people in the world,” Mr. Medina explained.

Actor: The Origin of Theater 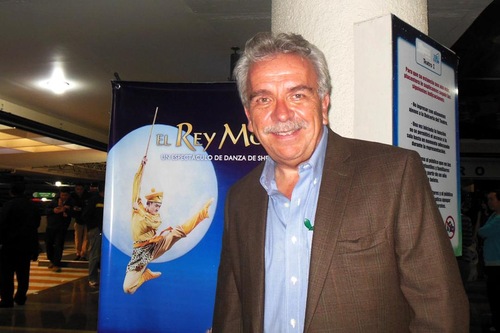 Actor José Elías Moreno spoke highly of “Monkey King.” “You get the feeling that you are with the origin of theater when you are here with this show.”

He described that the show took him to a difference place with its artistic expression and spirituality. “The origin of theater is this! It took me to understand the beginning of art and acting,” he said.

“I was fascinated by it. I liked it a lot,” he said of the show. 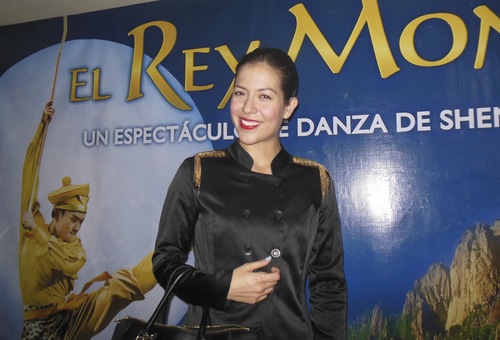 “It has exceeded my expectations. The beauty of the Chinese dance is something I enjoyed very much,” said television actress Mónica Farías.

She said that she saw the messages of “perseverance and mercy” and “peace and love between one another.”

“I really appreciate the excellence, the beauty, and the teamwork of each and every actor and dancer. I think that we need to take this excellence to everyday life, to make us better human beings, and to make this world a better place,” she added.

Shen Yun will continue to present “The Monkey King” in Quito, Ecuador on May 23-24 and Tucuman, Argentina on May 30-31. For more information on tickets and dates, please visit http://shenyun.com.