(Minghui.org) Falun Gong practitioners introduced the practice at a health fair at California State University in Sacramento on May 3, 2015. Sponsored by the Hmong University Student Association, the health fair attracted many students and visitors from the city. Many of them stopped to learn about Falun Gong, a traditional Chinese cultivation practice which has brought better health and spiritual well-being to millions of people around the world. 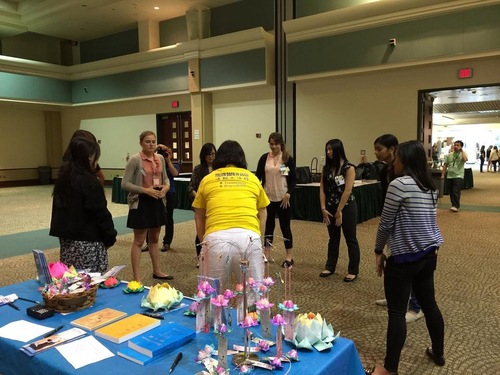 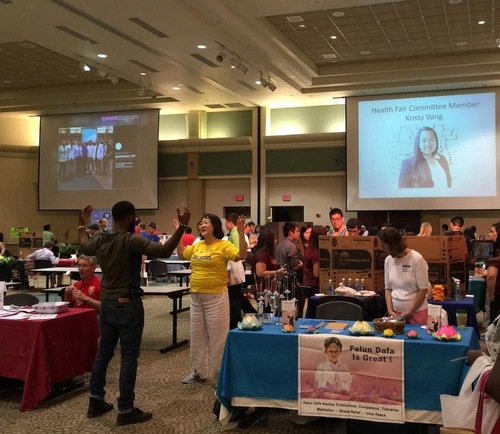 A young African-American man stopped at the booth and wanted to start learning the exercises right away. He carefully followed along to learn the movements. His friends who were waiting for him eventually put away their cell phones and joined in to learn the exercises.

Organizers of the event gave Falun Gong a center booth in the front row of the hall. They took group photos with practitioners and expressed appreciation for their participation.