After 14 Months of Wrongful Detention, Mother of Canadian Resident Put on Trial for Refusing to Renounce Her Beliefs

(Minghui.org) Only ten days after sentencing the father of a Canadian citizen to eight years for his belief in Falun Gong, the Chinese communist regime is targeting the mother of another Canadian resident, who is also a Falun Gong practitioner.

The trial of Ms. Tang Huafeng, 55, mother of Alice Zhang, a Vancouver resident, was scheduled for April 30, 2015 at Chengqu Court. 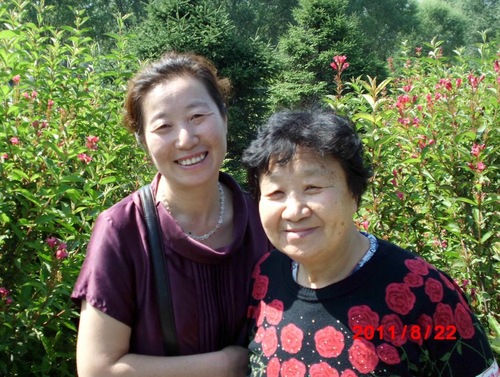 Ms. Tang was arrested in February 2014 while visiting a Falun Gong practitioner friend during the Chinese New Year. She has been held in solitary confinement and denied family visitation for more than 420 days in Jinzhong City Detention Center.

Shen Jianjun, an officer from Domestic Security Division, threatened her with “harvesting your heart, liver and kidneys” while interrogating her at the detention center.

At a rally in Vancouver on April 25, 2015, she called for help for her mother and all the other wrongfully detained Falun Gong practitioners.

“I hope that speaking out about my mother's plight will raise awareness of the persecution and encourage more people to help stop the abuses in China.” she said after the rally. 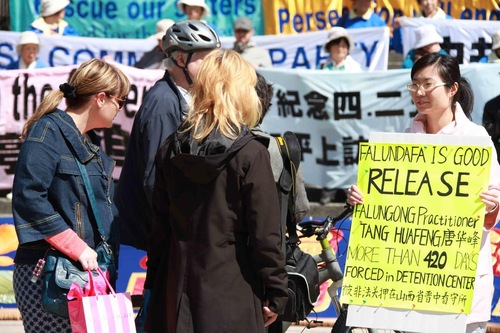 Alice Zhang calls for help to rescue her mother Tang Huafeng at a rally in Vancouver on April 25, 2015