(Minghui.org) Mahnaz and Mohammad Esmaeili, an Iranian couple now living in Vancouver, Canada, met each other at a Falun Dafa activity. “Mohammad said to me, 'I'm not going to get married this life.' I responded, 'No one would want to marry you, don't worry.'” Mahnaz recalled with a smile, “Yet we fell in love and got married two years later.” 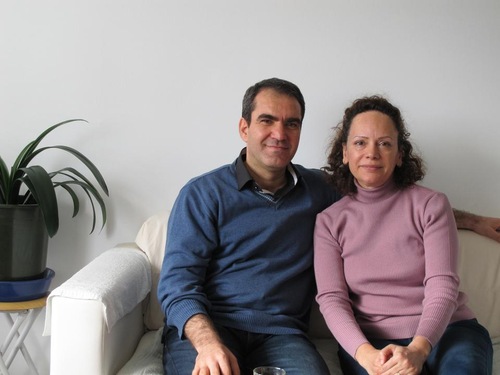 Mahnaz was teaching at Semnan University in Iran after completing her Ph.D. in psychology. Yet academic success didn't bring her happiness. “I wasn't able to solve my own psychological problems even though it is my field,” Mahnaz recalled. “I was constantly in anxiety. The anxiety caused me to have stomach and kidney problems. A car accident 20 years ago added back pain to my list of problems. I was often unhappy.”

“I hoped that something would save me someday.”

Mahnaz learned about Falun Dafa through a friend. They went to watch the nine-day Falun Dafa lecture video series in 2003. Practitioners from Sweden visited Iran a few times during 2002 and 2003 to introduce Falun Dafa.

The video lecture was in English. Mahnaz didn't understand English back then. However, she was impressed by the energy field—it was strong and comfortable. Her back pain was significantly reduced. She realized that the practice was very powerful. She soon got a copy of the Persian version of Zhuan Falun, the main book of Falun Dafa, and began practicing cultivation.

Mohammad is a process management scholar. He said, “People thought I was successful, but I wasn't happy.” He, too, was troubled by stomach problems and shoulder pain and resorted to smoking and drinking to ease his suffering. He went to Turkey and hoped to find a way to go to Europe, but didn't succeed.

After he retuned from Turkey, Mohammad was in low spirits. His colleague gave him a copy of the Persian version of Falun Gong, Falun Dafa's introductory book. Falun Gong is another name for Falun Dafa. He finished reading the book in one day and was happy to have found Falun Dafa, especially the tenets of Truthfulness-Compassion-Forbearance.

“I've obtained answers to a lot of my questions in life,” Mohammad said.

He quit smoking and drinking in a week. “I didn't even know when my pain and diseases disappeared! One day, I suddenly realized that I was pain free! I also became lighthearted.” 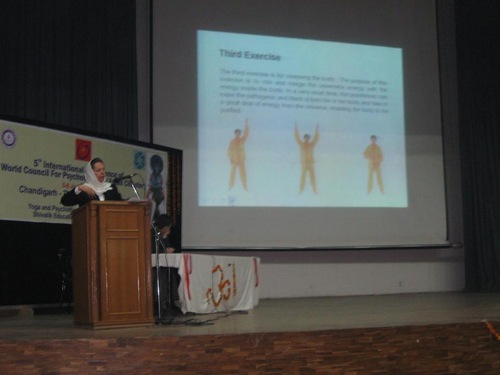 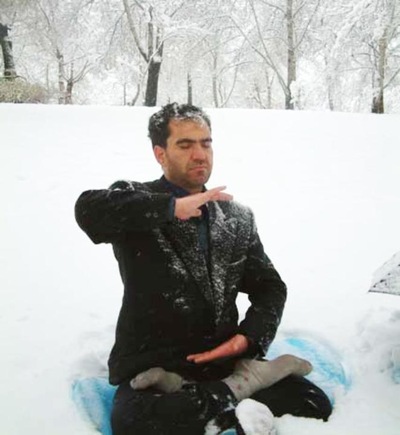 Better Relations with Others

Mahnaz attributed her different state of mind to her Falun Dafa cultivation, “I'm peaceful and able to forgive those who wronged me. I am no longer angry at them. I sincerely hope to help them because I feel their pain.”

Applying the principles of Truthfulness-Compassion-Forbearance was difficult at first. Mahnaz works in a very competitive environment. Professors compete for research topics and students. They often get into arguments during thesis evaluations.

“Many students want to study under me. Other professors weren't happy about that. Some even ignored me when I greeted them. Our relations were once quite tense,” Mahnaz recalled.

“I often thought others were to blame for my problems. I thought I was right. After practicing Falun Dafa, I started looking within and realized that I had much to improve on my end. I still greeted my colleagues warmly, gave them my sincere compliments, and was able to improve my work relations. A colleague who used to be in a 'cold war' with me became a good friend of mine in the end.”

Mohammad had similar experiences, “I used to think that I was better than others based on my intelligence. I was attached to my skills. However, I understood the principle of looking inward and reevaluated my past success. I learned to be more down to earth and gained more trust from my friends and colleagues.”

Ever since he learned about the persecution in China, Mohammad has made it his mission to clarify the truth. He raises awareness about how Chinese Communist propaganda has misled Chinese and people around the world and prevented them from knowing what Falun Dafa is. Due to economic relations between Iran and China, a lot of Iranians don't know about the severe human rights violations in China, nor the persecution of Falun Dafa practitioners.

Mohammad told his friends, colleagues, and local media about the persecution, especially about how Falun Dafa practitioners detained in China are subjected to state-sanctioned organ harvesting.

Mahnaz, with other practitioners' help, translated Bloody Harvest, a book by Canadian human rights lawyer David Matas and former Canadian Secretary of State David Kilgour on the subject of organ harvesting, into Persian. The first print was published in 2012 and sold out.

Mahnaz made a presentation about forced organ harvesting at an international human rights conference in Tehran in November 2012. The issue was reported by local media and had a notable impact on the public.

Practicing Falun Dafa has also sparked the Esmaeili's interest in Chinese culture. They felt close to Chinese people and the culture, so they had the idea to move to a place where they can practice freely and be in touch with many Chinese. In the end, they chose Canada.

They arrived in Vancouver in January 2015. They were happy to see so many Chinese. “I very much want to let my new Chinese friends know that they should get to know Falun Dafa on their own, independent of the communist propaganda. Don't be deceived by the Chinese Communist Party that persecutes innocent people for its own political gain,” Mohammad said.

The Esmaeili's feel certain that, just as predestined connections brought them to the practice and together on the journey, their move to Vancouver will facilitate many more predestined encounters with Chinese who are yearning to learn the truth about Falun Dafa.

“How to Treat Others' Words”