(Minghui.org) Local Falun Gong practitioners participated in the Chinese New Year parade sponsored by the Sydney city government on February 22, 2015. The parade, according to the city council, is the largest Chinese New Year celebration outside of mainland China. 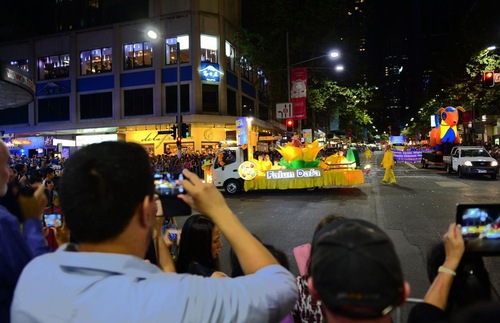 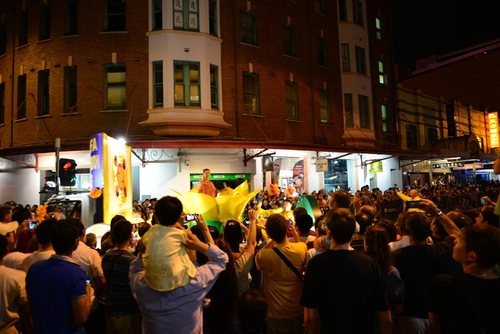 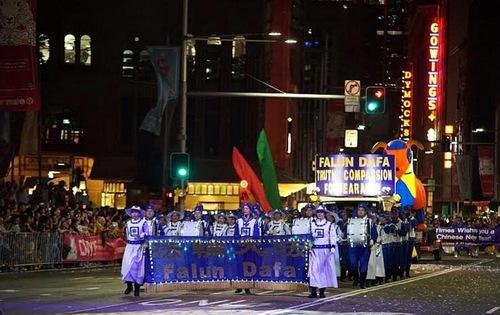 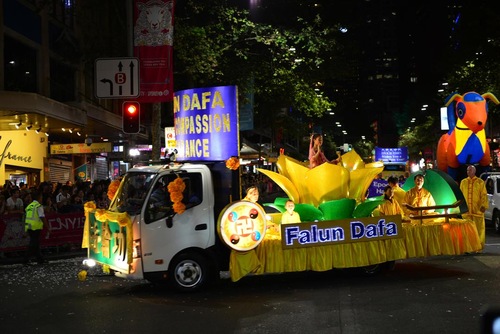 Practitioners spent the day before the parade passing out materials at the botanical garden, the Sydney Opera House, and Chinatown, and telling people the facts about Falun Gong. They reminded Chinese people to watch the Falun Gong performance in the parade, and helped many Chinese people quit the Chinese Communist Party.

On the float, three families from China, Australia, and France, demonstrated the exercises, while several practitioners dressed as a fairy ladies offered New Year greetings to the spectators.

Many Chinese were excited to see the practitioners, and expressed their appreciation. A gentleman from Shanghai said, “Falun Gong's performances are spectacular. It is breathtaking to see so many Falun Gong practitioners in the parade, which is impossible in China.”