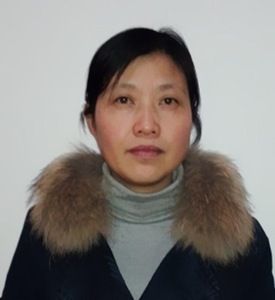 Ms. Jiang, who was born in 1968, was ill from the time she was a child. She developed stomach problems and bronchitis in middle school. After her daughter was born, she had several complications including a leaky bladder, hemorrhoids, and chronic eye soreness.

She was a belligerent and stubborn person, and often argued with people. Her life was filled with bitterness and despair.

She started practicing Falun Gong when she was 30, in May 1998. Along with studying Zhuan Falun and doing the five exercises, she began conducting herself according to the principles of Truthfulness-Compassion-Forbearance. Her health problems gradually disappeared. She became healthy, open-minded, and considerate of others.

Ms. Jiang went to Beijing to stand up for her belief after the Chinese Communist Party (CCP) started persecuting Falun Gong in July 1999. She was arrested and taken back to her hometown. She was detained at the Nancheng County Detention Center, and sentenced to two years of forced labor. She was transferred to the Jiangxi Province Women's Forced Labor Camp in February 2000.

Division head Deng Jian and team head Yang once led a group of officers into Ms. Jiang's cell. They dragged her from the upper bunk bed, and threw her on the ground outside the cell. She and four other practitioners were locked up in solitary confinement cells, hung up by handcuffs for three days, and deprived of sleep. Nearly every part of Ms. Jiang's body was injured during this time.

Labor camp head Wu threatened Ms. Jiang and other practitioners, “If you don't write the guarantee statements, we will sentence you to prison.” When Ms. Jiang tried to reason with the guards and help them understand Falun Gong, they replied, “If the government says you are evil, you are evil. If they don't allow you to practice, neither do we.”

To protest the inhuman treatment, Ms. Jiang and other practitioners started a hunger strike. The guards kept her tied to a bed for two months, and gave her access only to a basin for a toilet. A male camp doctor, with the last name Fu, patrolled the cells every day with handcuffs and a baton. He monitored and beat Falun Gong practitioners at will.

Ms. Jiang's health deteriorated, and she was hospitalized in the provincial prison hospital. She was returned to the labor camp on April 5, 2000. The camp authorities transferred several male inmates from other teams to force-feed her, and three female inmates monitored her around the clock.

Team head Li searched Ms. Jiang on May 11, and found several handwritten Falun Gong articles in her pocket. He grabbed a ring of keys and started slapping her in the face with them, causing Ms. Jiang's face to swell up. The next day Li grabbed her by the hair and beat her again. Labor camp doctor Fu tied her up on a bed afterward.

Many practitioners in the labor camp were tortured. Ms. Ouyang Shengqin from Jiujiang City was severely beaten. Ms. Li Yaping from Yingtan City had her arm broken. Ms. Jiang Lanying, Ms. Liu Zhaoqing, and Ms. Pu Yuxiang from Nanchang City were beaten and had to be taken to the hospital for emergency treatment. Ms. Liu Hailian was beaten until she was unconscious. Ms. Gao Jinfeng became mentally deranged due to the inhuman treatment. It was commonplace for the authorities and inmates to sexually assault practitioners with toothbrushes.

Ms. Jiang Youxiang was arrested again in January 2004, by the Nancheng County Domestic Security Team, while she was distributing Falun Gong materials. She was detained at the Fuzhou City Detention Center, where she was beaten by a death-row inmate and a female officer.

Ms. Jiang was released on bail awaiting trial, but arrested again at home two days before the Chinese New Year. She was sentenced to three years of forced labor. While Ms. Jiang was being force-fed, tied to a bed, and forced to work long hours in 2006, her mother passed away.

Ms. Jiang went to visit a practitioner on the evening of April 8, 2011. Officers from the Nancheng County Domestic Security Team, who were stationed near the door, arrested her. Ms. Jiang's home was ransacked and she was taken to the Dongxiang County Detention Center. She went on a hunger strike in protest and was brutally force-fed by the detention center head and several male inmates. She was later transferred to the Nancheng County Detention Center.

Without notifying any family members, the Nancheng County Court tried Ms. Jiang and the other practitioners. Ms. Jiang was sentenced to three years in prison.

Ms. Jiang was taken to serve her term at the Jiangxi Province Women's Prison. She was locked in a solitary cell and forced to undergo brainwashing. She was deprived of sleep and forced to view videos that slandered Falun Gong.

“Husband Suffers Heart Attack in Prison, Wife Threatened with No Visitation for Defending Him”