(Minghui.org) More than 200 citizens from Zhangjiakou City, Hebei Province, signed a petition protesting the actions of former Party chief Jiang Zemin. The petition signatures were later filed with the appropriate government agency: the Supreme Procuratorate. Receipts of delivery from the Procuratorate have been received.

The petition used the persecution of Mr. Chen Yunchuan and his family over the last 14 years as an example of the criminal actions taken by Jiang Zemin and the 610 Office against Falun Gong.

Six of Mr. Chen's relatives, all residents of Chanfangying Village, Huailia County, Hebei Province, were arrested and tortured multiple times because of their Falun Gong belief. Three of them died as a result of the mistreatment they suffered in custody. 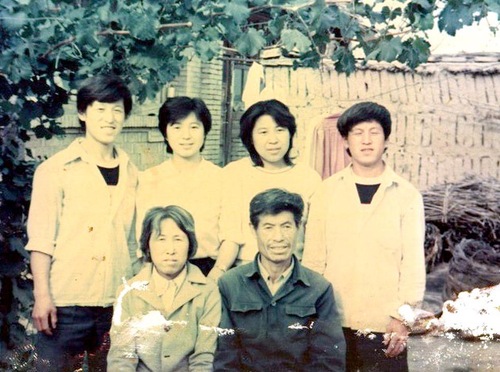 His older son Mr. Chen Aizhong was sentenced to three years of forced labor in 2001. He was tortured to death in Hehuakeng Forced Labor Camp, Tangshan City, Hebei Province, on September 20, 2001.

His youngest child Ms. Chen Hongping was arrested in June 2001. At the detention center in Hualai County, she was badly beaten, and her legs were broken. A few days later, she was sent to Gaoyang Forced Labor Camp in Hebei Province. She was severely tortured in the labor camp and died in March 2003.

His older daughter Ms. Chen Shulan and his wife Ms. Wang Lianrong were arrested in September 2002. Ms. Chen Shulan was sentenced to seven and half years, and her daughter Li Ying was also jailed by the 610 Office in the Changping District of Beijing for two yars.

Due to the constant harassment, Ms. Chen Yunchuan and Ms. Wang left home in 2005 and moved frequently for a year and a half. Ms. Wang died in August 2006.

In 2007, Mr. Chen Yunchuan went to visit his daughter Ms. Chen Shulan, who was in prison in Beijing. The prison refused to let him see her. He was even not allowed to leave her any cash or clothes. In January 2009, Mr. Chen died in a car accident.

Ms. Chen Shulan, the only survivor of the immediate family, was released in 2010. Overcoming numerous difficulties, she found her daughter Li Ying. By then, Mother and Daughter had been separated for eight years.

A year and a half later, however, the police in the Changping District of Beijing arrested Ms. Chen Shulan again in December 2012. They sentenced her to four years in August 2013. Her daughter Li Ying was arrested in October 2013 because of her efforts to rescue her mother.

Earlier this year, five Falun Gong practitioners from Zhangjiakou City, Hebei Province, filed a lawsuit against Jiang Zemin and the 610 Office for their roles in the tragic persecution of Mr. Chen's family.

The plaintiffs relayed the information to local residents and encouraged them to sign a criminal report against Jiang and the 610 Office, urging the Procuratorate to investigate the case.

Horrified by what happened to Mr. Chen's family, about 100 people courageously signed and submitted the petition reporting these crimes on October 23. A second report signed by 121 people was submitted on November 28.

“2000 Practitioners in Northern Taiwan Study the Fa and Share Experiences”