(Minghui.org) Falun Gong practitioners from Toronto held a group exercise in front of the Ontario Parliament building on November 1, 2015, introducing this ancient Chinese cultivation practice to the public. Several local people learned the exercises during the event. 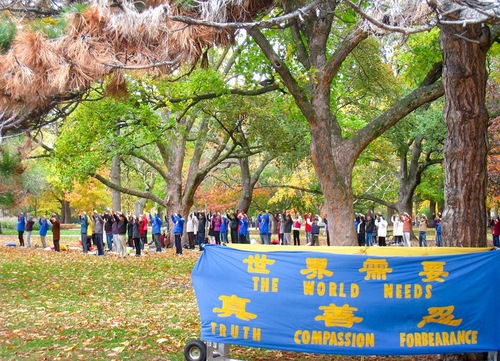 Group exercises in front of the Ontario Parliament Building. 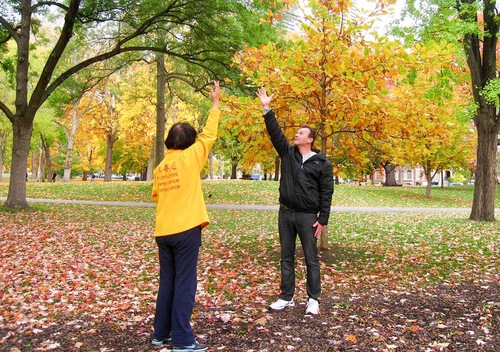 Local realtor Valeri Oparychue was attracted to the group exercises. He stood behind practitioners, and imitated the movements for a while. A practitioner subsequently taught him all five sets of exercises. Valeri said that he was excited and felt very good. He said he felt that Falun Gong would improve his body and mind.

Valeri was glad to hear that there is an exercise site right in front of the parliament building. He said, “I really want to practice Falun Gong,” and said that he would like to join the site. 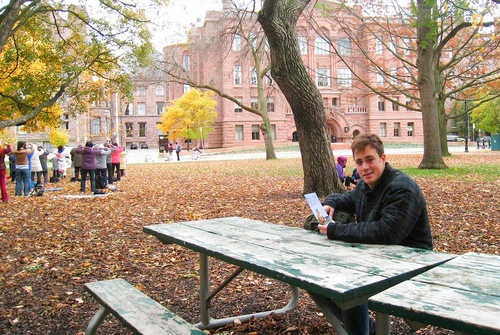 Sam Rubimosi, a student from Carleton University, watched the group exercises for a while. “I've never seen this before. It looks great.” he said. 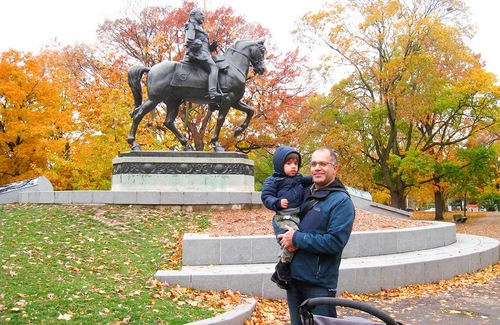 Sam Zivi, a local artist, was horrified upon learning that such a peaceful group was being persecuted in China. Regarding the Chinese state-sanctioned organ harvesting, he said he felt that the Communist Party was crazy. “It is everybody's basic human right and basic freedom to practice what they want,” he said.

“Snapshot of Falun Gong Practitioners Whose Lawsuits Against Jiang Zemin Were Received by Minghui on October 28-29, 2015”