(Minghui.org) Mr. Yuan Junfeng, 46, is a Falun Gong practitioner from Yushu City, Jilin Province. He has been arrested, detained, held in a forced labor camp, and imprisoned for over 13 years because he refused to give up his belief in Falun Gong.

Mr. Yuan was released in late 2014, in poor health – his vision had deteriorated, one of his legs was emaciated, and he had back pain. He was unable to sit for a long period of time or do heavy labor.

He finally reunited with his daughter after many years. He had last seen her when she was eight years old, and she was 22 at the time of his release. Mr. Yuan's father passed away while he was imprisoned, and prison officials refused to let him attend the funeral.

Mr. Yuan holds Jiang Zemin (former Party head who instigated the persecution of Falun Gong) responsible for his ordeals, and is sharing his sufferings with the hope that Jiang will be brought to justice.

Below is Mr. Yuan's persecution accounts during the past 16 years.

Before I started to practice Falun Gong in 1997, I enjoyed drinking alcohol, getting into physical altercations, and gambling. After I became a practitioner, I eliminated all my bad habits and followed the principles of Truthfulness-Compassion-Forbearance.

I went to Beijing three different times to appeal for the right to practice Falun Gong after the persecution began in July 1999.

The first time, I was arrested and held for over 100 days, in the Fengtai Detention Center in Beijing, the Shulan Detention House, and the Yushu Detention House. I was forced to do slave labor while in detention.

The police often harassed me after my release. They also beat my father, using the excuse that his son practiced Falun Gong.

I was arrested again on July 14, 2001, by officers from the Tuqiao Town Police Station, for distributing informational flyers about the practice, and held for 15 days. When I refused to renounce Falun Gong, I was subjected to one year of forced labor.

On the way to the Yinmahe Forced Labor Camp in Jiutai City, Jilin Province, Zhang Youcai, head of the Tuqiao Town Police Station, said he would immediately send me home if I gave him 10,000 yuan. I refused to cooperate with him.

I was forced to attend brainwashing sessions at the forced labor camp. I was also forced to sit on a small bench for a long period of time, closely monitored, and beaten by criminal inmates.

The police took me to the Shulan Detention Center to interrogate me using torture. They slashed my back with a special tool that caused damaged without leaving marks on the skin, covered my head with a plastic bag until I almost fainted, and hit my toes with a chair.

I refused to provide any statements during the interrogation, and went on a hunger strike to protest the mistreatment. I was subsequently force-fed with salty corn congee mixed with unknown drugs. 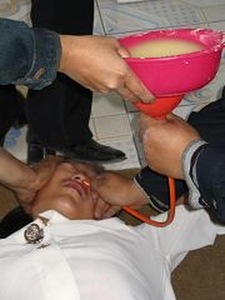 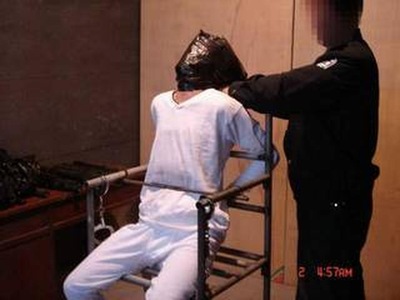 A judge at the Shulan City Court sentenced me to a four-year prison term without any evidence on December 29, 2001. I refused to sign the verdict and was sent to Tiebei Prison in Changchun City on April 15, 2002.

Yushu police officers came to the jail one day and said that if I confessed, my fellow practitioners would get lighter sentences. I was returned to Yushu Detention Center and held for 15 months before being sentenced to 11 years in prison. During that time, I was put in shackles because I had taught other inmates to practice Falun Gong.

I was transferred to the No. 2 Prison of Jilin Province, where I was forced to attend brainwashing sessions where several people took turns talking to me nonstop all day. I was also monitored around the clock, and forced to sit up straight for several hours at a time.

I was released on December 13, 2014, after being jailed for 13 years and four months. My health had deteriorated and I felt depressed all the time. It has been difficult to overcome the mental persecution I suffered while in detention.

My family changed so much while I was imprisoned. I was unable to be there for my father during his last moments of life, or attend his funeral. My second younger brother also passed away and I could not attend his funeral. I was separated from my daughter for 14 years, and missed out on her wedding and the birth of my grandchild.

I suffered persecution only because I practiced Falun Gong and wanted to be a better person. Tens of thousands of people in China have also suffered like me in the persecution of Falun Gong instigated by Jiang Zemin. I would like to call for support in bringing Jiang to justice.

“Some Thoughts About Conflicts Among Practitioners”