Seeing a Flier about Falun Dafa 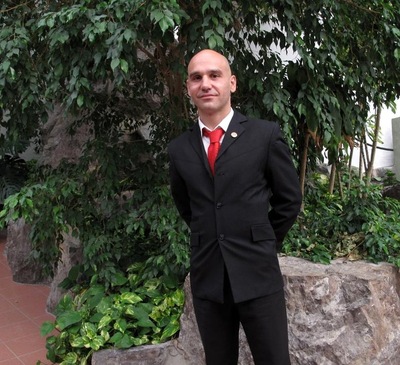 Nikolay, from Bulgaria, has been practicing Falun Dafa for two years. He works for an Italian restaurant.

Nikolay's mother received a flier about Falun Dafa on the street one day in 2012. She took it home for her son, as he had practiced eastern spiritual disciplines before and thought he might want to know about Falun Dafa. Nikolay was very interested upon reading the flier and contacted a local Falun Dafa practitioner. He learned the exercises and immediately decided that this was what he had been looking for.

Nikolay moved to London a month later and joined the Fa study group with local practitioners. He worked very hard to improve his English. At the same time, he often joined the truth-clarification efforts in London's Chinatown.

“I want to do more to raise awareness about the persecution,” Nikolay said. “Chinese people are more difficult to talk to about Falun Dafa and the persecution because they have been deceived by the Communist Party's propaganda.”

He knows the importance of having more Western practitioners participate in such activities. “If a Chinese person sees more Western Falun Gong practitioners, he/she will begin to question why.” He added. “If they don't accept a flier this time, they may take one the next time.”

Clarifying the Truth Is the Only Purpose for Our Activities 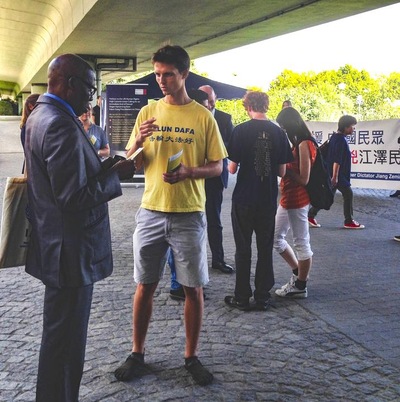 Mickel, a practitioner from Poland, talking to people near the United Nations Office in Vienna on September 18, 2015.

Mickel from Poland has been practicing Falun Dafa for two years. He saw a group of people tidying up after an activity and were getting ready to leave. He asked what they had been doing.

A practitioner gave him a brief introduction about Falun Dafa and recommended that he read the book Zhuan Falun. He did, and soon became a practitioner.

“Every speech read at the conference was good and helpful to me,” Mickel said.

He specifically liked the experience sharing about the “Ride to Freedom” project, which gave him a lot of encouragement in his cultivation. “They ran into a lot of obstacles on the 'Ride to Freedom' trip,” Mickel commented. “But they kept their righteous thoughts, so all of the problems were resolved in the end.”

Mickel soon came to realize that no matter what Dafa project you participate in, the purpose is always to let people learn the truth about Falun Gong and the persecution.

“This project or that project have no major differences. The main purpose is to let people know the truth,” Mickel concluded.

Deciding to Practice Falun Dafa Was an Important Decision 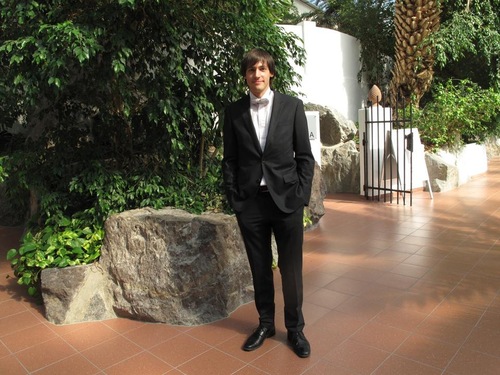 Practitioner Nads is a Ph.D student in Mathematics.

Nads, a practitioner from Slovakia, is currently studying for a Ph.D in Mathematics at the Linz University in Austria. He learned Falun Dafa from a friend in 2008 and has experienced many health benefits from practicing the exercises. He says that one of the benefits was that he can sleep better.

However, he hesitated on his decision to become a genuine practitioner.

He had more contact with practitioners after moving to Linz and participated in the group exercise a few times.

After more thinking and discussions with other practitioners, he decided that Falun Dafa and it's principles of “Truthfulness-Compassion-Forbearance” is what he wanted. Making this important decision, Nads set off on the journey of cultivation in December 2014.

Nads talked about his experience of attending a Fa conference for the first time. “We sent forth righteous thoughts in the plaza. There were a lot of practitioners around me. It felt so good.” 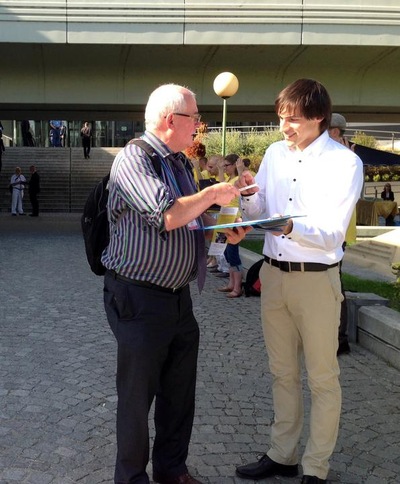 Attending the experience sharing conference for the first time, Nads found human notions he had of laziness and fear. He said he has a better understanding of our mission now. “I haven't participated in Shen Yun Performing Arts promotions before, and just realized how important it is. I wish I could do something to promote Shen Yun,” Nads said. 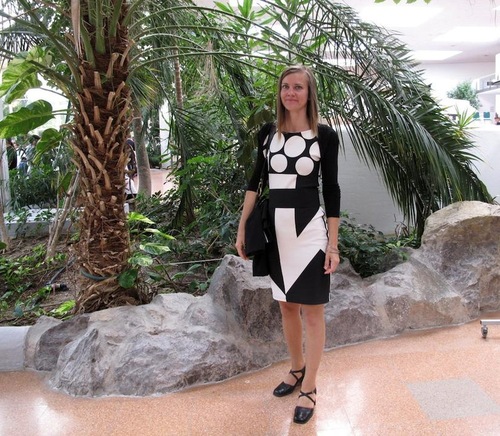 Two years ago, Dafa practitioners had a signature drive activity in Bratislava, the capital city of Slovakia. Dianna, an art teacher at a middle school, signed the petition form and heard of Falun Dafa for the first time.

However, her life was quite hectic back then, and her interest in Falun Dafa slid.

She met some practitioners at an event six months ago, where they introduced Falun Dafa and demonstrated the exercises.

Dianna noticed the peaceful energy field they carried and felt very comfortable to be with them. She decided to practice Falun Dafa so as to understand the meaning of life, be a better person and be at spiritual peace.

“Half a year later,” Dianna said, “My life changed a lot. It is no longer as easy going as before, but I am much happier now. I can concentrate more, so I can deal with many things better. I can communicate better now and I no longer fear talking to people.”

Talking about the experience sharing conference, Dianna said, “I felt pure and at peace during the conference. This feeling is what I have been looking for. I felt like I found my true self.”

“Police Are Among the Victims in the Persecution of Falun Gong”