A person in the Netherlands named Liu Hongchang (刘洪昌) is posing as a Falun Gong practitioner. He is not cooperating with the local Dafa Association. In the name of doing government relations work, he is contacting practitioners in other areas, including Australia, New Zealand, and Taiwan. He has asked many practitioners for funds, and spends those funds staying in luxury hotels. Moreover, he has exhibited indecent behavior toward multiple female practitioners. These are not the actions of a Falun Gong practitioner. He has even used the name of Master's family to make false claims that Falun Gong will form a nation in the future, that the nonprofit organization established by Liu Hongchang is meant to control European politics, etc. 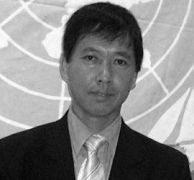 From now on, all practitioners should be cautious of this person and not be fooled by his lies. Practitioners can also require that he return the money he owes to other practitioners. We also ask governments around the world to pay attention to Liu Hongchang, who may harbor ulterior and dangerous motives.

“A Tour Guide in China: Cultivating Myself and Demonstrating the Goodness of Falun Gong”