(Minghui.org) “Their performance was fantastic!” said San Francisco resident Diane Paz of the Falun Dafa group's Divine Land Marching Band during the Columbus Day Parade last Monday. “Truthfulness, Compassion, and Forbearance strike a chord in my heart, and are what I need. They are truly meaningful and embody beauty and grace,” she said.

Among one of the 100 parade entries, the Falun Dafa contingent stood out as one of the largest entries in San Francisco's annual Columbus Day Parade, also known as the Italian Heritage Day Parade. It is the nation's oldest Italian-American parade dating back to 1868. 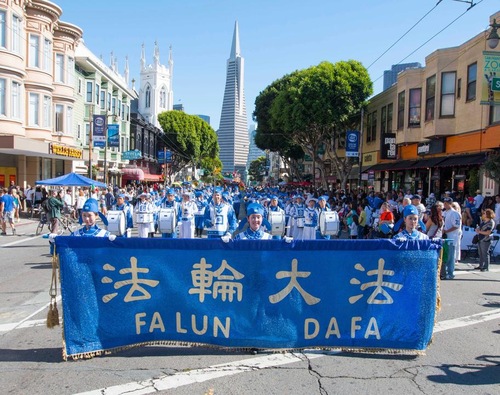 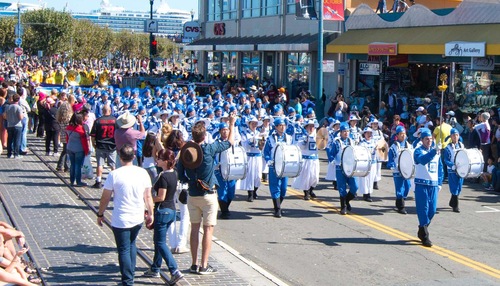 “Falun Dafa is an ancient cultivation practice. Its gentle exercises and tenets of Truthfulness, Compassion, and Forbearance have benefited more than 100 million people around the world physically and mentally. Thanks, Falun Dafa!” said Joe Leveroni, host of the parade, as he introduced the Falun Dafa group.

“The Falun Dafa procession is wonderful, really marvelous,” he added. “Their costumes are bright and graceful. The music they perform is amazing!” 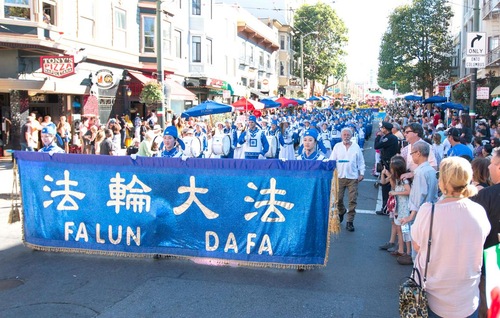 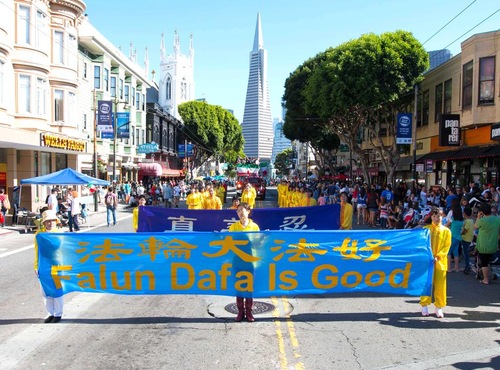 At Fisherman's Wharf: Falun Dafa Procession Gets “Thumbs Up” Support 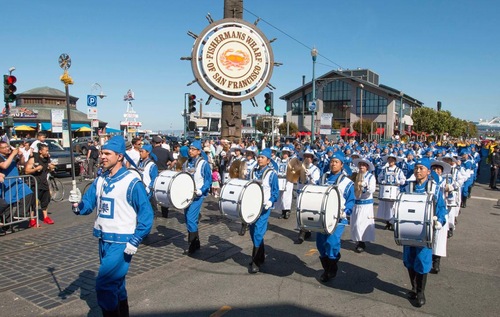 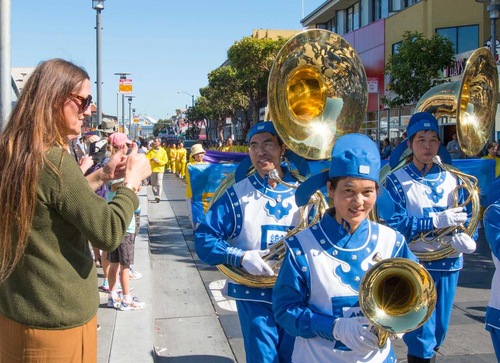 Debra, tourist from Canada, was excited upon seeing the Falun Dafa group in the parade. “Their performance is absolutely brilliant, full of energy,” she said. “They look peaceful. Their practice makes me feel tranquil and relaxed. It's wonderful!”