(Minghui.org) Attacks aimed at disrupting Falun Gong practitioners' protests in Brazil during the visit of Xi Jinping, head of the Chinese Communist Party (CCP) ended up having the opposite of the intended effect. Media coverage, including interviews with practitioners has drawn more public attention to the persecution of Falun Gong.

Falun Gong practitioners staged peaceful protests at the Square of the Three Powers, the political center in Brasilia, capital of Brazil on the 16th and 17th. Banners that contain information on the persecution in China, in particular the state-sanctioned forced organ harvesting, were displayed in Chinese, English and Portuguese. 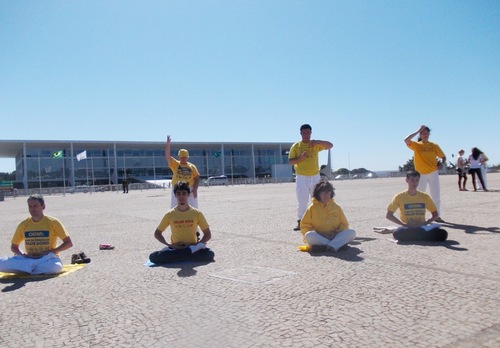 Falun Gong practitioners meditate and demonstrate the exercises at the Square of the Three Powers. The presidential palace (Palácio do Planalto) is in the background.

On the 17th, Chinese embassy officials directed a group of Chinese to block practitioners' entrance to the Square. A few practitioners were surrounded by eight thugs. While tearing away the practitioners' banners, the attackers used professional judo skills such as rear naked choke, strangling, and striking the groin with fists and knees.

A female Brazilian practitioner who tried to help others was beaten on the shoulder and chest by four thugs. After stealing a banner, one thug threw it to another one, who then started running towards the Square. 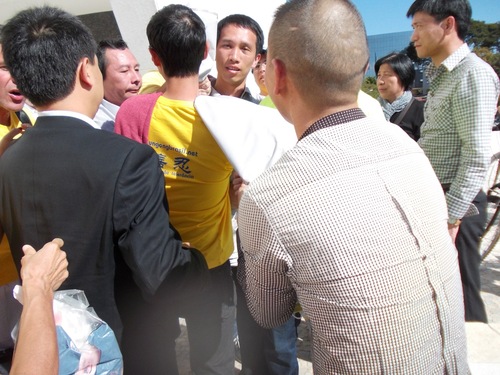 Thugs directed by Chinese embassy officials surrounded practitioners and tore away their banner.

A practitioner ran after them shouting, “catch the thief!” Brazilian police apprehended the thug and obtained the banner. Upon verification, the police arrested four thugs and took them away.

Three out of four major TV stations in Brazil dispatched reporters to the police station. Practitioners received interviews and told their stories. The news was broadcast on the night of the 17th.

A day before the arrests, the embassy officials parked vans to block practitioners. The number of vans ranged from four to seven. Sometimes a double-deck bus would be parked in front of the protests. They also called different types of police to question practitioners. The police moved on upon discovering the actual situation.

Many in the Chinese delegation had the opportunity to learn information which is covered up in China. After speaking with practitioners, several Chinese secret agents agreed to withdraw from the CCP and its affiliated organizations. 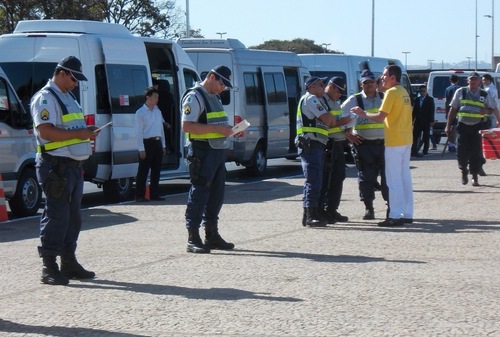 Brazilian policemen read the informational materials about the persecution of Falun Gong in China.

“It is love, unconditional love”

Practitioners gathered in front of the Chinese embassy to protest the 15-year-long persecution on July 19. A police car arrived, but the policeman simply sat there. When a practitioner approached him to inform him about the persecution and recent assault near the Square of the Three Powers, he said: “There is something so powerful about you. I'm not sure what it is, but it makes me want to cry.”

As practitioners finished up their activities, the policeman found his answer, and told them: “It is love, unconditional love.” 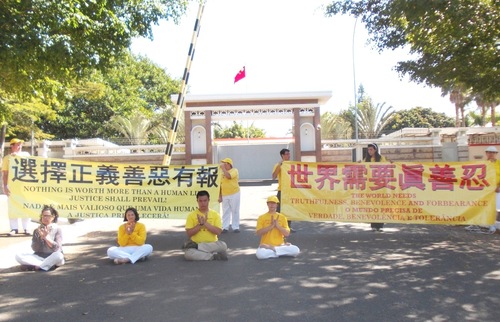 Falun Gong practitioners protest in front of the Chinese embassy in Brasilia.

Practitioners also clarified the truth at tourists sites in Brasilia on July 20. Many Chinese had learned of the recent assault from the TV news. During the outdoor activity, several more Chinese businessmen declared their withdrawals from the CCP organizations.

The next day, practitioners provided free exercise instruction at a senior citizen center, held weekly, and carried on their activities as usual. 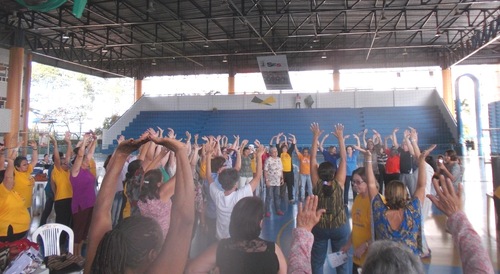 “Rally at the U.S. Capitol: "I Commend All the Brave Participants of the Tuidang Movement and Extend Moral Support" - Proclamation by Martha Flores Vasquez, District Leader in Queens, New York”