Australia: Exposing the Persecution of Falun Gong at a Famous Tourist Spot in Melbourne (Photos)

(Minghui.org) Captain Cook's Cottage is a “must go” tourist spot in Melbourne, Australia. Local Falun Gong practitioners have come here every week for more than ten years, to tell the public about Falun Gong, and expose the brutal persecution of the practice in China. 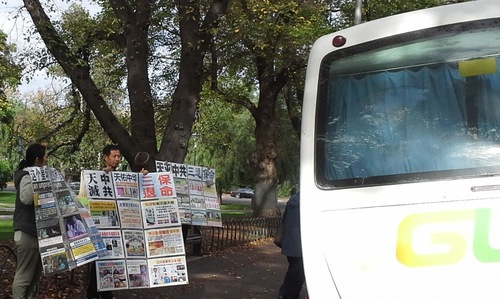 Practitioners show information about the persecution to a group of Chinese tourists on a bus. 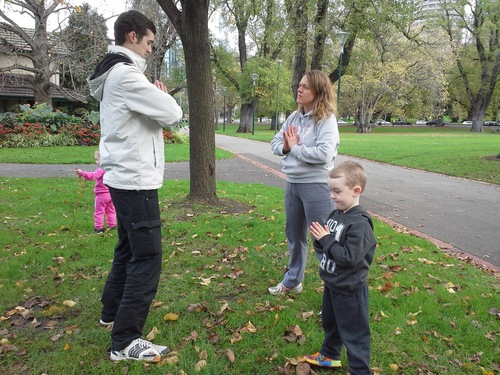 A mother with son and daughter learns the exercises. 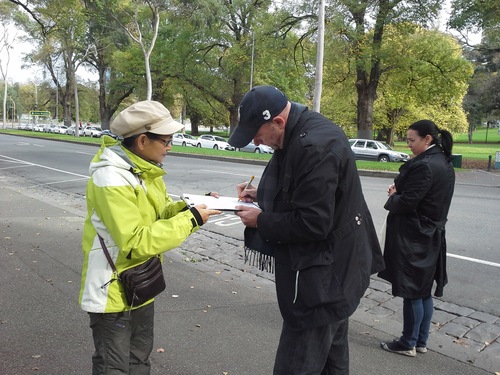 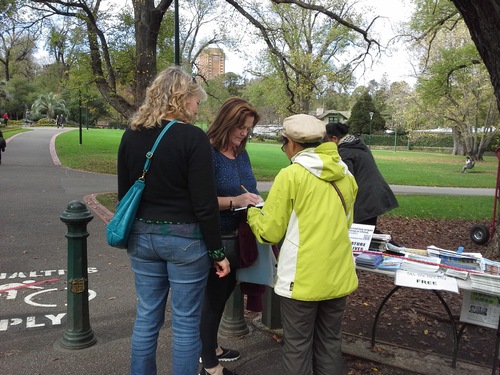 Ms. Liu, a local practitioner, often runs into Chinese tourists at the cottage site. She tells them about the persecution of Falun Gong, especially the organ harvesting, and tries to convince them to quit the Chinese Communist Party. Many tourists have been touched by her sincerity, and quit the Party.

A Chinese girl once told Ms. Liu that her father was a police officer, and that she would not quit the party. Ms. Liu said, “Actually, many Chinese police officers are nice. They have been deceived by the government too. There are no secrets in Falun Gong. You and your father should go find the truth.”

Ms. Liu said to her, “The Chinese policemen who have been involved in the persecution are just like the criminals in World War II, who were tried after the war. Please tell your father, even though he has to follow orders from his supervisors, he can still do what he can to help Falun Gong practitioners.”

“Have you heard about the story of East German guards? They were ordered to shoot whoever tried to climb over the Berlin Wall. But they can raise their guns a few inches and miss their targets. Your father can do the same. He can also help to collect evidence of the persecution.”

They talked for a long time. Finally, the girl was convinced, and quit the party. She said to Ms. Liu, “Aunt Liu, thank you for telling me all this. Please take care of yourself.”

Many Westerners have signed the petition supporting Falun Gong and condemning the persecution. Some have expressed strong interest in learning the exercises.

“A Mockery of Justice for Ms. You Liqin: Repeated Trials, No Convictions, No Release”