(Minghui.org) More provincial and city level public officials in Canada have joined the celebration of the 22nd anniversary of Falun Dafa and World Falun Dafa Day by recognizing Truthfulness-Compassion-Forbearance, the key principles of Falun Dafa, and practitioners' contributions to their local communities.

“Diversity makes Nova Scotia stronger and the tenets of Falun Dafa – truthfulness, compassion and forbearance – are principles that we should all hold dear,” Jamie Baillie, Leader of the Opposition of Nova Scotia Province, wrote in his letter extending best wishes for the Falun Dafa anniversary celebration.

Taking pride in Saskatchewan Province as “friendly and community-oriented,” Gordon S. Wyant, Minister of Justice and Attorney General, wrote to practitioners in his province: “By promoting the practice of these values [Truthfulness-Compassion-Forbearance], you are also promoting peaceful solutions to conflict, which in turn builds safe communities. I commend the Falun Dafa Association of Canada for the work that is being done to bring peace here at home and around the globe.”

“Falun Gong has received worldwide recognition for promoting acceptance, kindness and unity. The people of Saskatchewan identify with your values and share your efforts to encourage the general public to find peaceful solutions to conflict,” wrote Bill Boyd, Minister of the Economy of Saskatchewan, as he congratulated practitioners and supporters of Falun Dafa on the occasion of the 22nd anniversary. 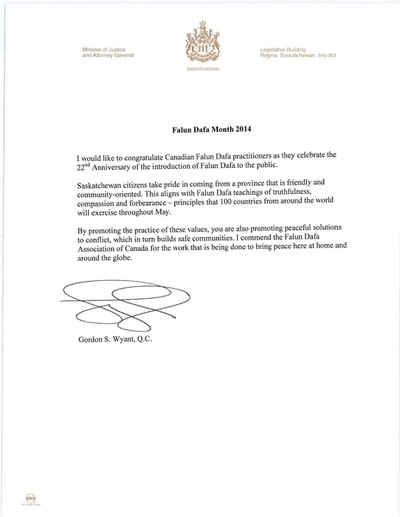 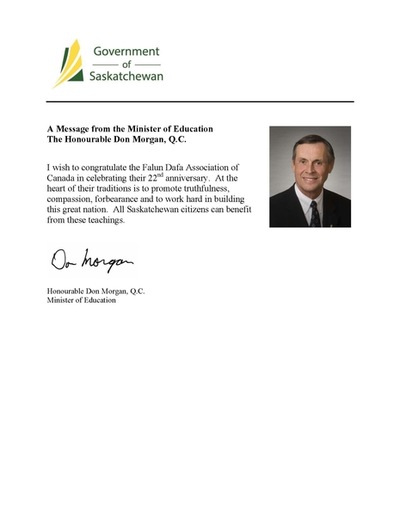 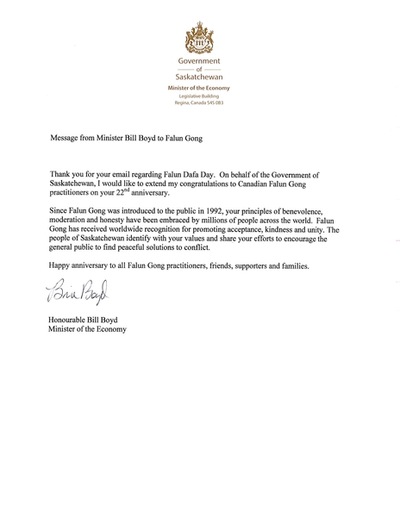 Congratulatory letter from Bill Boyd, Minister of the Economy of Saskatchewan 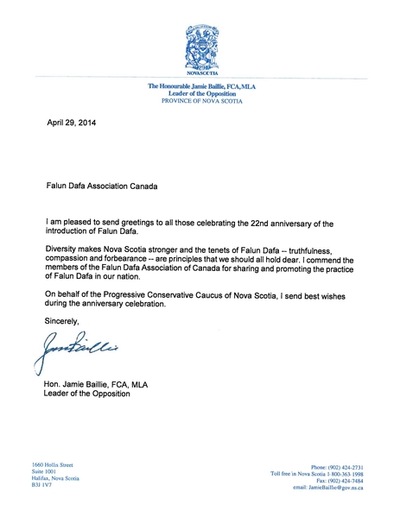 The cities of Prince Albert in Saskatchewan and Hantsport in Nova Scotia proclaimed May 13, 2014, as their local “Falun Dafa Day.” 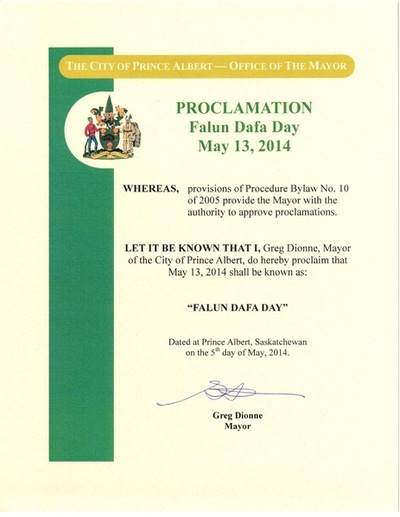 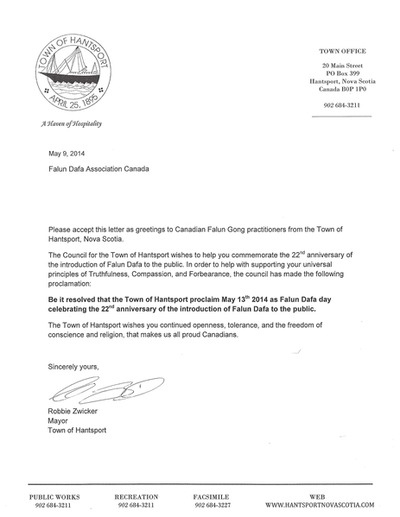 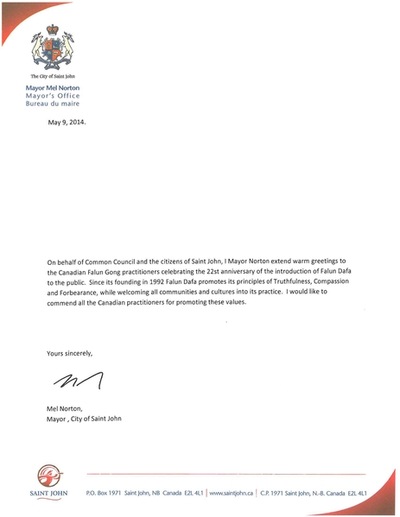 “[Celebrating World Falun Dafa Day] Where Do My Blessings Come From?”