(Minghui.org) More than 7,000 Falun Dafa practitioners from around the world attended the 2014 New York Falun Dafa Cultivation Experience Sharing Conference at Barclays Center in Brooklyn on May 13, 2014. Master Li gave a lecture of an hour and forty minutes. He recognized Falun Dafa practitioners' great effort and sacrifice in offering salvation to sentient beings, and pointed out Chinese and overseas practitioners' attachments. He also noted that practitioners have become less diligent as the environment has gotten more relaxed. He asked the practitioners to treat cultivation seriously and cultivate like when they first began practicing. Many practitioners were moved to tears by Master's compassion.

After the lecture, a number of practitioners shared their understandings of Master's talk and stated their determination to be more diligent. 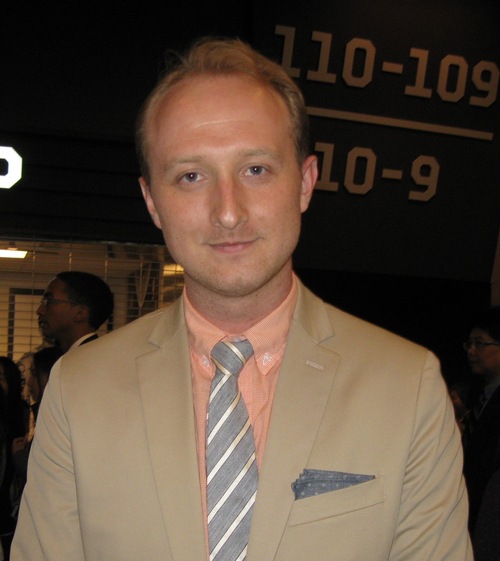 Jason Loftus, a Falun Dafa practitioner from Toronto, said that he could clearly feel that Master is taking care of him at every moment. As a Dafa practitioner, he is usually busy with all kinds of projects to validate the Fa. On his way to the Fa Conference, he felt serious symptoms of sickness karma. But he was merged in the strong energy field and felt relieved as soon as he entered the conference hall. All of his symptoms were gone after listening to Master's lecture. He could feel that Master had taken many bad things off him. He was very grateful, and determined to do well in his cultivation. 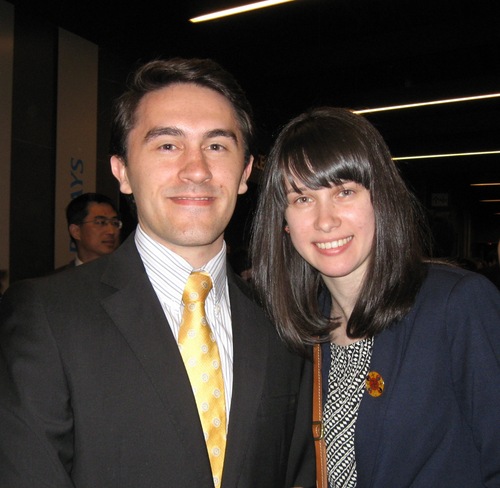 Canadian practitioners Dan and Lina said, after listening to Master's lecture, that they felt a strong need to advance diligently in their cultivation. They realized that it was the only way to offer salvation to sentient beings. Dan said that he needed to study the Fa with a quiet mind, concentrate better when doing the exercises, and put his heart into offering salvation to sentient beings. Lina said that she had felt frustrated and her heart was in turmoil before she entered the conference hall. But everything brightened up after she was in the hall and especially after listening to Master's lecture. When Master mentioned “cultivating ourselves like when we first began practicing,” Lina made up her mind to do well. She suddenly felt that her heart was lightened. She believed that Master would help her to continue making advancement.

Mr. Zhu from New Jersey said, “After listening to Master's lecture, I felt very shameful for not being diligent in my cultivation. Master has given us opportunities again and again, and explained the Fa to us more and more clearly. He had told us the composition of the universe, the preciousness of life, Dafa practitioners' origin, and the origin of the Eastern and the Western societies. He hopes for us to advance diligently and treasure our opportunities. So we must seize the time to cultivate ourselves solidly.”

Ms. Wang from the U.K. said, “Master compassionately reminded us to cultivate ourselves like when we first began practicing. We slacked off and thought we had met the standard. As a matter of fact, Master can see clearly where we fall short. He alerted us again. He didn't blame us, but patiently and earnestly told us that we aren't cultivating ourselves like when we first began. We still have so many attachments to eliminate, and we have a huge responsibility. Master has high expectations of us. Some people are hard to save, but if we don't [save them], they will be ruined.” 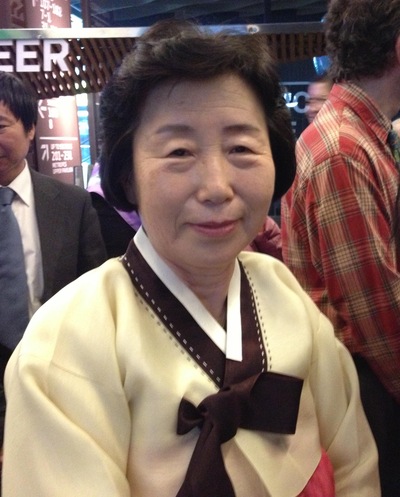 Ms. Jeon, a Falun Dafa practitioner from Korea, said her strongest feeling was to cultivate herself like when she first began practicing. She feels that she has slacked off and needs to catch up. Before she obtained Dafa in 2001, she had been stubborn and opinionated. Others had to follow her way. Cultivation in Dafa had changed her completely. She learned how to think from the point of view of others and to treat others with compassion. Ms. Jeon said, “I will share my understanding with my fellow practitioners in Korea. We will advance diligently on the path of cultivation.” 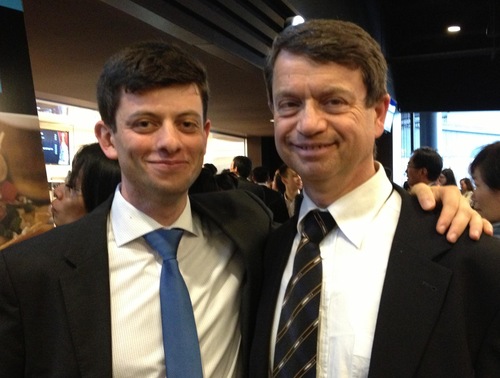 Falun Dafa practitioners Dima and his father from Germany

Falun Dafa practitioners Dima and his father came to the conference from Germany. Dima said, “I have a feeling that we have to make further advancement. Cultivation is serious. We can't give up. We can't stay in our comfort zone. We should work harder and harder.”