(Minghui.org) Practitioners Ms. Jin Guolan and Ms. Jin Guoqin are sisters who live in Yantongshan Town of Panshi City in Jilin Province. They were illegally arrested by local police on December 2, 2013 and were held in the Jilin City Detention Center for more than 100 days. They are being forced to do slave labor while waiting for their court trials. Their relatives have hired lawyers to defend their innocence. 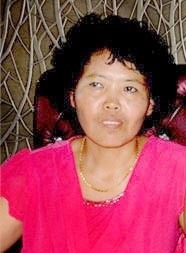 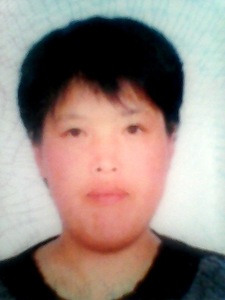 The Jin sisters began to practice Falun Gong in 1998. After the Chinese Communist Party (CCP) began to persecute Falun Gong, they and their younger sister Ms. Jin Min have remained steadfast in their belief for the last 15 years. They have experienced a variety of persecutions, including harassment, detention, brainwashing and forced labor.

Ms. Jin Min is the youngest of the three sisters. She worked in the Sintering Plant under Tonghua Iron and Steel Group. After the CCP began persecuting Falun Gong on July 20, 1999, Ms. Jin, her husband Mr. Diao Yongmin and practitioner Mr. Liu Fuquan made two trips to Beijing to appeal for their belief in August and October. The three were detained for two months. Plant Manager Li Chunnian stopped Ms. Jin's and Mr. Diao’s salaries.

Ms. Jin and Mr. Liu Fuquan traveled to Beijing again on the 15 th day after the Chinese New Year in 2000. Mr. Liu was detained for a month, and Ms. Jin was sent to a labor camp for a year. Her forced labor sentence was extended for 11 months.

Shortly after Ms. Jin returned home from the labor camp, the local CCP authorities launched a massive campaign to round up practitioners. They did this to retaliate against practitioners’ effort to play videos about the Tiananmen Self-immolation hoax on public cable TV. Ms. Jin was arrested again, sent to a labor camp for two more years, and her salary was stopped.

Ms. Jin Min returned to their hometown, Panshi City, in July 2004 to visit their mother. After she clarified the truth about Falun Gong to people, she was arrested along with her mother, her mother-in-law, her two sisters Ms. Jin Guolan and Ms. Jin Guoqin, and a neighbor. Following the arrest, Ms. Jin Min was sentenced to another three-year forced labor term. The others were also sent to a labor camp to serve one year of hard labor.

All three sisters’ salaries were stopped. After Ms. Jin Min served out the sentence and went back to work in 2005, Liu, the office manager of Sintering Plant told her that she was fired.

Ms. Jin Min was again arrested while clarifying the truth to local people on the morning of June 26, 2010. Officers from the Yancongshan Police Station searched her home and sent her to the Panshi Detention Center.

The Yancongshan Town head, a staff member, and a few police officers came to Ms. Jin Guolan’s home to force her to sign a statement to stop practicing Falun Gong at 6:40 a.m. on March 11, 2011. After Ms. Jin refused, she was arrested and sent to the Jilin City Brainwashing Center.

While distributing Falun Gong informational materials in Yincongshan at 8 p.m. on December 2, 2013, Ms. Jin Guolan and Ms. Jin Guoqin were arrested and sent to the police station. Ms. Jin Guoqin managed to escape. But on her way home the next day, she was picked up by police who were waiting at her house. The two sisters are now being detained at the Panshi Detention Center.

When she heard about her sisters’ arrest, Ms. Jin Min went to the Yancongshan Police Station and demanded they be released. She was first denied entry, but later arrested for being a Falun Gong practitioner. Ms. Jin Min launched a hunger strike after being sent to the Changliu Detention Center in Tonghua City. She was released eight days later.

As of this writing, Ms. Jin Guolan and Ms. Jin Guoqin are in Jilin City Detention Center awaiting court trial.