(Minghui.org) The Shizhong District Court in Leshan, Sichuan Province illegally sentenced Mr. Tong Jiang on the afternoon of February 18, 2014, to four years imprisonment and Ms. Wang Ou to two years imprisonment with three years probation. The court officers blocked their families and friends from attending the hearing and caused trouble for their attorneys.

The court session started at 2:30 p.m. on that day. A few days before the court date, the court notified officers from the 610 Offices in all districts and counties, as well as local community personnel, to attend the session. They also posted false information on the bulletin board, saying the court date was April 8. The purpose was to prevent the practitioners' families and friends from attending the trial. The court also dispatched a special police unit, domestic security officers, court guards, and about 100 officers in total to the court. They seemed to be preparing for any eventuality, and this drew people to come around and watch.

The judge intentionally made trouble for the two attorneys, Liang Xiaojun and Guo Haiyue, before the court. The guards forcibly searched the attorneys' bags and intended to list the chargers in their bags as dangerous goods, not allowing the attorneys to bring the chargers which were necessary for their equipment, into the court. Attorney Guo Haiyue called the attorney committee on the site and protested. The court finally gave up this unreasonable action.

It was said that the two attorneys did a “not guilty” defense for the two practitioners. However, the court yielded to the order from the 610 Office and made the sentence decision earlier. 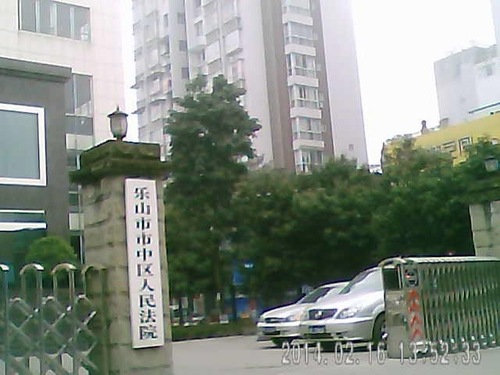 Entrance to the Court 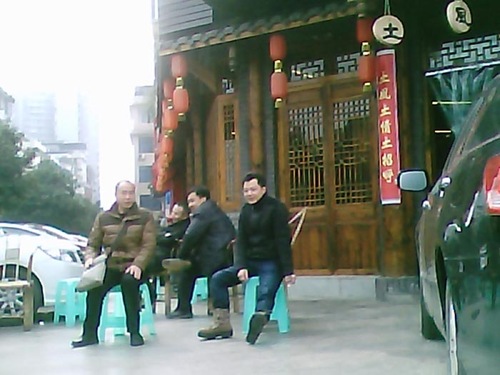 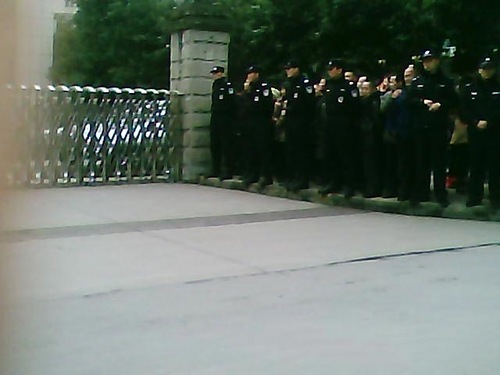 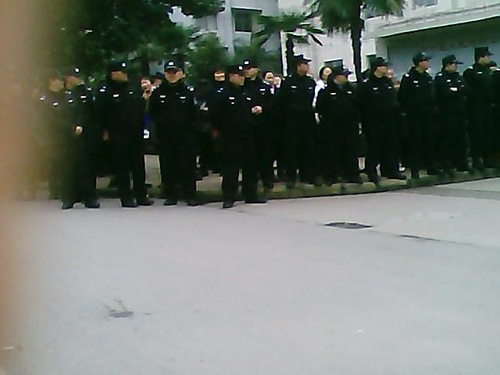 “Zhai Jinping, a Physician in Shandong Province, Persecuted for Her Belief”