Tens of thousands of people in Xingtai and Shahe watched the programs. They were shocked to learn that the CCP had framed Falun Gong practitioners for criminal acts and was brutally persecuting them. Many more learned the facts through word of mouth from those who watched the two-hour broadcast.

Threatened and angry, CCP officials pressured local police to arrest the involved practitioners as soon as possible. Subsequently, practitioner Gai Xinzhong was captured, and subsequently died due to force-feeding.

The other practitioners--Zhang Caixia, Cheng Fengxiang, Tang Hui, Wang Shengbiao, Li Yueran, and Gong Shuangqin--were illegally sentenced to prison. Of the practitioners arrested, Mr. Cheng Fengxiang (程凤翔) was known to have been tortured in at least eleven different ways. His whereabouts has been unknown for the past nine years. 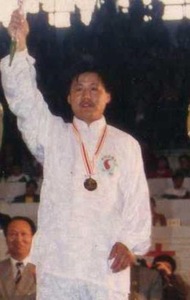 Several police officers, along with Chen Jushan from the Yongnian County National Security Brigade, and the head of the Handan City 610 Office, seized Mr. Cheng Fengxiang on the night of January 28, 2004, and took him to the local police station.

Mr. Cheng had 1,000 yuan with him at the time. The head of the police station, Wang Baoshi, snatched the cash from Mr. Cheng and stuffed it in his own pocket in front of everyone. He sneered at Mr. Cheng, “I'm the head of this police station, Wang Baoshi. We don't need to abide by any laws when dealing with Falun Gong. You can sue me if you want to.”

Mr. Cheng was tortured in the basement of the No. 1 Criminal Investigation Division of the Yongnian County Police Department in Handan City, Hebei Province, using the methods described below.

Chief Yang Qingshe's (杨庆社) first attempt at forcing Mr. Cheng to reveal the location of the equipment used to tap into the TV network involved jamming bamboo spikes under his fingernails. 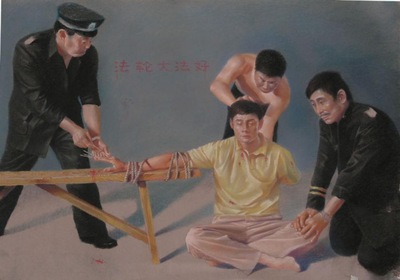 Police officer Wang Ailin (王爱林) covered Mr. Cheng's face with a plastic bag, suspended him by his wrists, and beat him. 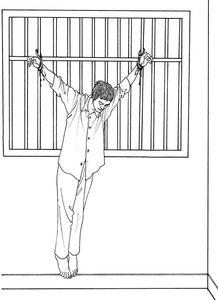 Police officer Xu Zhaoliang (徐兆良) repeatedly kicked Mr. Cheng's torso, breaking his 11th rib on the right side. Mr. Cheng was not treated for the broken rib for an extended period of time.

Xu also restrained Mr. Cheng on an iron chair torture device, preventing him from moving for seven or eight days. He then held a wooden club against Mr. Cheng's shins, ordered two people to step on it, and rolled it back and forth.

As a result of prolonged cold, Mr. Cheng's hands were permanently disabled. 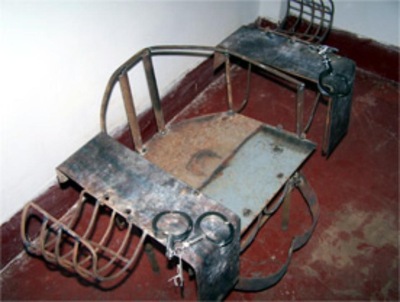 Mr. Cheng was prevented from sleeping for 14 days and had nerve-damaging drugs forced down his throat.

Breaking Through the Media Control in China

Some people do not understand why practitioners tapped into TV networks to broadcast truth-clarifying information. Why did they do it? Who did they do it for? As we all know, in a free country, the media is not controlled by the government. The media's responsibility is to monitor the government, report on matters objectively, and expose any wrongdoing committed by government officials. To some extent, the media helps to protect people's rights.

China's media, however, is completely under the control of the CCP, and its sole purpose is to serve the CCP, which continuously feeds propaganda to the Chinese people in order to maintain control.

All media outlets in China, including TV, radio, and newspapers, have played a key role in propagating the CCP's lies about Falun Gong since the CCP launched the persecution of Falun Gong in July 1999.

For example, on January 23, 2001, the CCP staged a self immolation demonstration on Tiananmen Square, falsely implicating Falun Gong practitioners, and used its own media to report the incident. Millions of Chinese people were deceived by the lies, furthering their hatred of Falun Gong.

In addition to distributing flyers and speaking to their friends and family, practitioners in China also turned to interrupting cable programming to let the public learn the facts about the persecution. It was an effort to protect Chinese people's right to know.

“This Money Is Meant for Dafa”