(Minghui.org) Heilongjiang Women's Prison, located in Harbin City, is one of China's most notorious prisons. Inside its walls the Chinese regime persecutes Falun Gong practitioners in its effort to force them to renounce their belief. Ward No. 11 has become known as the area where practitioners are tortured.

Should practitioners protest the illegal detention and refuse to comply with the guards' demands, the assigned inmates are forced to take on the practitioners' workload, in addition to their own heavy workload. This creates hatred toward practitioners and often intensifies the abuse against them.

The prison assigns practitioners to one of two groups: the “Attack Group,” whose head is criminal inmate Wang Keke (王可可), or the “Reinforcement Group,” which is comprised of brainwashing sessions. The Attack Group includes the most vicious inmates in the prison. Any practitioner who protests the persecution by refusing to work is taken to the Attack Group, where she faces increasingly brutal torture.

Practitioners taken to Ward 11 are subjected to the “small stool” torture. This torture demands that the victim sit up straight for long hours on a small stool, knees bent, hands on knees and feet together, eyes open at all times. 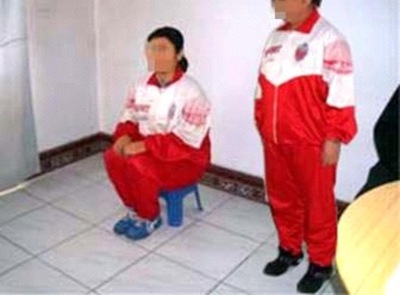 Practitioner Ms. Wang Jianhui (王建辉), a former employee of the Daqing Oilfield General Hospital, was serving a six-year sentence for practicing Falun Gong when Wang Xiaoli was division head of Ward No. 11.

Wang forced Ms. Wang to sit on the “small stool” from 5 a.m. to 9 p.m. daily. This torture resulted in festering sores, and eventually Ms. Wang refused to sit any longer on the stool despite being beaten.

The floor chain is another torture method employed in Ward No. 11. The victim is held in a solitary confinement cell, with hands and feet chained to a ring on the floor. 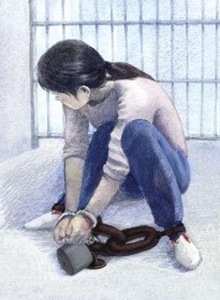 For refusing to sit on the “small stool,” Ge Xuehong transferred Ms. Wang Jianhui to a solitary confinement cell, where her hands and feet were chained to a ring on the floor. She was confined in this paintful position for 15 consecutive days. She had to eat, sleep, and relieve herself while chained to the ring.

When the other two torture methods cannot make a practitioner comply with the guards' demands, they resort to vicious beatings. 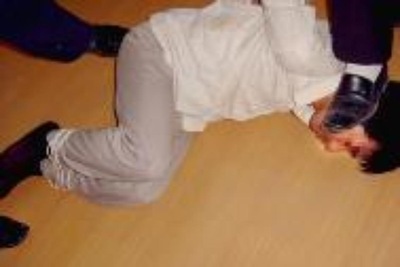 Ms. Wang Jianhui continued to resist the guards' demands, by refusing to sit on a small stool, refusing to answer roll call and refusing to perform forced labor.

Wang Xiaoli and Ge Xuehong ordered five inmates, including Wang Keke to kick Ms. Wang's legs until she fell to the floor. The beatings occurred daily from July 9 to September 9, 2014. When this assault didn't break her, they dragged Ms. Wang Jianhui to an area without a camera where they kicked her in the chest and crotch, and pulled her hair. They stuffed a dirty rag in her mouth and wrapped duct tape around her head to keep her from crying out during the beatings.

Despite the torture and abuse, Ms. Wang held fast to her belief.

“The Song of Dafa Practitioners”