(Minghui.org) Falun Gong practitioners from 35 countries shared their cultivation experiences at the 2014 European Falun Dafa Conference in Madrid on October 5. Many Western practitioners said that they benefited greatly from the sharing.

Appreciating the Opportunity for Cultivation Given by Master 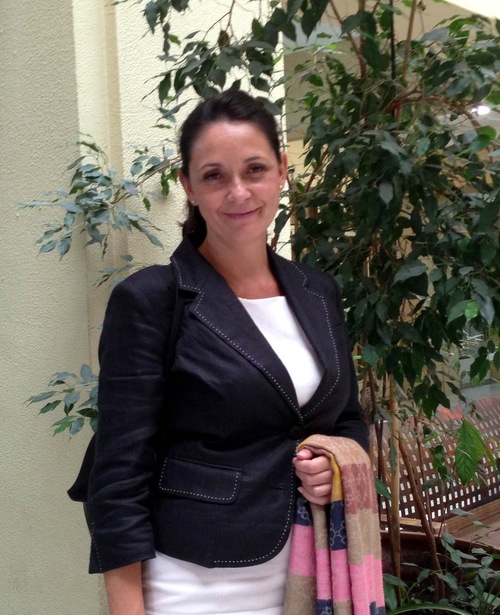 Sandra Flores from Spain started practicing Falun Dafa in 2006. She coordinated public events during the conference. Flores presented a sharing, in which she expressed her appreciation to Master Li Hongzhi for the opportunity to practice self-cultivation.

“Master has arranged the path of my cultivation. Every test arranged by him is an opportunity for me to find and get rid of my attachments,” Flores said.

Flores said she felt nervous before she went up to read her sharing, because so many fellow practitioners were in the audience. “But then I recalled a fellow practitioner's words, 'The purpose of giving a speech is to validate the Fa, not to validate oneself.' I calmed down and felt energy flowing through my body to the tip of my fingers and toes.”

“I calmly and joyfully shared my experiences. I hope my sharing was helpful to fellow practitioners.

“I realized that presenting a sharing in front of other practitioners is a part of cultivation. It is the last step in getting rid of an attachment. Despite looking inward, finding the attachment, and making up my mind to get rid of it, it feels like only through telling others about it publicly can I completely eliminate it from my body. To me, it is the final step to get rid of the attachment. This was my experience today: after sharing, I felt I had completed a process of purification.”

“I believe that Master has arranged every step in our cultivation and has been watching us all along. We must keep righteous thoughts and a pure heart. Only this way will we not betray his benevolent arrangement.” 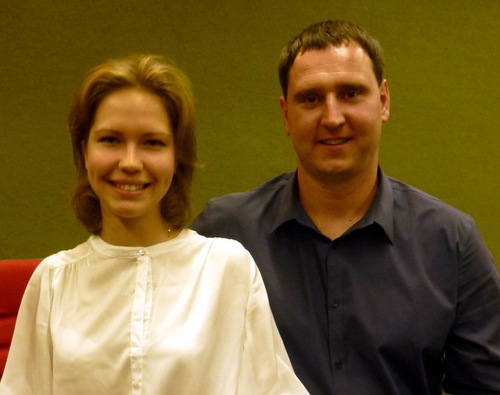 Katerina and Alexander at the 2014 European Falun Dafa Conference.

Katerina and Alexander are a young married couple from Russia. They decided to attend the conference five months ago. “We have both been looking forward to it,” Katerina said.

Katerina started practicing with her mother when she was eight years old but slacked off during her teenage years. “I knew that cultivation is important, but hanging out with my friends seemed more fun to me back then,” she recalled.

Katerina had a dream in 2008 that an older fellow practitioner was asking her for help. She told her mother about the dream. Her mother said, “It was your dream, so it is your responsibility to send forth righteous thoughts to help her.”

“I realized the importance of it. I said to myself that I would not have righteous thoughts or be able to help her if I did not cultivate well. So I became more diligent in cultivation.”

“I regret that I wasted time in cultivation. Master cleaned out a lot of interference for me when I first came back. I will do my best to make up for the time I lost.”

Katerina was impressed by a Spanish practitioner's speech, which discussed coordinating a local Falun Dafa event. In her speech, the practitioner said that conflicts between her and fellow practitioners interfered with everything she needed to do. She shared her experiences of how to get rid of the heart of competitiveness.

“From her sharing I also learned that a cultivator should not easily give up what she needs to do. With solid righteous belief in the Fa, one will break through all the difficulties,” Katerina said.

Alexander learned about Falun Dafa from his father and started to practice in 2009.

“The sharing given by Ms. Han from England touched me,” Alexander said. “She had fear and could not do well when she first started telling people about Falun Dafa in Chinatown. But she became braver a year later and very efficient when convincing Chinese people to quit the Communist Party.”

“I felt that I am in the phase that Ms. Han experienced a year ago. I always want to join a Falun Dafa project, but I am shy and have fear too, so I haven't taken any action. Her sharing really gave me courage. I know what to do now.”

“I hope that I will make significant improvements in cultivation during the next year,” Alexander said, “I will join that project right after I get back home. I will break through my own notions and get rid of my fears.”

Katerina patted her husband on the back and smiled at him.

Cultivating As If Just Starting

Ilias Kotsambouikidis from Greece started practicing 16 years ago. He was happy to attend the conference. “The speeches are the best,” he said. 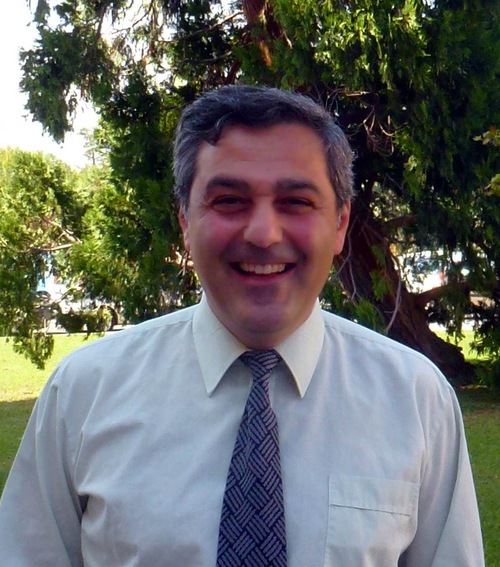 “The speech by Ms. Zhang from Sweden made me think a lot about my own cultivation. Ms. Zhang talked about her cultivation while participating in newspaper marketing work,” Ilias recounted.

“Through the Dafa work, one can always see his or her own attachments. I know that I have a lot of attachments, such as competitiveness. Although they don't show up at the surface, they interfere with me deep in my heart.”

He saw attending the conference as a process of purifying and refreshing himself. Ilias planned to start attending morning group exercises and more group Fa study sessions.

“I have been busy in all kinds of Dafa projects, such as Shen Yun and the art exhibition. But gradually I've slacked off. All of these projects have become like work instead of opportunities for cultivation. The benevolence in my heart has also become thinner.”

“At this conference, I realized that I must go back to the state of cultivation I had when I first started. I must improve myself and get rid of my attachments so that I will develop immense benevolence.”